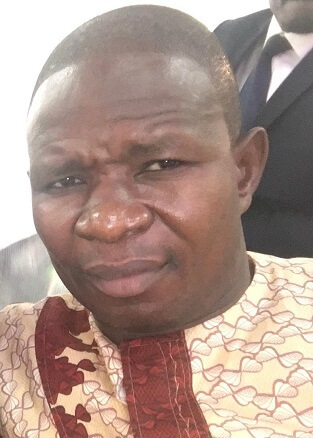 Ever since I spoke out against the December 14, 2019 adoption by some members of the highly respected Egbe Amofin Yoruba, I have received phone calls, WhatsApp messages and harsh ripostes, with some outrightly attacking me or my personality, in the mistaken belief that by so doing, I could be suppressed into silence. A bosom friend and highly respected senior lawyer (names withheld) called me on phone a week ago to advise me thus: “See dear Udems, some of our people are beginning to take these your comments on adoption as an ethnic affair” Below was my quick, respectful, response to him: “But, sir, how can anyone accuse me of working against the Yoruba when the candidate I support (Dr Babatunde Ajibade, SAN) is a true and worthy son of Yorubaland, and when I have written and published several commentaries to insist that, based on the provisions of Part 2.1(d) of the 2nd Schedule to the NBA Constitution (as amended), it is the turn of a Yoruba lawyer from the core Southwest States to occupy the office of the NBA President in 2020?

Again, insisting that the Egbe Amofin “adoption” is “an adoption by Yoruba lawyers and not NBA National Officers,” a learned gentleman who happens to be an NBA Branch Chairman in the southwest, has told me pointblank that I have no business discussing the “adoption” as same and all issues surrounding it, are entirely a “Yoruba affair.” Suggesting that my opinion on the issue does not count, he concluded thus:  “Udems, ..I am a very deep Yoruba person, I know [them] more than you do; you do not know them well and so you are not entitled to discuss anything relating to them, because when the history of these your articles or chats would be told, you will not be there.” With the greatest respect to the learned friend (a respected NBA Branch Chair), I think he has without knowing it, fallen neck deep into three major logical fallacies, which then render his argument both insupportable and unwarrantable. A brief discussion of these as the present paper/commentary proposes to accomplish) will assist to clear all doubts.

At this juncture, and as an aside, may I ask, where were these lawyers who now remind me that I am not a Yoruba man when I wrote the following published commentaries and opinions:

I respectfully suggest that our colleagues should try in all learned discussions to limit themselves to only things and issues that are relevant, and not go about importing irrelevant and sentimental materials as weapons to try to shut up fellow discussants, especially those opposed to their views. From all available facts and publications on the subject, one must continue to embark on objective, analytical discussions for purposes of demonstrating that the “adoption” that was said to have happened on December 14, 2019 reasonably failed to meet legally established, universally accepted and judicially endorsed standards and procedures for validity, fairness and effectiveness, and such is morally and legally unsupportable. Accordingly, as I shall show very shortly, that particular adoption cannot securely, legally or reasonably be accepted (by true lovers of rule of law, advocates of justice and promoters of all-inclusiveness, among whom I belong) to be representative or truly illustrative of the voice or resolution of the majority of Southwest lawyers. As our brother from Ghana, Ernest Agyemang Yeboa, once said, “the beauty of a society is not just in the laws upon which the society revolves, but in how the society regards, upholds and obeys the laws which set boundaries for a beautiful and harmonious society.”  Then, on page 464 of his book, Commentaries on the Constitution of the United States: With a Preliminary Review of the Constitutional History of the Colonies and States, Before the Adoption of the Constitution, Volume 1, Justice Joseph Story of the Supreme Court of the USA has this to say: “Without justice being freely, fully, and impartially administered, neither our persons, nor our rights, nor our property, can be protected. And if these, or either of them, are regulated by no certain laws, and are subject to no certain principles, and are held by no certain tenure, and are redressed, when violated, by no certain remedies, society fails of all its value; and men may as well return to a state of savage and barbarous independence.” What is more?  In his Commencement Address at Yale University, delivered on June 11 1962 then US President, John F. Kennedy stated thus: “The great enemy of truth is very often not the lie–deliberate, contrived and dishonest–but the myth–persistent, persuasive and unrealistic. Too often we hold fast to the cliches of our forebears. We subject all facts to a prefabricated set of interpretations. We enjoy the comfort of opinion without the discomfort of thought.” Finally, as our own Sunday Adelaja observed, “justice suffers when men refuse to stand firm for what is right. If we don’t fight lawlessness, it prevails. If we don’t establish the truth in our nations, truth becomes foreign in the country. God says there is no man when there is nobody who stands for the truth.” Learned gentlemen, I earnestly beg you to stay tuned because resistance to tyranny is service to God Almighty (per James Maddison). I am guided by Thomas Hardy’s advice in Tess of the D’Urbervilles: “if an offense come out of the truth, then better is it that the offense comes than that the truth be concealed.”

Thank you so much.