Home Opinions New NBA And The Lost Power Of Unions 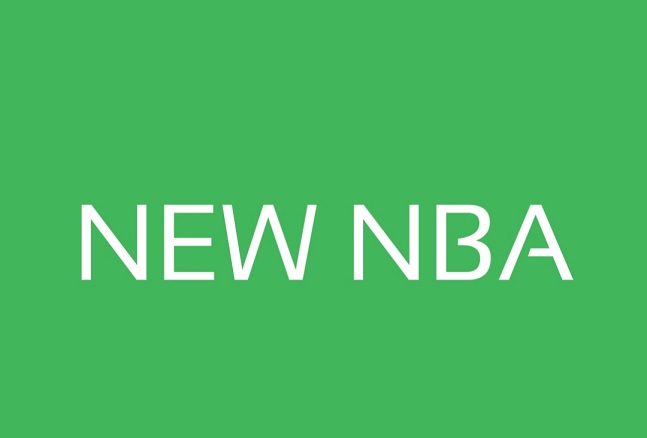 By now, most people are aware that some disgruntled lawyers pulled out of the Nigerian Bar Association and formed a splinter group called the “New NBA”. The disengagement was a culmination of the NBA’s rescinding of a speakership invitation extended to the Kaduna State Governor, Nasir El-Rufai, for their annual conference held last August. Critics had rightly pointed out that a man in charge of a state with prolonged ethnic crisis had no business pontificating at a conference exploring “citizenship.” The NBA de-platformed El-Rufai and faced criticism from the likes of dethroned Emir of Kano, Muhammadu Sanusi II, who said the development was sad for “freedom of speech.” Well, nobody tampered with El-Rufai’s inalienable right to free speech; the NBA merely refused him a platform to express his opinions. Two different things.

When I read the press release issued by leaders of the breakaway group – one Nuhu Ibrahim and Abdulbasit Suleiman – stating their grievances, I was genuinely amazed at the existence of these aggrieved lawyers. If they knew enough law to string sentences together and articulate a grievance against the NBA, where were their voices when the Shiites were massacred in El-Rufai’s Kaduna? The duo of Ibrahim and Suleiman cited principles of fair hearing and human rights and liberties in their press statement. They also stated the necessity of leadership astuteness in managing the diversity of the ethnic and religious worldviews represented in the NBA. How liberal of them!

If they are true believers in the principles of freedom, where was their conviction when a fellow lawyer from Kaduna, one S.S. Umar of Zoo Road (how apposite!) petitioned the police against an atheist, Mubarak Bala? This Umar threatened an orgy of violence unless Bala was punished for mocking their religion. Right away, the police heeded Umar’s petition and threw Bala in jail. He has not had his day in court for whatever offence and has reportedly been barred from seeing his lawyers. Why have these lawyers not raised their voices in his defence? Is Bala not a far more urgent case of breached human rights than El-Rufai who was merely de-platformed? Even if these lawyers disagree with Bala’s atheism, they should at least stand for him and base their decision on the same ideological principles they quoted on behalf of El-Rufai.

Again, where were they to agitate for a debate when a Kano singer, Yahya Sharif-Aminu, was recently sentenced to death by a Sharia court for blasphemy? I have yet to read their press release countering the Kano State Governor, Abdullahi Ganduje, who said he would not hesitate to sign the death sentence of Sharif-Aminu. The same Ganduje caught on camera stuffing his babanriga with alleged dollar bribe will execute a singer for the crime of free expression! Where are the 5,000 lawyers who have reportedly registered with the NNBA to stand up for Sharif-Aminu, a victim of gross injustice? If the NNBA can find enough discontented lawyers to fill up their membership list, it should not be so hard for them to mobilise those members to stand up for justice for Bala and Sharif-Aminu. Let me resound their own proverb to them and hope they take some time to digest its contents: “Idan Kura tana maganin zaho, ta yi ma kanta” (If the hyena has the cure for diarrhoea, let it use it for itself).

If there is something to learn from the moral clarity that informs the formation of the “New NBA” but at the same time exhibits a massive blind spot on its own contradictions, it is how much the organising power of unions has been ceded to running the errands of oppressive administrators. The NNBA is a group of people supposedly imbued with the rationalism that comes with learning and discernment, but their moral force is oriented towards fighting perceived injustice against politicians. The victims of those politicians do not feature on their radar. The NNBA is not unique. A similar malady is endemic in almost all Nigerian unions. Whether they are elite professionals like the NBA, or composed mostly of people at the grassroots like the National Union of Road Transport Workers, or even religious bodies like the Christian Association of Nigeria, their leaders prioritise the interests of powerful politicians. That is why the power of union organisations has considerably waned. Most union leaders are like the former President of the Nigeria Labour Congress, Adams Oshiomole, who has not only become everything he once pretended to fight but is also even far worse.

Union leaders at all levels now seem more invested in developing incestuous relations with politicians than pursuing the ideals that underlie their founding. That was how the National Association of Nigerian Students went from being a firebrand organisation that trained young people for leadership to a collection of ragamuffins hustling for what they will eat. NANS leaders unabashedly drive official cars with customised number plates. When they gather at their regular conventions, you will be hard-pressed to separate them from motor park touts. The issues that affect Nigerian students are far too remote in their agenda, and they will rather serve as politicians’ errand boys than advocate better social practices. During the days of ex-president Olusegun Obasanjo, NANS descended low enough to campaign for his third term.

The same myopia afflicts the NURTW. It is one of the most organised grassroots unions in Nigeria, and perhaps even one of the richest. But they hardly ever use the weight of their members’ strength to advocate social transformation in a beleaguered country like Nigeria. Their leaders are not only busy bedsharing with the same politicians whose unjust policies they should be moderating, they are also accumulating wealth at the expense of their poorer members. Last year, Lagos State came up with a list of traffic violations and attendant hefty fines that would weigh down on road users, especially transport workers. In a place like Lagos where the roads are perennially decrepit and urban infrastructure lacking, it was immoral for the government to dredge up the effrontery to tax people with more fines. Ideally, the government should pay road users for the damage Lagos roads do to their cars and health. One would expect the NURTW to resist the cruelty of more fines without a concomitant level of infrastructural provision, but for where? Their leaders attend the All Progressives Congress meetings like other professional politicians. That is another Nigeria union with huge potential but which has lost sights of its raison d’etre. Its leaders shamelessly fraternise with the powers and principalities they should hold accountable.

As for the NBA itself, I hope they learn a lesson from this episode, and they become more discriminating when they select speakers for their future events. I disagree with the argument in some quarters that the NBA should have used the occasion to engage El-Rufai. Events like the NBA annual conference are not law courts. There is a limit to seriously interrogating anyone at such gatherings. Besides, trying to engage someone like El-Rufai on his indecorous public pronouncements on the massacres in his state, especially at a gathering like the NBA conference, is merely to give legitimacy to his odious opinions. It is not every issue in the world that has two sides and can be debated. They did the right thing by telling him to stay away.

As for the “New NBA”, the fact that it was an embarrassment to a politician that triggered their formation is a pointer to how their future will unfold. To their shame, their priorities in creating a ghetto for like-minded lawyers were not about social justice, or even human rights principles as they touted. If it were, they would have been equally committed to demonstrating their bona fides on the many issues of breached rights and liberties in their backyard. They just wanted a weighty organisation with which they too, like their fellow union leaders, can solicit politicians for power and clout. It is within their right to do it, and we cannot grudge their initiative. Nobody quarrels when the trash offers to take itself out.

The President’s Certificate and the Presumption of Regularity – Rotimi Fawole