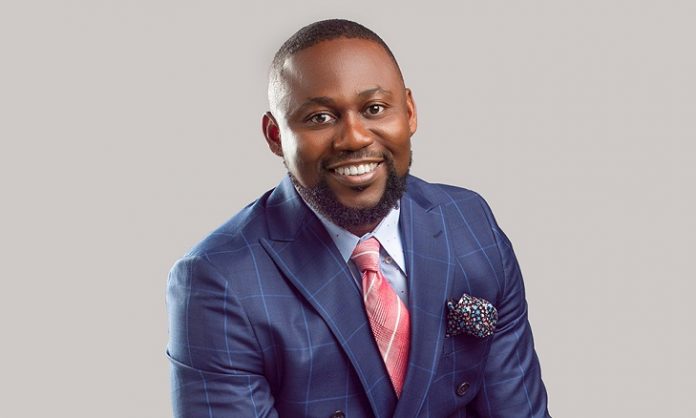 Nigerian Born lawyer, Charles Osuji has been voted one of the Top 25 Most Influential Lawyers in Canada by Canadian Lawyer. He is the first Nigerian-born, internationally-trained lawyer to receive this Award after a few years of relocating to Canada.

According to Canadian Lawyers, being named as one of Canadian Lawyer’s Top 25 Most Influential highlights the important and significant work jurists have done in the last 18 months or so. Some of them may have steered big deals or made the most splash on the news pages, but it’s about their leadership and influence in a larger sphere. It is not a recognition of lifetime achievement. Inclusion in the Top 25 speaks to a level of respect, the ability to influence public opinion and to help shape the laws of this country and others; contribution to the strength and quality of legal services; involvement and impact within the justice community; and social and political influence and involvement.

The Top 25 is split into five areas of influence with five winners in each of the following categories: Young influencers; Business; Changemakers; Human Rights, Advocacy and Criminal; and Government/Non-profits/Associations. Nominees were put in the category in which the individual most recently exercised their influence, which at times might differ from their main area of practice.

Charles Osuji won in the young influencers category along side; Aaron Bains an Associate in Aird & Berlis LLP and president of the South Asian Bar Association-Toronto; Atrisha Lewis a Senior Associate in McCarthy Tétrault LLP Toronto and a social justice advocate who became one of the youngest benchers ever elected to the Law Society of Ontario in 2019;  Talon Regent Lawyer, Regent Law and Nerissa Yan, Associate in Hakemi & Ridgedale LLP

Apart from emerging Top 25 Most Influential Lawyers in Canada, Charles has also won the Entrepreneur of the Year by Diversity Magazine, and repeatedly voted as one of the top 3 Employment and Business lawyers in Calgary by ThreeBestRated, among other awards and recognitions.

Charles Osuji, is the Managing Partner and CEO of Osuji & Smith (formerly, Smith Law Office). A 37 year old firm established by Mr. James Smith in 1980. They grew up half a world apart, and over four decades in-between. Charles joined the firm in 2013 as an articling student and, in a short time, with his energy and enthusiasm in the practice of law, became a Partner in the firm, which was renamed Osuji & Smith Lawyers in 2016. Shortly thereafter, Charles became the sole of owner of the firm and its Managing Partner.

Osuji & Smith has become a thriving small-sized firm that offers multi-generational and multi-cultural perspectives to its client base. The firm’s diverse staff includes lawyers who are educated or trained abroad, as well as individuals who can speak English, Igbo, Mandarin, Cantonese, Bengali, Spanish, Japanese, Korean, French, Hindi, Punjabi and Urdu.

The success of Osuji & Smith is a testament to the fact that when people from different backgrounds come together and focus on shared core values such as excellence and compassion, while ignoring all artificial divides, magic happens. The firm continues to focus on excellence, diversity, inclusion, compassionate representations, and achieving results for our clients.

It is an even greater honor to be placed in such distinguished ranks as those of the past honorees such as Supreme Court of Canada Justices, prominent Judges and inspiring lawyers across Canada.

Being the first Nigerian-born, internationally-trained lawyer to receive this Award after a few years of relocating to Canada with no professional network, I hope this further encourages the continued acceptance and recognition of international talents notwithstanding the sound of their voice, the color of their skin or their heritage. These folks are ever ready to prove their worth and make a difference if they get their foot in the door or given a chance. Believe me (the amazing staff and lawyers at Osuji & Smith Lawyers come from different parts of the world and speak over 12 major languages: www.osujismith.ca). I have chosen to give them a chance.

I am grateful for the support and vote of confidence across Canada and elsewhere from family, friends, colleagues, mentors and my staff at Osuji & Smith Lawyers.

This is for everyone who has given me a chance. #Limitations are imaginary.

Court Adjourns Evans, others’ Case to Nov. 3 for Trial