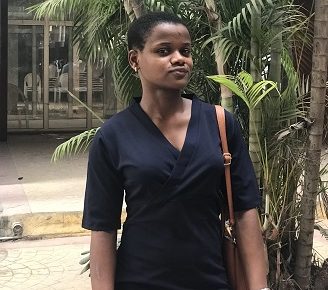 It used to be the case that Private Hospitals request Police report or clearance before administering treatment to gunshot victims, for reasons of Police unfavourable interference, amongst others. As sad as this sounds, it still is the reality this 2020, despite a legislative intervention in 2017 by way of enacting the Compulsory Treatment and Care of Victims of Gunshot Act 2017, hereinafter referred to as “the Act”.

This article provides Hospitals, the Nigerian Police Force, other Security Agencies and members of the public with insight on how to act in the event of a patient, citizen or loved one suffering from gunshot injury.

Key Provisions of the Act

The Act consisting of I6 Sections and being a Federal legislation, is binding on all States in the Federation. The combined effect of sections 1 and 2 of the Act, mandates every Hospital in Nigeria to accept and commence adequate treatment on any person with a gunshot wound, with or without Police clearance / report or even initial monetary deposit. It also reaffirms the constitutional right to dignity of human person of gunshot victims, by providing that they shall not be subjected to torture, inhuman or degrading treatment by any person or authority including the Police and other Security Agencies. Again, it confers a duty to assist gunshot victims to the nearest Hospital, on any good Samaritan including Security Agents around the gunshot scene, who will be respected and protected for rendering such assistance.[1]

ALSO READ   Re Mohammed v. AGF {2021}: When an Appellate Court May Alter the Sentence Passed by a Trial Court -

While a hospital that takes a gunshot victim for treatment, is required to keep record of such; it is also duty bound to report to the nearest Police station within 2 hours of commencing such treatment. Upon receipt of this report, the Police is meant to investigate into circumstances under which the victim was shot and shall not invite the victim in the course of such investigation, except the Chief Medical Officer of the hospital certifies that the victim is fit and no longer in need of urgent medical attention.[2]

The Hospital is notably mandated to notify the relatives of the gunshot victim under their care of that fact, within 24 hours of knowing the victim’s identity.[3]

Any Hospital that fails to report to the Police within two hours of commencing treatment on a gunshot victim, commits an offence and shall be liable on conviction to a fine of 100,000 naira; and any Doctor involved in the treatment, shall be liable to the same fine amount or six months’ imprisonment term or both.[4]

Where any person or body, Police officer or other Security Agent, or Hospital Staff, fail to perform their duty of assistance and treatment under the Act, and it results in the unnecessary death of the gunshot victim, they will be liable on conviction to a fine of 500,000 naira or five years’ imprisonment term or both.[5]

In addition to other penalty in the Act, the Court may order the Hospital to compensate the victim by paying an amount equivalent to the loss suffered by the victim.[6] This remedy is viable where the victim did not die from the gunshot injury, but sustained other form of loss, like loss of leg or other body parts.

Losing money by way of paying Court ordered damages, is not one of a Hospital’s financial goal; hence the need to avoid such liability by adhering to the provisions of the Compulsory Treatment and Care of Victims of Gunshot Act 2017. This underscores the dire need of Hospitals in Nigeria to have an in-house Legal Counsel, who will advise them on legal matters touching on their medical practice.

Aware of its grave consequences, Babatunde Irukera, the Chief Executive of the Federal Competition and Consumer Protection Commission (FCCPC) has warned that the demand of Police report before Hospitals attend to patients, must end.[7]

Though no report is had yet of a case enforcing rights under the Act, there are ongoing cases in Courts in this regard. The Act is plausible and there is so much to gain by aggrieved persons under it. So anyone who encounters such situation where a hospital fails in its duty under the Act, thereby resulting in death or substantial damage to a loved one, can contact a lawyer to help set the law in motion and get justice for the victim.

[1] Section 8, Compulsory Treatment and Care of Victims of Gunshot Act 2017.

[3] Section 10, Compulsory Treatment and Care of Victims of Gunshot Act 2017.

[4] Section 5, Compulsory Treatment and Care of Victims of Gunshot Act 2017.

[5] Section 11, Compulsory Treatment and Care of Victims of Gunshot Act 2017.

ALSO READ   Can the Fundamental Rights of a Deceased be Enforced in Nigeria? - Balogun Sofiyullahi

[6] Section 14, Compulsory Treatment and Care of Victims of Gunshot Act 2017.

Femi Falana SAN And The NBA: Let Elders Act As...