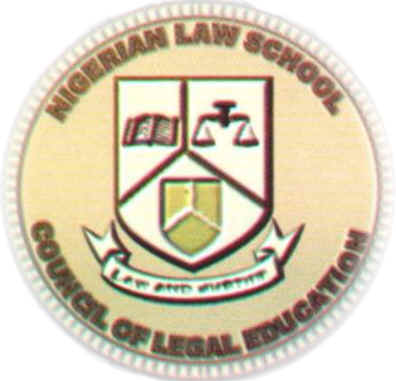 The Nigerian Law School has issued a new grading system which abolishes the conditional pass grade for Law school students.

In a circular signed by the DG Prof. Isah Hayatu SAN and circulated to the Students’ whatsapp and Telegram groups, unlike the old grading threshold which grades a 30-39 grade in one of the courses as “conditional pass”, the new grading threshold removed the conditional pass grade and allows a pass for a student who passes four out of the five courses and scores at least 35% in the fifty provided that such student’s cumulative score is not below 200 marks.

The new condonation grading system is detailed as follows:

First Class Division –Not less than 70% in four (4) Courses and between 40% to 69% in the fifth Course provided the cumulative score is not less than 350 marks. 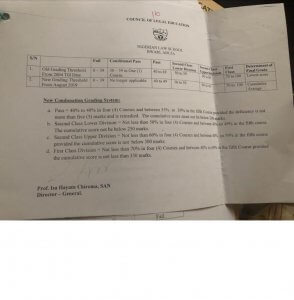 Sylvester Oromoni; The Admissibility of a Dying Declaration of a Child, and Other Matters Arising