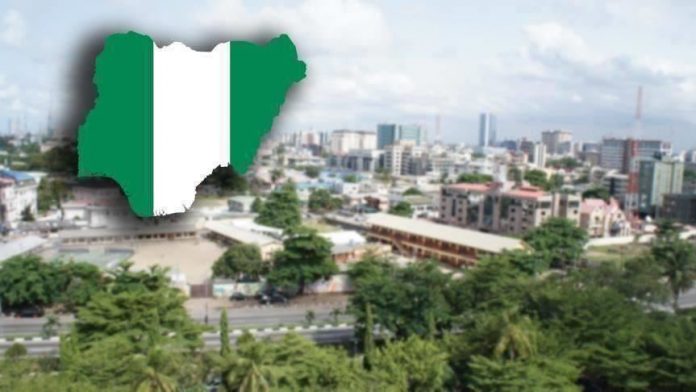 Nkasi Wodu is a lawyer, peacebuilding practitioner, and development expert based in Port Harcourt, Nigeria.

In May 1966, General Johnson Aguiyi-Ironsi, Nigeria’s first military head of state—also known as Johnny Ironside for his exploits in a peacekeeping mission in the Congo—promulgated the infamous Decree No. 34 of 1966, the “unification decree.” The decree effectively did away with the federal system of government practiced by Nigeria since its independence from British colonial rule in 1960. In its place, the general instituted a unitary system of government as a way of discouraging “tribal loyalties and activities which promote tribal consciousness and sectional interests and which must give way to the urgent task of national reconstruction.” The decree suspended aspects of the Nigerian constitution and, with it, the military government arrogated to itself wide discretionary powers. Unknown to the general, the effects of this decree would reverberate well into Nigeria’s sixtieth year as an independent nation.

Since 1966, Nigeria has had several constitutions, each giving broad—and exclusive—powers to the central or federal government, to the detriment of its constituent units. In many countries with federal systems of government, the central government retains some exclusive powers as is necessary to enable uniformity in governance. For example, in the United States, the federal government retains the powers of the treasury, the military, and immigration. In the Nigerian case, the exclusive powers retained by the central government go beyond ensuring uniformity. Successive federal governments have maintained the stranglehold on power, justified by the aim of providing a political solution to the disunity and deep divisions that have existed since the unification decree was passed. The result has been the creation of a gargantuan political entity with a concentration of powers at the center and underdeveloped states.

ALSO READ   Can A Court Convict For Murder In The Absence Of The Corpus Delicti?

The method by which Nigeria allocates revenue between the central government and states impedes the development of a truly federal polity. The 1963 constitution granted regional governments control over natural and human resources found within their territories as well as broad powers to use these resources to fast-track local development. Consequently, big strides were made in areas such as education and agriculture. The oil boom of the 1970s, however, led to an overdependence on oil revenues and the relegation of the agricultural, manufacturing, and service sectors. The growing preeminence of the Supreme Military Council led to the creation of a mono-economy, whereby states became—by no choice of their own—addicted to monthly grants from the central government, leaving them incapable of addressing their deficient infrastructure. As states’ autonomy gradually eroded under decades of military rule, little local competency was left that could offset the poor administration and profligacy of successive military governments. This problem continues despite the return to civilian rule: the 1999 constitution perpetuated the lopsided system in which real power lies in Abuja.

Another victim of Nigeria’s problematic federal system is the security sector, especially in the area of policing, where the federal government has exclusive powers. The constitution continued the practice of operating a highly centralized police structure—a relic of British colonialism. The inflexibility inherent in the policing system has led to an ineffective force, dogged by issues of poor funding, a history of human rights violations, and unqualified allegiance to the central government—all to the detriment of the people. Many experts have called for reforms to the Nigerian police, while others have insisted on dismantling the current centralized system, reestablishing it as a decentralized entity that conforms to international policing standards. These calls have been left unheeded by successive administrations. Consequently, Nigeria is left with unmotivated, undertrained police officers that resort to bribery and extortion to make up for salary shortfalls. Revealingly, the Nigeria Police Force currently sits at the bottom of the International Police Science Association’s World Internal Security and Police Index ranking.

ALSO READ   Preparing for the Inevitable; The Utmost Need to Have a Will - Otomiewo E. Edore

In the energy sector, Nigeria continues to suffer the effects of its flawed federalism. Although the constitution allows both the state and the federal governments to legislate on this sector, it restricts states from making laws that clash with federal legislation. The upshot is that the federal government maintains an effective monopoly with regard to the generation, transmission, and distribution of electricity, relegating the states to legislate on areas not covered by the national grid. The result is a dependence on an antiquated, expensive central grid system and insufficient electric generation capacity, sapping the economy of much-needed growth.

Against this backdrop, various quarters have called for a restructuring of the country. While some of these calls are colored by politics, what is apparent is that as long as the federal government maintains its range of exclusive powers, the country’s structural problems will remain. At present, a gradual reversal is taking place, with increasing pushback for state-controlled police forces and pressure for greater devolution to the states, as illustrated by a constitutional amendment being considered in the National Assembly. To construct a more effective federal system, Nigeria should ditch its unitary preoccupation and equitably distribute power to the states, leaving with them the fiscal autonomy needed to catalyze economic growth—thereby improving prospects for peace and development.

Appraisal of the Constitutionality of Section 22 (3) of Customary Court...