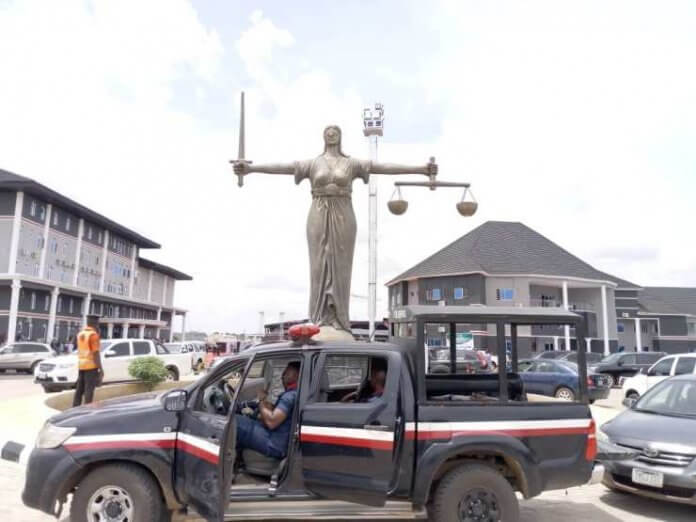 A family court sitting in Owerri, the Imo State capital has arraigned the state director of the National Identity Management Commission (NIMC), Mr. Ikenna Unegbu for allegedly defiling a two years old girl in his office.

The Nation gathered that the incident happened on the 5th of February, 2020, in Unegbu’s office at NIMC, Imo State.

The mother of the victim, Chinonye Obioma, who is also the complaint, had told the court that her daughter was defiled on Wednesday, 5th February 2020, by Unegbu when he took the child from the mother on the guise of consoling her after her mother scolded her for pouring water around the office.

She said, “My daughter went into the office twice with biscuits and groundnuts, only to come out from the director’s office the third time crying.”

The complainant went ahead to explain that she discovered the abnormal movement and posture of her baby after she urinated on their way home.

“When I asked her what happened, she mentioned that Uncle Police (the suspect) removed her pant, and put his stick (penis) inside her bumbum. I went home in tears, seeing reddish, swollen vagina, remains of sperms, tissue paper gummed on her private parts.

“I called the Oga Ikenna (suspect) to enquire what he did with my daughter, and he harshly denied knowledge of the incident,” she told the court.

Obioma, who owns a photography stand within the commission, added that the next day on February 6, she took her baby to the Federal Medical Center, Owerri and Police Hospital to carry test on her daughter, and the doctors confirmed through medical reports that the two year-old girl’s hymen was broken.

She told the court that the medical reports showed that the baby sustained a serious injury after her abuser had penetrated her.

The court presided over by the magistrate; Her Worship Odionyenma ruled that the suspect be granted bail to rearrange on Thursday, 19th March, 2020.

The magistrate explained that the constitution gives protection to both the complainant and the accused, insisting that evidence would be properly weighed to ensure justice was served.