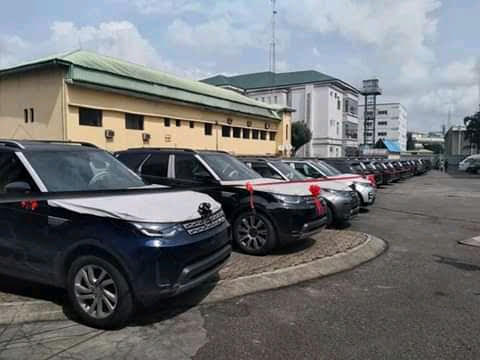 The Rivers State chapter of the Nigerian Labour Congress has expressed unhappiness over the car gifts to judicial officers by Governor Nyesom Wike, describing it as a misplaced priority.

Recall that Wike had on Monday, August 3, handed over 41 sports utility vehicles to judges in the state judiciary, as well as seven judges of the state origin serving in the Federal Judicial Service.

But the state NLC Chairman, Mrs Beatrice Itubo, while speaking on a radio station,  Nigeria Info FM, Port Harcourt, on Wednesday, monitored by our correspondent said the gifts came at a time when the government was complaining of paucity of funds.

“They cannot pay gratuities to retirees, they cannot pay arrears of pension, and workers cannot be promoted. The correct minimum wage has not been paid here in the state and all these are lingering issues.

“Unemployment is high in this state…and you have money to buy 41 SUVs. The amount for those vehicles can pay more than 200 retirees their gratuities. Honestly, I don’t understand what is going on in this state,” Itubo stated.

The labour leader said she also questioned why in a space of three years, cars were given to judicial officers’ three times.

“Those who are really working in the state judiciary, who are not judicial officers, what has happened to them? Some of them have not been promoted for years. Some of them who are still on level 10 are supposed to be on grade level 16. Nothing is happening in that direction,” she added.