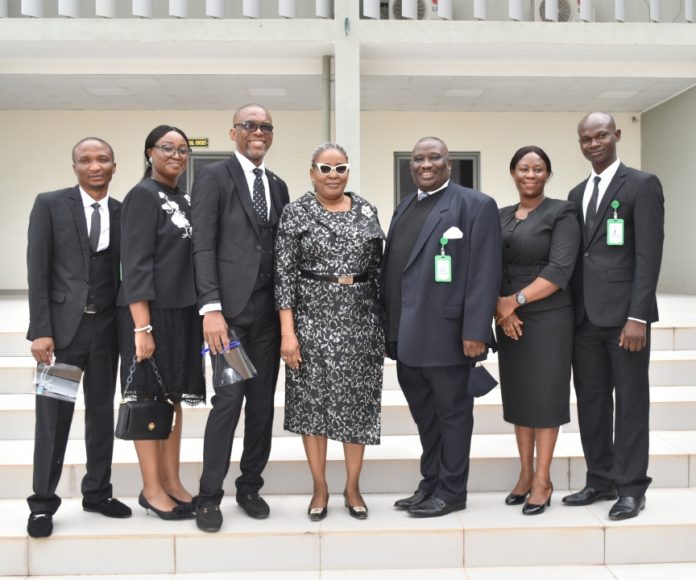 The Chief Judge of Ogun, Justice Mosunmola Dipeolu, on Monday swore-in Chief and Senior Magistrates, urging them to uphold the ethics of the profession and dispense justice without fear and favour.

Dipeolu, while administering the oath of office on the six newly appointed Chief and Senior Magistrates at the state High Court in Kobape, said the appointment was imperative to ensure speedy dispensation of justice.

“I discovered that Ogun state Judiciary had a fast deteriorating Kwashiorkor scale in which we had only five Chief Magistrates in the entire judiciary in the state.

“This number was grossly insufficient to handle the fast rising number of civil and criminal matters that were strictly within the jurisdiction of Chief Magistrates.

She advised the newly appointed Chief and Senior Magistrates to resist the temptation of abusing judicial powers in the course of dispensing justice.

The Chief Judge noted that judicial officers had the constitutional duty to serve the nation competently, diligently, fairly, professionally and speedily.

She said their conduct must therefore be professional, noting that judicial officers must earn the trust, respect and confidence of the people they serve.

The Chief Judge also enjoined them to be honest in their dealings as well as be hardworking, diligent, time conscious, reliable and deal with citizens and litigants who appear before them with human face.

She further implored them not to be carried away with the enormous powers which various laws had conferred on them.

Echoes From The Court Room: “My First Court Appearance”