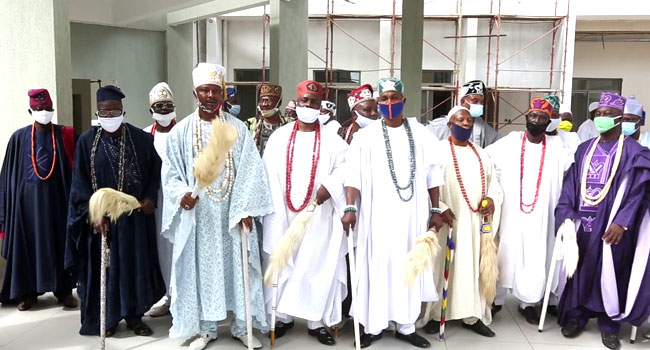 An Ogun State High Court sitting in Abeokuta, the state capital has restrained the state government from sacking 75 Coronet Obas from their communities.

Justice A. Akinyemi gave the interlocutory injunction on Tuesday in a ruling on the suit filed by the traditional rulers.

He also ruled that the state government and the Coronet Obas should maintain the status quo, pending the determination of the substantive case initiated by the claimants.

The judge, thereafter, adjourned the case until July 7 for further hearing.

While the lead counsel to the claimants, Olumide Oniyire, described the interlocutory injunction as a welcome development, the counsel to the state government, O. Dankuwo, refused to speak about the court’s decision.

The monarchs had approached the court to challenge and restrain the state government from deposing them.

They were deposed on February 6, 2020, as the state government described the processes of their appointment and upgrade as illegal.

About two weeks before he left office, the administration of former Governor Ibikunle Amosun presented letters of appointment and promotion to the 75 Coronet Obas on May 13, 2019.