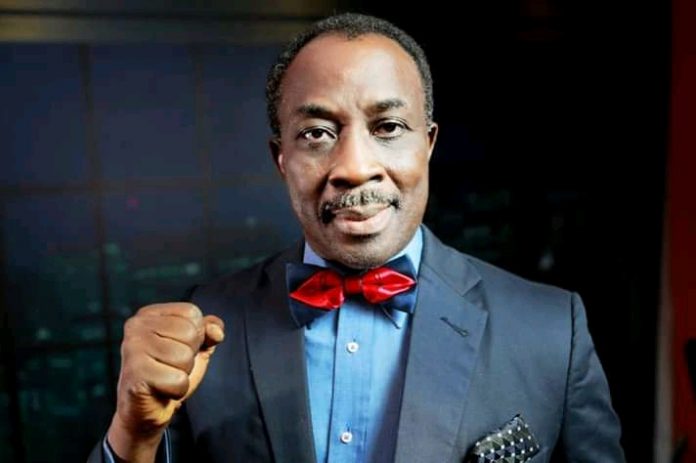 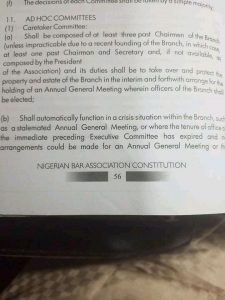 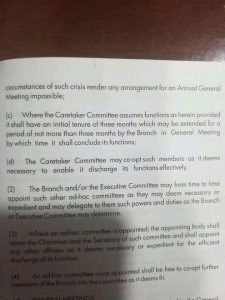 I consider it important to have this communication with you . Kindly permit my direct thrust . You are a gentleman who likes to cut straight to the cheese, too. It’s about a week ago now that you set up for the NBA IKEJA BRANCH , a nine person CareTaker Committee . Eight of the gentlemen are from the Branch while one , incidentally the leader thereof, in the person of Seni Adio, Esq , S A N , is from outside the Branch , specifically from the Lagos Bar .

A simple reading of Section 11(1) clearly states those who are eligible to be appointed into the Caretaker Committee of a Branch of the NBA by the President of the Bar. They are members who have attained he status of being ‘ past Chairmen’ of the Branch in question . These ‘titled men ‘ appointees must number at least three . The constitution immediately goes on to state where this specific stipulation can be derogated from and the circumstances of the derogation was specific and singular ,- : where the young age of the affected Branch prevents an adequate supply of past chairmen .

It appears apparent that the intendment of this section is that the services and influence of past apex leadership cadres of troubled Branches be utilised to bail out such Branches from unusual and unforseen challenges .

I submit respectfully , Mr President , that in the light of clear historical reality of overabundance of qualified materials highlighted above , you cannot lawfully and properly compose outside of constitutional stipulates of past Chairmen membership, a Caretaker Committee of the Ikeja Branch in the manner as you have done .

I believe and quite strongly too, that you have the best interests of the Ikeja Branch at heart in setting up a new committee in place of the defunct Bisi Ade- Ademuwagun but the composition of the Adio Caretaker Committee is not in tandem with the Constitution and it will be a lose- lose situation , if not in the immediate , certainly in the future. Presently , you have created by the composition a situation that may give life to a dramatization of an EX NIHILO, NIHILO EST theatre and where that does not materialise , you create an unwholesome precedent .

I , as a well wisher, advise your retracing from taking steps suggestive of following the ruinous steps of many of your predecessors who specialised in riding roughshod over the constitution of the Association in the management of the affairs of the Bar , construing themselves as Caesars .

Finally , I do not see any exigency or emergency of any special circumstances created by crisis at the Ikeja Bar to warrant your abandonment of clear constitutional constraints in the matter of composition of a competent Caretaker Committee .

I have made public, here, my perspectives on your decision on the Ikeja Bar under reference , so that I will escape the harsh verdict of history as being one of those with voice but who elected to keep silent when things were going wrong in their community .