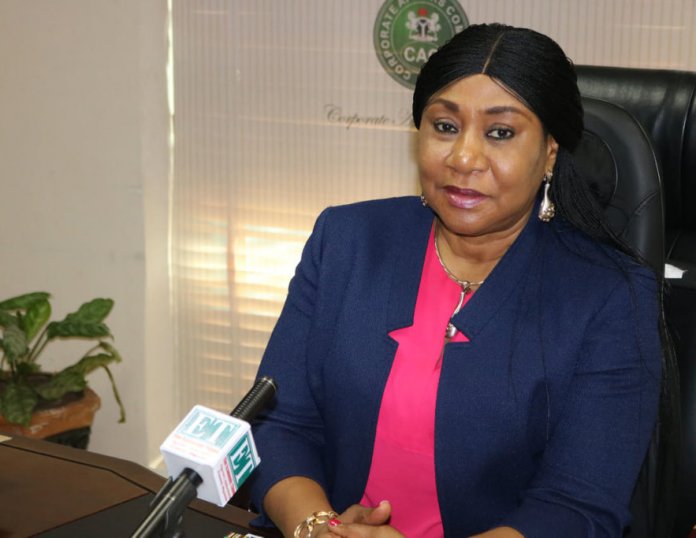 The Code of Conduct Tribunal on Monday said it may vacate the order it made asking Azuka Azinge to step aside as the acting Registrar-General of the Corporate Affairs Commission (CAC), pending the determination of her trial.

A member of the CCT three member-panel, Julie Anabor, made this known on Monday, in reaction to a complaint made by Mrs Azinge’s lawyer, Abiodun Owonikoko, who said they were not aware of the ex-parte application filed by the prosecution.

“The order was given by this tribunal as an interim order and not perpetual. All the counter and better affidavit put together would be looked into and the interim order can be vacated,” Mrs Anabor said.

The Nigerian government is prosecuting Mrs Azinge on charges of breach of code of conduct for public officers.

Mrs Azinge was arraigned before the tribunal on December 23, on an 11-count charge. The government says she was accused of concealing her naira, euro and dollar domiciliary accounts in Access Bank Plc and Standard Chartered Bank.

She is also accused of receiving allowances she was not entitled to as an acting Registrar-General of the CAC.

Mrs Azinge pleaded not guilty when the charges were read to her on December 23.

The tribunal then fixed January 29, 2020, for the commencement of her trial.

Rather than wait for the trial, however, the Code of Conduct Bureau (CCB), apparently eager to get her out of office, approached the court for an ex-parte order.

The tribunal on December 24 heard and granted the prosecution’s ex-parte request.

An ex-parte order is one granted a requesting party in the absence of the other party to the suit. In this case, Mrs Azinge’s counsel was not notified or represented when the order was granted.

A similar controversial order was what was used to oust the former chief justice of Nigeria, Walter Onnoghen, a move condemned by the appeal court.

The three-member panel of the tribunal led by Danladi Umar, had on December 24 made the order for the suspension of Mrs Azinge, following an ex parte application brought by the prosecution lawyer, Musa Ibrahim.

The tribunal directed the Minister of Industry, Trade and Investment to execute the order of suspension to subsist, pending the hearing and determination of the motion on notice dated and filed on December 17.

Mr Umar said Mrs Azinge is to remain on suspension pending the conclusion of her trial.

At the resumed hearing of the matter on Monday, the defendant lawyer informed the tribunal that they did not receive any process ordering them to appear before it today as they were aware that the matter was adjourned to January 29.

Mr Owonikoko said they learned of Monday’s sitting and the ex-parte order made by the CCT from the media.

He said he was served with the motion on notice on Monday, at the tribunal.

Mrs Azinge’s lawyer asked the tribunal for an adjournment to enable the defendant react to the processes.

The tribunal chairman granted the request and adjourned to January 29, for the hearing of the motion on notice.

Addressing journalists shortly after the court session, the chairman of the Nigerian Bar Association, Abuja Branch, Folarin Aluko, who witnessed the court proceedings, said the ex parte order was not obtained in line with extant laws.

Mr Aluko said the NBA would continue to monitor the case to ensure that the rule of law is adhered to.

Court Of Appeal Reverses Deregistration of 22 Parties By INEC