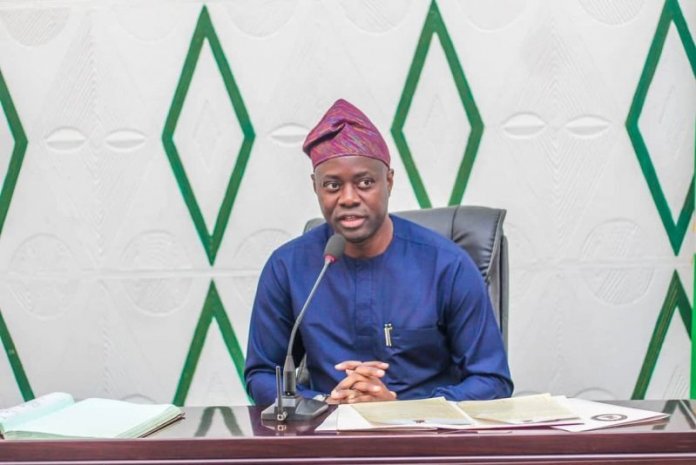 Recently, the Oyo State Governement raised a Bond of 100 Billion Naira for the funding of the following projects: 1. Iseyin – Ogbomoso Road 2. Ibadan Airport Upgrade 3. Ibadan Dry Port and Ibadan Rail corridor 4. Ibadan Ring road.
It is of no doubt that the aim behind these projects are lofty and good intentioned; but the biting Legal question is that: Can Oyo State Governement raise a Bond for a Project not contained in the Budget or properly appropriated for under the Law?

Having perused through the Oyo State 2020 Appropriation Law and Looking at the relevant provisons of the Constitution, the decision to raise Bond to spend on the projects are Illegal.
Public money should be spent only according to the provisions and stipulation of the Law. The budget of every state is a Law on its own, passed by the Legislature. This ensures that legal control and public accountability are properly enforced.
When State Government raises bonds, or borrows funds, it is public money because it is the people that will still pay for it.
Section 120 to 129 of the 1999 Constitution of Nigeria provides for Powers and Control over public fund. This is found under Part II (House of Assembly of a State) of Chapter V (The Legislature) of the 1999 Constitution (as Amended).
Going by the above provisons, a State government cannot spend any money outside of the budget of the State. Any project not included in the State Appropriation Law cannot be funded by the State except through the stipulated procedure of the Law e.g through section 122(where the budget is not yet passed), 123 (contingency fund) or through supplementary Appropriation Law.

Section 122 of the Nigerian 1999 Constitution
Authorisation of expenditure in default of appropriations
If the Appropriation Bill in respect of any financial year has not been passed into Law by the beginning of the financial year, the Governor may authorise the withdrawal of moneys from the Consolidated Revenue Fund of the State for the purpose of meeting expenditure necessary to carry on the services of the government for a period not exceeding six months or until the coming into operation of the Law, whichever is the earlier:
Provided that the withdrawal in respect of any such period shall not exceed the amount authorised to be withdrawn from the Consolidated Revenue Fund of the State under the provisions of the Appropriation Law passed by the House of Assembly for the corresponding period in the immediately preceding financial year, being an amount proportionate to the total amount so authorised for the immediately preceding financial year.

Section 123 of the Nigerian 1999 Constitution
Contingencies Fund
(1) A House of Assembly may by Law make provisions for the establishment of a Contingencies Fund for the State and for authorising the Governor, if satisfied that there has arisen an urgent and unforeseen need for expenditure for which no other provision exists, to make advances from the Fund to meet that need.
(2) Where any advance is made in accordance with the provisions of this section, a Supplementary Estimate shall be presented and a Supplementary Appropriation Bill shall be introduced as soon as possible for the purpose of replacing the amount so advanced

Going by the above, a borrowed fund and a bond raised for the State are all Public money to be paid into the the Consolidated account, see ANAMBRA STATE GOVERNMENT & ANOR v. OBIORA (2013) LPELR-CA/E/400/2008
The only conditions for withdrawal from the Consolidated account are those stipulated in section 120 of the 1999 Constituion (Supra).
Where it appears that any project to be carried out by a State is not expressly provided for in the State Budget, then no money can be charged to such project from the State consolidated account.

In conclusion and in the light of the above, I will strongly urge the Oyo State Government to re-trace its steps in Law and do the needful as required by the Constituion, by passing a supplementary Appropriation Law to include the projects not previously included so as to be able to use the raised Bond through the Consolidated account to fund them.