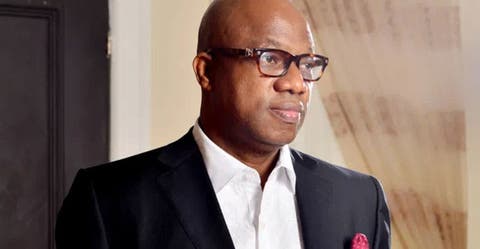 Ogun State Governor, Prince Dapo Abiodun has inaugurated the State Judiciary Panel of Investigation on the #ENSARS protest with a call on members to make fairness, firmness, dedication, and objectivity their watchwords.

The governor, who spoke while inaugurating the panel in his office at Oke-Mosan, Abeokuta, enjoined the panel to shun all acts that could impact negatively on their assignment.

He urged stakeholders in the security, peace, and conflict resolution processes as well as the mass media to give the Panel the needed support to succeed.

“It is imperative that you make fairness, firmness, dedication, and objectivity your watchword. You must shun all acts of which could impact negatively on your duty. In the same vein, I enjoin all stakeholders in the security; peace, and conflict resolution process; the mass media; and, in fact, all the people of our dear State to give this Judicial Panel of Investigation all the necessary support and cooperation needed for them to succeed”, he said.

He added “Though, this panel has six months to conclude this assignment, but, we will not wait for six months before we begin to implement. They will be taking the reports in phases so we can take immediate action”.

According to the governor, the terms of reference for the Judicial Panel of Investigation are to receive and investigate complaints of police brutality, human right violation, or related extrajudicial killings in the state; evaluation of the evidence presented or other surrounding circumstances, and draw a conclusion as to “the validity of the complaints and recommend compensation and other remedial measures more appropriate so that cheques can be issued; determine the officers responsible in the abuse of victims and recommend their prosecution, make recommendations to the Ogun State government on how to ensure that Security agencies no longer abuse the rights of our citizens.”

Abiodun who also added that his administration has put in place a conducive atmosphere for the panel to meet and receive memoranda from the public noted that the panel can be reached at the Conference room of the New Judiciary Complex, Kobape, Abeokuta, through an email; endsarsjudicialpanel@ogunstate.gov.ng or through the following numbers; 07080601223, 07080601224 and 07080601225.
’
Aside from the Judicial Panel of Investigation on Human Rights Abuses in the state, a Special Security and Human Rights Committee was also set up under the chairmanship of the Ogun State Governor, Prince Dapo Abiodun, while the Human Rights Complaint Office with an Ombudsman and two other members were also set up.

While appealing to the youth to sheathe their swords, as their voices have been heard locally and globally, Prince Abiodun noted that governments at the different levels and the various agencies of government are already acceding to their requests, adding that the hosting of the NEC meeting and its resolutions are demonstrations of the commitment of the President Muhammadu Buhari led the federal government to find long-lasting solutions to the issues raised by the protest.

Responding, the Chairman of the Panel, Retired Justice Solomon Olugbemi, thanked the governor for the confident reposed in him and his team, pledging that the panel would ensure that justice is served to everyone irrespective of social or political standing in the society