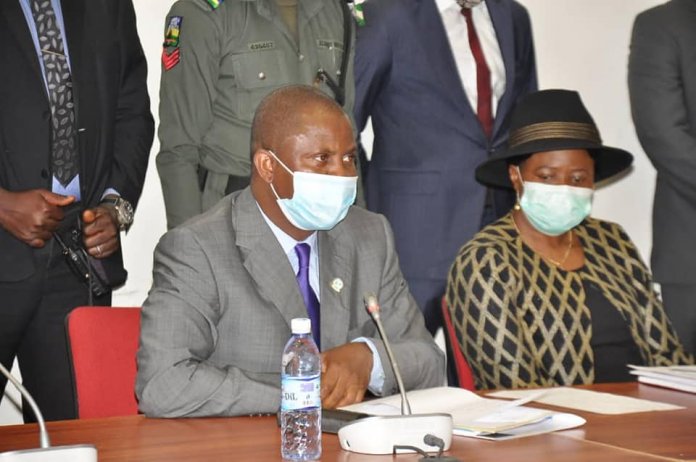 President of the Senate, Ahmad Lawan, has said that the National Assembly will provide necessary legislative support needed to carry out Judicial reforms.

Lawan made this known in his remarks after the Senate confirmed Hon. Justice Monica Dongban-Mensem as President of the Court of Appeal.

Dongban-Mensem’s confirmation followed consideration of the report of the Senate Committee on Judiciary, Human Rights and Legal Matters.

Chairman of the Committee, Senator Michael Opeyemi Bamidele (APC – Ekiti Central) while reading the report of the committee said that the nominee “has the experience, comportment, exposure and possess the requisite leadership qualities of a Judicial Officer to effectively run the Court of Appeal.”

The Senate President while congratulating the nominee on her confirmation, underscored the urgent need for reforms in the Judiciary.

“Let me join all our colleagues who contributed or commented on the report of the Committee, and of course, the extolling of the virtues of the nominee.

The Judiciary needs a lot of reforms. The National Assembly, and Senate, in particular, is available at all times to provide the legislative support and interventions that will be necessary for the reforms.”

According to Lawan, “the Justice system in this country must protect the weakest, particularly amongst us. That is the essence without prejudice to those who are very powerful.”

DNL Legal & Style Set to Sponsor Young Lawyers to the...