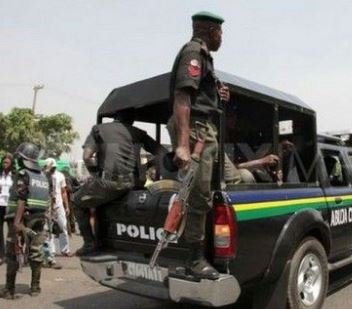 Lagos State Police Command on Sunday said it arrested 720 suspects during simultaneous raids on black spots across the 14 area commands in the state.

A statement by the spokesman, Olumuyiwa Adejobi, said the raids were done about 7am on Sunday. Items recovered included substances suspected to be cocaine, marijuana, locally-made guns with live cartridges, charms and items suspected to have been looted during the #EndSARS protests.

Adejobi said the arrests and recoveries followed the re-launch of the command’s anti-crime strategies. He added that areas covered were identified black spots, reasonably believed to be harbouring criminals and hoodlums.

The statement reads: “720 suspects were arrested, and incriminating items, including locally-made guns and life cartridges, charms, weed suspected to be Indian hemp, substances suspected to be cocaine and some items suspected to have been looted during #EndSARS violence, were recovered from them.

“The Commissioner of Police, Hakeem Odumosu, had earlier warned and directed officers and men to move against lawlessness and criminality. He affirmed the command’s zeal to sustain the operations, even beyond the yuletide.”

Odumose has directed the Deputy Commissioner of Police (DCP) in charge of SCID to begin discreet investigation of the suspects for prosecution, Adejobi added.

Alleged Homicide: I Spent N60m on Ummukulsum Because I Loved Her...