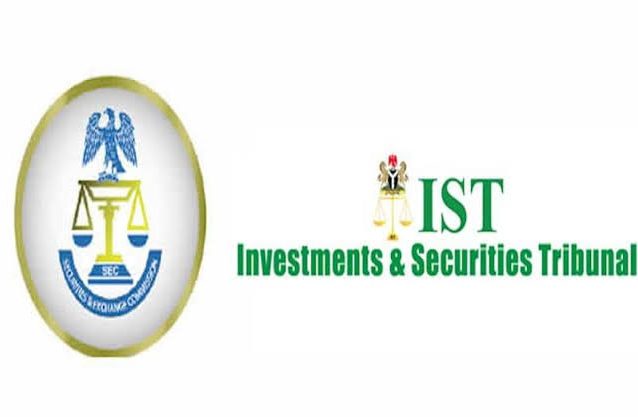 His appointment is for five years effective July 2020.  The President also reappointed Bar. Nosa Osemwengie as a full time member of the Tribunal for another term of four years. Osemwengie had served as director (legal) and acting Chief Registrar of the IST at various times.
The IST is a specialised court for the resolution of disputes in the Nigerian capital market industry.

Before his appointment as a member/ judge of the tribunal, Osemwengie had served as Director (Registry Department) and the Director (Legal Services) at the Tribunal. He had also served as Acting Chief Registrar (administrative head)  of the Tribunal.  He was a member of the National Committee that drafted the Investments & Securities Act (ISA), 2007.

Osemwengie attended the University of Lagos, Akoka where he obtained a Bachelor’s Degree in Mass Communication, (Second Class Upper) Division, emerging as the Best Overall Department student in 1985. He also obtained a Bachelor of Law degree from the same University of Lagos, Akoka. He was called to the Nigerian Bar in 1989. He also holds a Masters in Business Administration (MBA) (1996) and is an associate member of the Chartered Institute of Mediators & Conciliators, Nigeria.

Osemwengie started his working career as a judicial reporter with The Guardian newspapers in 1985. Upon being called to the Bar in 1989, he worked with the Law firm of Fred Agbaje & Co. as counsel. He joined Magnum Trust Bank Ltd. (now Sterling Bank Plc.), Lagos in 1992 and worked in various departments including Corporate Banking, Customer Service, Legal and Personnel.

He returned to active law practice in November 1996 with the establishment of Nosa Osemwengie & Co, a law firm with head office in Lagos and branches in Abuja and Benin City.

He founded Global Investors’ Protection and Enlightenment Network (GIPEN), an NGO for the protection of investors’ rights. He was in practice until 2005 when he joined the IST.

Osemwengie has attended many judicial and capital market trainings at home and abroad. He is an Alumnus of National Judicial College, Reno, Nevada, USA 2011. He also had internship training with the Superior Court of New Jersey, Newark in 2006 and attended several trainings organized by United States Securities and Exchange Commission, Washington, D.C. and toured many Exchanges across the globe. He is a member of many professional associations, including the International Bar Association.In the course of his assignment as a judge of the Tribunal, he has delivered many landmark judgments.