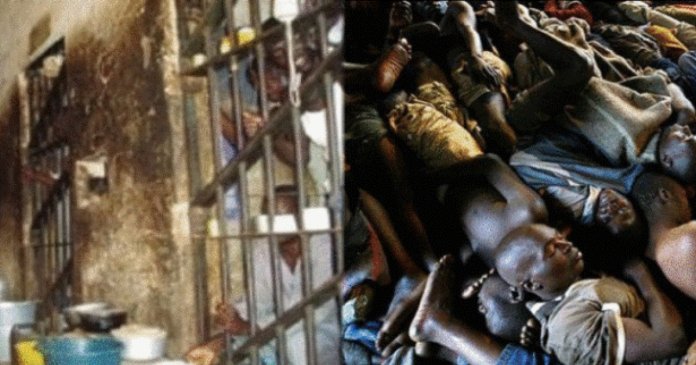 In a bid to decongest Correctional Centres across the country, legal practitioners have offered to provide probono (free) legal services to indigent detainees.

The lawyers said apart from decongesting the centres, the free legal services to awaiting trial inmates will also help to reduce the possible spread of COVID-19 in the prisons.

Accordingly, they called for a conducive atmosphere to enable them render free legal services to secure the release of some of the awaiting trial inmates languishing in prison facilities across the country due to lack of defence counsels to prove their innocence .

The lawyers who spoke exclusively with Leadership in separate interviews said it was disheartening that many able-bodied Nigerians are wasting away in correctional centres as awaiting trial inmates.

They said they were moved by the need to move this category of inmates out of prison to enable them contribute to the economic development of the country.

A Senior Advocate of Nigeria (SAN), Olalekan Ojo, noted that the war against COVID-19 in Nigeria is what is fueling the lawyers’ belief that a free and effective legal services will see many of the detainees go home to reunite with their family.

He said, “Many of the awaiting trial inmates cannot afford to pay for legal services and there are even some cases where the offences carry capital punishment, the trial court cannot proceed without legal representation for the defendant.

“So, if we offer probono service, it will go a long way in reducing the backlog of cases in court, and by implication help decongest the prisons. I am totally in support of such. It has worked in the past, it will work again.

“Our colleagues should be encouraged. First and foremost, a lawyer should see himself as part of the social engineering crusade in any society, you are not a lawyer only for the purpose of making money, you are a professional and the society expects so much from you and part of such expectations is rendering probono services where it is possible.”

Ojo added that every lawyer should be encouraged to offer probono services, and not only those seeking to be appointed Senior Advocates of Nigeria (SAN).

Similarly, vice chairperson of the Nigerian Bar Association (NBA), Abuja branch, Chioma Onyenucheya-Uko, said there are persons who are awaiting trial and sometimes they go through trial without legal representation.

She said while the Legal Aid Council is doing a lot to help, there is need for help from outside.

“I have observed that most of these inmates cannot afford the services of a lawyer. That is why some of us are volunteering our services to help them. It is possible their offences are just minor offences that do not require so much, but because they have nobody to defend them, they are abandoned ther,” she stated.

Uko who is leading the Human Right Committee of the Abuja branch of the NBA, said there was need for all lawyers to engage fully in probono services.

“The NBA Abuja branch of which I am the vice chairman and head of the Human Right Committee have already articulated this, and very soon you will see how we engage in free legal works and we are already encouraging our colleagues both within and outside Abuja to key into probono services and of course to see to the administration of justice generally,” she said.

Also, a human rights lawyer and convener, “Hope Behind Bars”,

Mrs Oluwafunke Adeoye said, “As at July 2020, 72.7 per cent of incarcerated persons across Nigeria’s Correctional facilities are awaiting trial.

“This is so despite the efforts of the federal and state governments to decongest the centres because of the Coronavirus pandemic within the past four months.”

She noted that with the restriction on visits to custodial and correctional centres to prevent coronavirus from getting into Nigeria’s Correctional Facilities, the human rights of several indigent pre-trial detainees are violated as they are being denied access to justice.

“Most of our clients are themselves victims of circumstance. One of our clients, Chris, spent six years awaiting trial for an offense he didn’t commit after being picked up by the Special Anti-robbery Squad (SARS) on his way back from school.

“It has been a year and several months since we secured his release and today, he has reintegrated properly and is currently working in a church. We have a client who spent five years awaiting trial for stealing a laptop that had been refunded. This particular client was practically abandoned in prison.

“We have another client who was arrested because of his neighbour and was also forgotten in prison for three years. We filed a fundamental human rights action against the police which we won in his favour with damages. We also have success stories relating to women behind bars.

“We have represented several women who found themselves in prison as a result of domestic issues and power tussles with their spouse. None of the clients we represented have returned to prison as it is the case. We keep a close tab on them and they are all re-integrating properly based in their will power and support from us.”

She further said Flemer Project Initiative in partnership with Hope behind Bars Africa Initiative is funded by Partners West Africa and The Hague Institute for Innovation of Law (Hill).

She continued: “Flemer Project Initiative is an organisation that helps indigent pretrial detainees conclude their matters in court as quickly as possible with the help of young volunteer lawyers, and uses technology to monitor the progress of representation provided by the lawyers.

“Hope behind Bars Africa is an organisation with the mission of being a beacon of hope to the incarcerated using action, education, and advocacy. Both organisations have previously provided free legal representation to over 130 indigent pretrial detainees in Lagos and F.C.T, Abia, Edo, Niger and Nasarawa state respectively.”