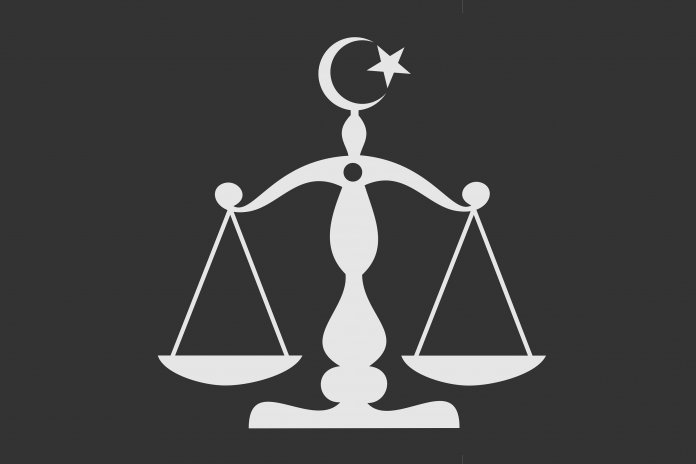 A professor of Law, Prof. Kamal Dawud, on Saturday called for the re-enforcement of Shari’a Law in some parts of Nigeria.

Dawud, also a lecturer at University of Maiduguri, made the appeal at the National Executive Committee Meeting (NEC) of Muslim Lawyers of Nigeria (MULAN) in Dutse.

The don, who spoke on “Catalysing The Attainment of Justice In Nigeria Through The Instructions of Shari’a”, noted that Shari’a had been practiced in some parts of the country long before the coming of colonialists.

Dawud urged the National Assembly to lay the foundation for the implementation of Shari’a in Nigeria by amending appropriate provisions of the constitution.

According to him, there is the need for government and scholars to educate Christians that there is no any move to Islamise the country through the reintroduction of Shari’a practice.

“This is the time, the National Assembly this time around could do if not all but lay the foundation for the implementation of Shari’a in Nigeria by amending the appropriate provisions of the Constitution.

“Time has also come to speak out and dialogue and get the Christians of Nigeria know that there is no move towards the Islamisation of Nigeria as the Shari’a will only be applied on the Muslims and no otherwise.

“And that Shari’a has been in operation in some part of Nigeria long before the coming of the colonialist and there is need to its restoration hence this move,” the professor explained.

Dawud, who described Shari’a “as a complete way of life”, which encompasses all aspects of human life; the religious, social, legal, economic, political and intellectual spheres, said it upholds justice, fairness and tolerance.

According to him, the application of its legal aspect to Muslim social life is considered mandatory, adding that the administration of justice is always regarded as one of the most important functions of any Muslim government.

“It is incumbent upon the leadership of the Muslim Community, according to the Shari’a, to establish and maintain justice among the members of the society.

“Shari’a is sets of law ordained by Allah in the Qur’an and as practiced through the traditions, sayings and actions of Prophet Muhammad (Peace be upon him).

“The law also contains the interpretations and expositions of the Prophet’s companions and renowned Islamic scholars of all ages.

“Shari’a is a divine law; with its interpretations, meanings and understanding may differ depending on period, and understanding of the scholars considering the time, the environment and circumstances,” he added.

Dawud pointed out that human rights under the Shari’a include that the citizen’s freedom of movement, expression, religion and other forms of development are not unnecessarily disturbed except in accordance with due process of law.

Earlier, the National President of the Association, Prof. F. Adeleke, who described the NEC meeting as “special”, said some decisions would be taken with regards to certain actions that affect the entire Muslim community in the country.

Adeleke also urged members of the association to support the government and other relevant agencies in the fight against insecurity.

“It is my prayer that soonest Allah will grant us victory over those who are making the country insecure,” Adeleke prayed.

The Chairman of the association in the state, Mr Muhammad Lamin, pointed out that Shari’a, an instrument of attaining justice, could only be achieved through all stakeholders.

Lamin also urged the government to be keen in knowing the caliber of persons to be appointed to steer the Shari’a court, as they played an important role in making or marring the whole system.

Also, Mr Sani Hussaini, a former Attorney-General of Jigawa, said the meeting would provide a veritable platform for the association to restate its commitment to and takes its leadership position in the quest for ensuring a just and egalitarian society governed with absolute fear of Allah.

He called on the leaders to educate communities on positives of the Shari’a, which he described as “Fairest form of justice”.

Also commenting, the Grand Khadi of the state, Khadi Muhammad Sani, said Muslims are supposed to be regulated by Shari’a as commanded by Allah.

According to him, Shari’a is a complete way of life that regulates everything about Muslims.

“Administration of justice has to be in accordance with the Qur’an and Hadith because Shari’a regulates all aspects of life, ” he said.

Sani, who was represented by Khadi Bala Musa, however said that persons steering Shari’a courts must be conversant with Arabic Language for proper interpretation of the Qur’an and Hadith.

The Nigeria News Agency reports that the former AG of the state donated N500,000 to the association for building its National Secretariat in Abuja, its Kaduna branch also donated N650,000, while Abuja pledged to donate N1 million.