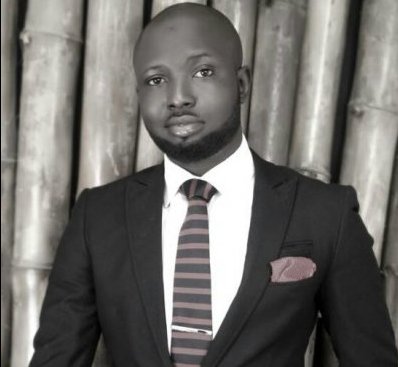 Born in Ibadan in 1988, to both teacher parents, Habeeb is an indigene of Ila-Orangun in Osun State. He graduated from the University of Ilorin in 2009 and I was called to the Nigerian Bar in 2010. The mandatory National Youth Service took him to the Department of Public Prosecution, Delta State Ministry of Justice, Asaba in Delta State. Upon completion of his Service year, he had a stint tutelage experience with M.N. Elunor & Co, Asaba and was opportuned afterwards to work as a Legal Research Assistant to a Federal High Court Judge sitting in Asaba until his lordship’s transfer to Lagos division of the court.

Mr. Akorode Habeeb Lawal has prosecuted several cases of note at the various superior courts of records.  He has taken special interest in brief-writing, election petition (particularly its procedures) and matters that border on the interpretation of the Constitution and other statutes. Beyond the excitement of advocacy, he derive satisfaction from seeing the resourcefulness and creativity that go with being a servant in the Temple of Justice; ensuring that the course of justice is served!

Active Membership of the Bar

Since his days as a young lawyer, Habeeb has been actively involved in the activities of the Bar and has served the bar at both the National and branch level. In 2004, he became the Assistant Publicity Secretary of Nigerian Bar, Association, Asaba Branch and as a result of his impressive performance, was elected the Publicity Secretary and served between 2016 and 2018. Prior to taking elective office in his branch, he had served in other capacities — member of the Reconciliation Committee; Secretary of the Continuing Legal Education Committee and the Ad-hoc Committee on production of Asaba Branch Membership Directory.

In 2018, he ran for the office of the Assistant National  Publicity Secretary of the Nigerian Bar Association, a position he presently occupies.

In house, he drives the ICT concerns, online presence and website project with the relevant secretariat staff of the NBA and under the supervision of the NBA President and General Secretary.

Contribution to the Legal Profession

Habeeb has made modest contributions to the improvement of the image of the legal  profession and the NBA through other personal activities. First, as a columnist of “The Law and You” in ‘The Pointer’, an Asaba-based regional newspaper. Where he shared with the public proper understanding of the important role lawyers play in the daily lives of the average citizen.  He also co-edited legal resource materials among which is Nigerian Bail Application Report (2011) NBAR Vol. 1, ISBN 987-987-32681-3-5.

He provides free legal advice and assistance and has handled both civil and criminal cases pro bono for indigent members of the society and has received commendations from the bench for his selfless services.

Habeeb would be running for the office of the National Publicity Secretary.