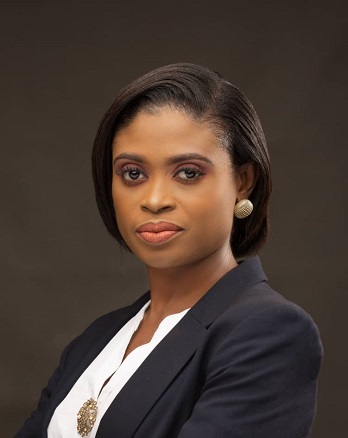 Anne Uruegi Agi, LL.B, an experienced legal practitioner with a proven track record of successfully managing simultaneous projects and meeting deadlines consistently and accurately, was born in Ogoja LGA of Cross River State. She attended Mater Dei Day Nursery School and proceeded to attend Holy Child Secondary School Igoli-Ogoja for a few years before transferring to Federal Government Girls’ College Calabar where she obtained her WAEC Certificate in 1997. She immediately proceeded to the University of Calabar and obtained her Bachelor of Laws (LL.B) in 2004.

She was called to the Nigerian Bar in 2005 and in 2009, obtained a Masters in Law (LL.M) from the University of Ibadan, Nigeria, majoring in Human Rights and Corporate Legal Practice.

From 2005 till date, (a period of 16 years), Ms Agi has been in full time legal practice with a team of seasoned legal gurus engaging in research work, litigation, commercial transactions, conveyancing & Corporate Practice. She began her law practice as a judicial researcher at the Chambers of the Presiding Justice of the Court of Appeal, Benin Division, at the time, Hon. Justice Zainab Bulkachuwa, (past President of the Court of Appeal). Upon the completion of her NYSC in Benin City, she returned home and joined the law firm of E.M.E Enamhe and Co in Ogoja till 2009 when she transferred her practice to Abuja and she joined ZIONGATES CHAMBERS (The law office of Ikotun, Temowo & Co). She was the head of Corporate Practice and Criminal Litigation and frequently partnered with the Legal Aid Council to present representation for the indigent and vulnerable. In 2018 she relocated her practice to Calabar, Cross River State as a result of research work she is currently undertaking at the University of Calabar. In Calabar she joined the law office of W.S. Ògar & Co before setting up her own practice, Marvel Laws Attorneys.

Anne Agi is a Space enthusiast who is very passionate about Outer space affairs and space Law and Policy and strongly advocates for the inclusion of Space Law in the University curriculum. She also advocates for the promotion of space science education in Africa from the kindergarten age as this will be a key factor in grooming the next generation of space actors in the Continent. She is also particular about the inclusion of women and youths in the African Space industry.

Ms Agi is a Trustee/Co-founder of LEARNSPACE FOUNDATION, an NGO for promoting space education and awareness in Nigeria and Africa generally. She is also a trustee of Aliyu Chinedu Edith Justice Assist Foundation (ACE), an NGO providing legal representation to the indigent.

Ms Agi is a blogger on space issues and presents lectures on space Law. She has represented Nigeria at Conferences and was a delegate at the 2019 International Astronautical Congress (IAC) in Washington D.C., USA.

Anne Agi was the team Coach for the 2019 African Team of the Manfred Lachs International Space Law Competition and together with her team represented Africa at the Competition where the team emerged runner up and clinched the award of BEST ORALISTS at the World Finals of the Competition which held at the NASA Headquarters in Washington D.C., USA in October, 2019.

In December, 2019, Ms Anne Agi attended the 8th African Leadership Conference on Space Science and Technology for Sustainable Development which held in Addis Ababa, Ethiopia, from 02-04 December 2019, on the theme “Prospects and Challenges for African Space Development”.
At the Conference, she presented a paper titled: ‘Establishing agendas that are relevant to and impact Africa’s development and growth: Emphasis on Women and Youth’.

Ms Agi began her service to the Bar by serving the NBA Ogoja Branch as Assistant Publicity Secretary from 2007 to 2009.

Upon her relocation to Abuja, she was an active member of the NBA Abuja Branch and Rapporteurs at several branch functions.

For over 10 years (2009-2020) Anne has attended all NBA Conferences and Conferences of the 3 Sections of the NBA (SPIDEL, SLP and SBL). She has worked with the NBA National Secretariat as a rapporteur preparing the minutes, reports and communiques of the Association.

ALSO READ   Prison Decongestion: Lagos Judiciary Requests for Particulars of Inmates Who have been Over 3 Years in Custody

As a rapporteur/Secretary of the team, she has worked with 3 Chief Rapporteurs:
– Dr. Nasir Usman (Last DDG, NLS Kano Campus)
– Mr. Yomi Oyelolo, mni
– Mr. Ikeazor Akaraiwe (Past 1st Vice President of the NBA 2008 to 2010).

From 2016 till 2018, she has also attended NBA NEC Meetings and taken down minutes under the office of the General Secretary.

 She is the engine room of the NBA rapporteur team, successfully coordinating the affairs of the NBA Rapporteurs, writing and collating reports and ensuring that the team works efficiently and effectively to produce the minutes and communiqués of the Association.

Her schedule of duties as Secretary which she successfully executes involves:

– Taking down minutes of the Association’s meetings.

– Assembling reports from the rapporteurs, creating the final report and final draft of resolutions/communique;

– Preparing and distributing minutes of rapporteur meetings, coordinating and following up on resolutions reached; liaising with the NBA Management

– Coordinating and overseeing the management of the NBA Rapporteur team/Secretariat; ensuring that the team’s purpose is actualized;
– Handling all incoming correspondence for the team, scheduling and co-ordinating meetings.

From her call to Bar till date, Anne Agi has religiously paid her Bar Practice Fees and Branch dues to the NBA as an old when due.

SKILLS
 Anne possesses excellent spelling and grammatical skills and is an excellent editor. She is a technically skilled administrative support professional valued for her multitasking strengths, organizational abilities and diplomatic handling of confidential information.

She possesses strong management and planning skills, and is skilled at problem solving and decision making; she is also a conscientious and self motivated worker who is always able to communicate effectively at all levels and is willing to go the extra mile.

She is a top performing assistant who is both professional and trustworthy. She is known as a hard worker committed to the efficient completion of challenging projects within deadlines.

Anne possesses the ability to successfully implement work processes for improved efficiency. This will facilitate the provision of complete administrative and secretarial support for the General Secretary. She is a loyal and resourceful professional known for commitment to exceeding expectations.

With an advanced command of MS Office, she leverages on technology to elevate efficiencies, boost productivity and save costs. She is very proficient in multiple computer applications with fast, accurate typing skills.

Ms Anne Uruegi Agi is currently working on her Ph.D Thesis at the University of Calabar.

She is a member of FIDA, AWLA, SPIDEL and a member of the NBA Women Forum (NBAWF). As Anne believes in mentoring younger persons (with a personal mentoring programme she runs), she felt the need to join the Forum’s Mentoring committee to lend a hand and also to learn from senior colleagues. She is also a member of the Advocacy Committee of the Women’s Forum.

As a space law enthusiast, Ms Agi is member of Women in Aerospace Africa and co-founder and trustee of the LEARNSPACE FOUNDATION and ACE FOUNDATION.

Now that CNN has been Vindicated, would the Honourable Minister of...