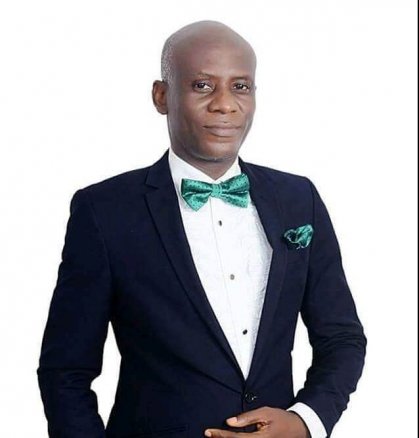 Olakunle Edun was born on the 31st day of March, 1974 at the historic city of Ibadan. Born to a Yoruba military officer and an Urhobo mother, young Kunle Edun attended Pessu Primary School, Warri for his Primary education. He did his Secondary education at the renowned Rev. Kuti Memorial Grammar School, Abeokuta and concluded same in 1990.

In 1991, young Kunle Edun was admitted to read Mass Communication at the Ogun State Polytechnic, Abeokuta but had to abort the OND programme when in the same year he secured admission to read law at the then Ogun State University, Ago-Iwoye. Kunle Edun graduated with 2.2 in 1997 and proceeded to the Nigerian Law School, Abuja as part of the pioneer set of students at the Abuja campus. He passed the qualifying exams with a 2.1. and was called to the bar in September, 1999. Kunle Kunle Edun had his LL.M at the University of Benin in 2006.

Kunle Edun participated in the mandatory National Service and served at the Law Firm of A.K. Osawota & Co, Warri (one of the largest law firms in Warri) where he was retained after the service year. He eventually rose through the ranks to become the Head of Chambers within 5 years of call.

Because of his dexterity and expertise in solving complex litigation and communal issues, Kunle Edun was head-hunted to be the Company Secretary/Legal Adviser of Lonestar Drilling Nigeria Ltd, Nigeria’s first indigenous oil drilling company headquartered in Port Harcourt. This was a period when militancy and communal unrests were rife in the Niger Delta. Because of his love for litigation, Kunle Edun resigned from the company after 5 years of service to co-found a Law Partnership in Warri.

Kunle Edun is a Founding Partner/Head, Litigation of one of the big Law Partnerships in the city of Warri, Tri-Lex Partners LP. The other two founding Partners were past Secretaries of the NBA Warri.

SERVICE TO THE BAR

13) Chairman,  NBA Warri Special Committee on “State of the Courts in Warri, Effurun and Udu”

SERVICE TO THE PUBLIC THROUGH SOME PUBLIC INTEREST LITIGATIONS

1) Suit No. W/437/2013: Olukunle Edun vs. Gov. Delta State  & Ors..first judgment to uphold and make applicable the provisions of the FOI Act,2015 to the Delta State government and its agencies.

3) Suit No.W/01/2015: Okiroro Iki Ebieroma Esq. vs. Gov. Delta State. An unsuccessful attempt to declare as unconstitutional the restriction of movement of persons and vehicles on envirinmental sanitation days. The appeal is pending at the SC.

4) CA/B/378/2016: Olukunle Edun v. Gov. Delta State. Unsuccessful attempt to challenge the constitutionality and also stop the humongous sums and benefits being given to former Governors and Deputy Governors of Delta State as pensions and gratuity. Both the trial court and Court of Appeal held that the Claimant lacked the requsite locus standing. Appeal now pending at the SC.

6) Suit No. FHC/WR/CS/90/2017: Darlington Ugo Ehirim Esq. v. FRSC. Successfully obtained judgment declaring that the FRSC has no right to carry out their activities on roads belonging to States and municipal governments.

ALSO READ   NBA Trade Mission to the UK - The Morning After

11) Suit No. FHC/ABJ/CS/281/2019: Olukunle Edun vs. Code of Conduct Burea; Mr. Danladi Umar. Action challenging the refusal of the Defendants to honour an FOI request for the assets and liabilities declarations of Mr. Mr. Danladi Umar. Still pending.

There are more than 20 other pro bono public interest cases and appeals pending at various High Courts, Court of Appeal and the Supreme Court ,all bordering on the rule of law.

OTHER CONTRIBUTIONS TO THE SOCIETY

2) Regular contributor on television/radio programnes on the Rule of law and public causes.

4) Declared ‘ Constitutional Militant ” by the Vanguard newspaper of Tuesday, October 27, 2015.

4) Nigerian Bar Association (attended all conferences from 2012 till date).

6) Executive Director,  Centre for Democracy and Defenders of Human Rights.

Kunle Edun is happily married to Ngozi Edun and both have three beautiful girls and a handsome son.

Kunle would be running for the office of the National Welfare Secretary of the NBA.