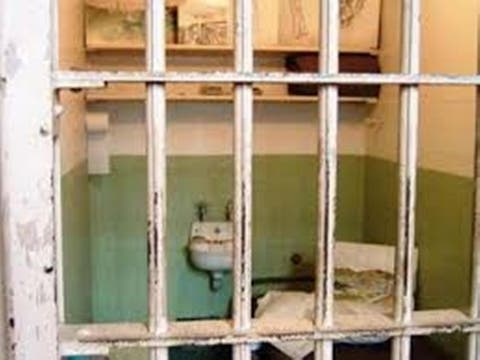 Pandemonium rocked the ancient city of Kano on Monday, as the People took to the streets to protest the alleged killing of a 17-year-old boy, Saifullahi Sani in police custody.

Sani, resident of Kofar Mata quarters, was said to have been arrested and detained, where he was allegedly tortured, a situation that led to his health deteriorating.

He was rushed to the hospital where he later died.

Another version of the story has it that Sani had been arrested two days earlier by the police and later released on bail only for the police to re-arrest and detain him again, which led to his death.

However, Sani’s death triggered protest because he was never known for any criminal tendencies.

In the meantime, Lami Kofar-Mata, mother of the deceased, Saifullahi Sani who was allegedly brutalized by police, has demanded justice and the perpetrators brought to book.

Lami alleged that her son, Saifullahi Sani was laying down in front of their house, but was yet to fall asleep when the security personnel stormed the area, arrested and beat him mercilessly.

According to her, “he doesn’t know what was going on in town. He was just laying down and was yet to fall asleep when he decided to watch video on his phone.

”His friend whom they were watching video together with him told him people were running helter-skelter.

“The Police arrested him and immediately descended on him that some thugs attacked them.

“This morning we planned to go to the station but the time we agreed to go was 8am before a member of the vigilante committee, one Sani came and ask for my husband who is down sick, only to announced to us that my son is dead. What did he do that they kill him? I want to know.

“I call on the authorities that justice most prevail,” Lami said.

It was gathered that the news of Sani’s death triggered reaction of youths who went haywire, burning tyres, barricade the road and carried placards to registered their displeasure over the incident leading to his death.

A resident of Kofar Mata, Musa Dahiru said Saifullahi Sani demanded that perpetrators of the act be finished out and be brought to book.

It was not specified in which police custody the boy was kept and allegedly brutalized leading to his death.

As at the time of filing in this report, normalcy has since returned to the area.

In the meantime, the Kano State Commissioner of Police, CP Habu Sani said it has raised a team of detective under the leadership of ACP Ado Ibrahim attached to the Criminal Investigation Department of the Command to carry out discrete investigation into the matter.

In a statement by the Police Public Relations Officer, DSP Abdullahi Haruna narrated the police side of the story.

“Today, 19/10/2020 at about 0140hrs, a report was received that some groups of thugs engaged in fighting at Kofar Mata Quarters Kano. A patrol team attached to Kano Central Area Command was immediately drafted to the scene.

“Two suspects were arrested with Knives. They were handcuffed and put into the Police Patrol Vehicle with an Officer guarding them. When the Police team went inside the Quarters for more arrest, the thugs dispersed.

“They later re-grouped and attacked the Police officer inside the Police vehicle and set free the two handcuffed suspects. When the team came back, they found the officer laying down in pool of blood stabbed on his chest, stomach and other parts of his body and one other person laying down. The victims were immediately rushed to Murtala Muhammed Specialist Hospital Kano for treatment.

“Today, at about 0600hrs, the other victim was confirmed dead by a Medical Doctor whereas the Police officer was admitted at the intensive care unit of the said Hospital.

“However, the Commissioner of Police Kano State Command, CP HABU A SANI, psc raised and directed a team of detectives led by ACP Ado Ibrahim attached to the Criminal Investigation Department of the Command for a discrete investigation into this matter.

“We appeal to the good people of Kano State that whoever has useful Information that can help in the investigation,” the statement however reads.

NBA 2020 ELECTION: No Eligible Voter will be Disenfranchised –...