Home Opinions Publication of Anonymous Messages: The Liability of Publishers Under the Nigerian Law... 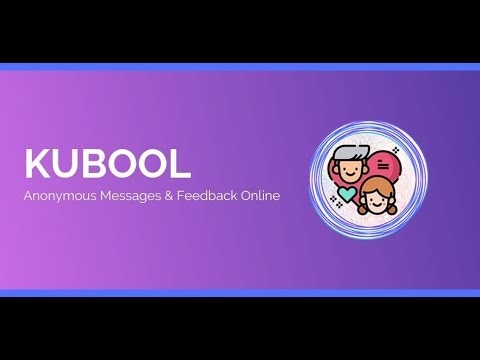 The COVID-19 lockdown has intensified people’s already unappeasable search for fun thereby switching the spotlights on social media Applications (Apps). One of such apps which are gaining prominent this period is ‘Kubool app’. This is an app which enables people on the basis of anonymity share their views, opinions or comments on a person or persons they have something in common with e.g. classmates or co-workers through a link that gives them the unrestricted access to submit these comments to the receiver’s private account on the app. These comments are subsequently posted, in form of screenshots, by the creator of the link on a platform where they all belong. More often than not, these comments are relatively fair and blunt, giving the anonymity of the Sender, however, some of them are way below the belt as people have resorted to them as an opportunity to make-up for their cowardice, convey their immoderate and inimical thoughts towards a person and intentionally allege the commission of a crime. In this regard, worthy of mention is the case that unfortunately trended on Twitter some days back which narrated the ordeal of a student of University of Ilorin who was said to attempt suicide following the messages published by a course mate after a session of anonymous messages, this portrays how detrimental the publication of these anonymous messages can be to a person.

As expected, the law regulates every aspect of human life and interestingly, the subject matter of this discourse is not exempted as this write-up examines the liability or otherwise of publishers of these anonymous messages under the law. It is expedient to preface this with a disclaimer that this write-up does not speak to the liability or otherwise of apps where these messages are generated. Asides from emotional distress, which might be abstract and unquantifiable, being an offspring of the publication of these anonymous messages, damage in terms of character assassination is a probable and quantifiable consequence which births a cause of action in law; defamation of character. The basis of the tort of defamation is that every person has a right to the protection of his good name and reputation and the good opinion and estimation the public holds of him.

THE CONCEPT OF DEFAMATION

The Court of Appeal in AKAHIE v. OCHULOR (2015) LPELR-24552(CA)  on defamation held; “Defamation is defined as a false statement that defames or harms another person’s reputation. Defamatory statements are categorized as libel and slander, the former is written or visual defamation while the latter is spoken or oral defamation”. It goes without saying that anonymous messages can only be libellous since they are written.

ALSO READ   Technology: An Indispensable Tool for Justice in Nigeria

The law is trite as to the essential ingredients or elements which must be established for an action in libel to succeed, they are;

As highlighted above, publication of a defamatory statement is an essential element of the cause of action in libel cases, once it is shown that the publication has not been properly pleaded and proved, an action founded on defamation must fail. Consequently, where there is no publication of a statement, there cannot be defamation. Publication is the act of making the defamatory statement known to any person(s) other than the plaintiff. See BASORUN & ORS v. OGUNLEWE (1999) LPELR-6006 (CA). The Court of Appeal in PETER OKORO OSAKWE v. UNION BANK OF NIG. PLC (2009) LPELR-8205 (CA) held that a person commits the tort of defamation when he or she publishes to a third person words containing an untrue imputation against the reputation of another. This rules out self-publication, meaning that where a person makes a defamatory statement about himself known to others, it does not qualify as publication. A man’s reputation is not the good opinion he has of himself but the estimation in which others hold him, if then the libellous statement be delivered only to the Plaintiff (the person to whom such statement is made) himself, there is no publication and no action will lie. See AKITI v. PUNCH NIGERIA LTD & ORS (2009) LPELR-3665 (CA).

Publication, as it relates to the subject matter (i.e. anonymous messages), takes the form of posting on WhatsApp, Twitter and other social media platforms which makes the defamatory statement known to other persons thereby fulfilling the litmus test of libel ; publication to a third party. In this case, it is best to describe the situation as online defamation considering the platform through which it is perpetrated.

ALSO READ   Judicial Recklessness & Limits of "As The Court Pleases": Legal Issues Arising From The Jigawa-FHC-Inspired Disqualification of Prof. Soludo

THE ANONYMITY OF THE MAKER OF THE DEFAMATORY STATEMENT AS AN ISSUE FOR DETERMINATION.

It is apposite to state that the liability of a publisher of an anonymous message, which strolls the corridor of defamation, is not limited to the law of torts, the Supreme Court in agreement with this premise stated in OKOLO v. MIDWEST NEWSPAPER CORPORATION & ORS (1977) LPELR-2468(SC) a person will be liable for Criminal defamation if the statement made by such persons alleges or imputes the commission of a crime by the plaintiff. Seemingly, where a person publishes an anonymous message that imputes the commission of a crime by another, such person may be criminally liable for defamation.

THE INTERVENTION OF THE LAW

As earlier stated, the basis of the tort of defamation is that every person has a right to the protection of his good name and reputation and the good opinion and estimation the public holds of him. The law steps in to remedy the reputational damage done to a person as a result of a defamatory statement. It is of essence to state categorically that libel is actionable per se (the plaintiff does not have to prove that the statement adversely affected him) .Asides from reputational damages, financial harm and mental or physical anguish are also probable effects of defamation which is the backdrop against which the remedies available for a plaintiff in a defamation suit shall be addressed.

Under the law of torts, the Plaintiff (the person against whom the defamatory statement is made) is entitled to general damages (damages requested and/or awarded to compensate for the direct effects of the Defendant’s act) exemplary or aggravated damages (damages requested and/or awarded in a suit when the Defendant’s acts were malicious, violent, reckless e.t.c.) depending on the peculiar facts of each case. Where the court posits that the grant of damages is an inadequate remedy, as is always the case in matters of defamation, the protection of the reputation of that person from being further damaged is the demand of complete justice in the matter which could only be achieved by granting an injunction. This injunction forbids the publication or continued publication of the defamatory statement prior to the conclusion of the substantive action for defamation. See ORUWARI v. OSLER (2005) LPELR-11945(CA).

Despite the pros of the internet, we cannot shy away from the fact that its abuse, which includes online defamation, is getting excessive. There is a need for increased sensitization in Nigeria as to the liability of internet users for their defamatory posts about other persons. Also, the law ought to, as much as possible be at par with technological advancement such as the internet, there is a need for a clear statutory legal framework that regulates defamation on the internet. This statutory legal framework should be armed to the teeth to provide potent answers to questions like; How are online traducers identified, having in consideration those who hide under non-existent identities or anonymity?, How can the law be effectively introduced to arrest these ills? And what social structure can be employed to abate this menace.  The bell of accusation cannot be unrung especially when it is in a written form as in the case of libel, as internet users, we should exercise utmost caution with our posts and ensure that they do not in any way tarnish the image of others.

Career Opportunities for Lawyers and Place of Skills, Ethics and Values...