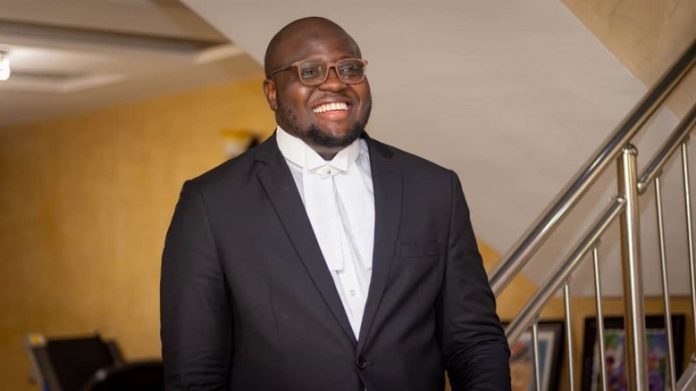 Gold like many other mineral resource is one that contributes largely to the GDP of the economies of many nations in Africa and beyond the shores of Africa. In African nations like South Africa, South Africa’s expansive gold ore deposits represent a considerable part of the world’s reserves, with approximately 95 percent of the mines operating underground reaching depths of over 3.8 kilometers. Gold is unarguably the ‘’NEW OIL”. With projections of oil fizzling out in years to come and the dependence reducing, it is only appropriate for nations to check and weigh their other options and explore other mineral resource.

The misconceived and mostly unfortunate utterance of the Executive governor of Zamfara state at that interview is one that can’t go unnoticed but rather must be readily addressed in other not to raise tensions high and ruffle feathers. The provisions of the constitution and other ancillary laws is very clear.  Section.1 of the Minerals and Mining Act states;

‘’The entire property in and control of all minerals, in, under or upon any land in Nigeria, its contiguous continental shelf and of all rivers, streams and watercourses throughout Nigeria, any area covered by territorial waters or constituency, the exclusive economic zone is and shall be vested in the

Government of the Federation for and on behalf of the people of Nigeria’’.

“All lands in which minerals have been found in commercial quantities shall, from the commencement of this act, be acquired by the Government of the Federation in accordance with the provisions of the Land use act and the minister may, from time to time, with the approval of the president designate such lands as security lands”

By the very intendment of the provisions of Section.1 of the Minerals and Mining Act, all lands in which Mineral resources is found or contained therein belongs collectively to the people of the Federal Republic of Nigeria held in ‘’trust’’ by the Federal Government for the benefit of its citizenry, with emphasis on “FOR AND ON BEHALF OF THE PEOPLE OF NIGERIA’’. In the interview the

“ Even though our state like other states of the federation is grappling with competing demands from the public and the resources at our disposal are meagre, we feel it is of utmost significance to invest in the future of our people’’.

In light of the explanation given to the provisions of that section, further fundamental issues are to be considered;

Issue 1: The position of the law is very clear as regards this matter, the provision of Section 161 of the Minerals and Mining Act states that;

The provisions of Section 175 of the Minerals and Mining Act, further explains who a licensed Gold dealer is, a licensed gold dealer means

‘’ the holder of a gold dealer’s license issued under the chapters of this Act, in this instance the Minerals and Mining Act.’’

This ordinarily disqualifies the Central Bank of Nigeria from buying Gold in this instance, However upon a critical look at the provisions of Section .27 (f) of the CENTRAL BANK OF NIGERIA ACT, it astonishingly empowers the CBN to

purchase and sell Gold or Silver, it states as follows;

‘’ Undertake on behalf of customers and correspondents, the purchase, sale, collection and payment of securities, currencies and credit instruments in Nigeria or abroad and the purchase or  sale of Gold or silver’’.

This seems to counter the provisions of Section 161 of the Minerals and Mining Act and places the CBN on the class of a ‘’Licensed Gold Dealer’’ and further gives legal flavor to the CBN purchasing Gold, from the Government of Zamfara state.

Issue 2: The legality of Zamfara state Government selling GOLD to the Central Bank of Nigeria: The provisions of Section 160 of the Minerals and Mining Act places a restriction on the selling of raw gold, it states that ;

160(1) – No person, other than an authorized gold miner or a licensed gold dealer, shall sell any raw gold.

This provisions seems to place a bar on the selling of raw Gold, by a non-Licensed Gold dealer, a community reading of the provision of Section 160(3) (a) states that;

In the interview the State Governor had with Daily trust, he contended that the Gold will be purchased from artisanal miners and sold by the state government to the Central Bank of Nigeria, this is completely  illegal and a flagrant disregard for established laws. The actions of the zamfara state government amounts to an abuse and utter disrespect for our laws, purchasing raw Gold from local miners even makes it more distasteful,  the zamfara state government does not fall under the purview of Section 175 of the Minerals and Mining Act.

ALSO READ   Her Hijab and the Call-To-Bar: When the Hood Should Not Make the Priest! - Misbau Alamu Lateef

Issue 3: Whether Gold falls under the provision of Section 1 of the Minerals and Mining Act? :

In conclusion, the tenor of the statement credited to the Zamfara state Governor is inaccurate  and  unfortunate, the tenor of the interview with ‘’DAILY TRUST NEWSPAPERS’’ seemed to place the state government as being in exclusive control of the “Gold” in Zamfara, and to be for the benefit of the Zamfara people and not Nigeria and Nigerians at large. Nigeria is a nation governed by laws and what is good for the goose must also be appropriate for the gander, the oil in the south has overtime been termed to belong to the Nigerian people, with licenses and grants being given to citizens, companies not from the region. It is only appropriate for the Gold in Zamfara to be owned by everyone, this must not only be done, but must be seen to be manifestly and appropriately done, this further renders the action of the Zamfara state government illegal.

Sheba Omogbolahan an Abuja based Public Interest Lawyer can be reached on: 07039075997 or gbolahansheba@gmail.com

Public Policy & Public Interest: the Meeting Point between an Unruly...

Agbakoba and Falana on How Governors are not Exercising Constitutional Powers...