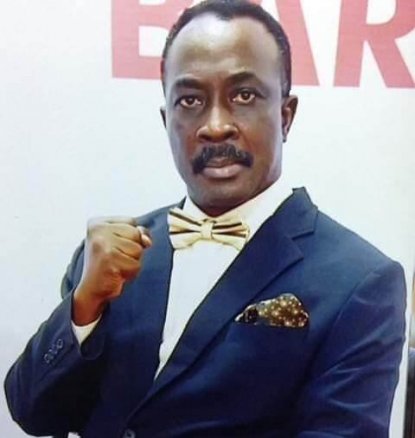 NBA by reason of your on going trial. I am also not your hater. My position is the product of my long held and publicly expressed belief which has found fulfilment in the manifestation of a seemingly gagged NBA under Paul Usoro. I wish you could see it as that and nothing more.

The questions for Mr. Steve Abar are numerous but some are:

Mr. Abar’ s school of thought is that elective offices such as the Office of the President of the Nigerian Bar Association is a deified office that should not be aspired to by individuals , who are facing any form of trial, inspite of the presumption of innocence against them.

Now to Mr. Steve Abar’s assertion that all the four presidential have “equal capabilities ” , let us examine the subject matter critically. Mr. Steve Abar’s reference of standing shoulders to shoulders with Ikeja Branch, the Tiger Bar, during their innumerous struggles, does this include the involvement of Mr. Dele Adesina SAN? It is on record that the same Dele Adesina SAN , as Chairman of Ikeja Branch of the Nigerian Bar Association (1998-2000) diswoned his members who were protesting the sale of the Nigerian Law School?

Dr. Babatunde Ajibade SAN and Mr. Olumide Akpata , both transactional lawyers has never been known for activism and critical social interventions. They can’t even pretend to be so! Where then is the equality of capacities among the four?

These are men who have used their skills to make personal fortunes for themselves and are now eyeing top positions in the Nigerian Bar Association in order to project their image for higher aspirations.

The four presidential aspirants are all Lagos-based lawyers, of both Ikeja and Lagos Branches , the two largest Branches of the Nigerian Bar Association. In 2018, when the then Governor Akinwumi Ambode of Lagos State sought to impose an horrendous Lagos State Land Use Charge of 500 percent increment, the reaction of the four aspirants were not the same. While the other three sat on the fence, Ogunlana leading the NBA IKeja , without the support of Mr. Dele Adesina SAN, successfully resisted the imposition of the taxes.

Equally, when the immediate past Chief Judge of Lagos State, Honourable Justice Opeyemi Oke came up with the High Court of Lagos State (Civil Procedure) Rules 2018 with its horrendous filing fees and punitive costs, what is the attitude or reaction of these aspirants to that extortionate scheme of the Chief Judge? While three kept quiet, one spoke against it publicly, carried out demonstratrations itagainst it via the Citizens’ Rally wgainst Oppression and eventually sought judicial intervention on it? Who is that? Ogunlana Adesina Ademola. Again, what basis is the equality of capabilities?

The reality is that with the grand onslaughg on democratic rights jnder the current regime, the leadership that is required is a fighting leadership. Mr. Steve Abar’s wish of not having a ” gagged” leadership can only be fully realised if Mr. Ogunlana is entrusted with the prime leadership of the Bar.