Home News Rapists to be Castrated in Kano as Lawmakers Move to Amend State’s... 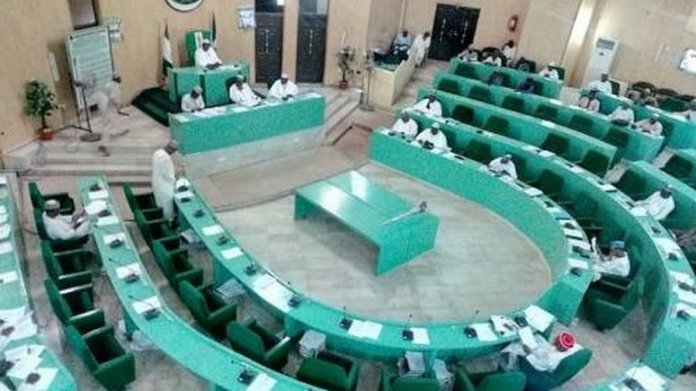 The Kano State House of Assembly has begun a process to further amend the State’s Penal Code amendment (No.12), law of 2014 to provide for castration as punishment for rape in the state.

The Assembly took the decision following a motion presented on Wednesday by a member, Mr Nuraddeen Alhassan (APC-Rano), seeking for the review of the law.

Newsmen report that the plenary was presided over by the Speaker, Alhaji Abdulazeez Gafasa and the Assemblymen were unanimous in the decision.

Alhassan, who called for the review of the law to further reflect a harsher punishment for rapists in the state, said the present 14 years jail punishment was not enough.

“Therefore, I am calling on the house to recall the law and amend it, to provide castration punishment for rapists.

“I believe this is the only measure to be taken to end the rampant cases of rape in our society, as it is so worrisome.

“I also want to appeal to the house to look into the security issues, so as to strengthen their efforts in tackling the rape cases in the state,” he appealed.

According to him, if parents can desist from sending their children for hawking, such can also contribute to reducing the menace in their communities.

He said that most of the rapists used such hawking opportunity to lure the children to rape them, especially at the construction sites or abandoned buildings.

Alhassan also asked the house to find out how the rape cases were being handled by the courts in the state.

The lawmakers after deliberations on the issue adopted the motion and ordered for the recall of the extant law.

The Assembly also called on the government to, as a matter of urgency, look into the issue of abandoned or uncompleted buildings in the state.

The legislators also urged the government to ensure that any abandoned building in the state was completed.

During the plenary, the Assembly also called on the government to construct a road linking four major communities in Tsanyawa Local Government Area.

The member representing Kunchi/Tsanyawa constituency Garba Gwarmai called on the Assembly to call on the government to construct the road.

According to him, the bad condition of the road has seriously affected the education, business and agricultural activities in the affected areas.