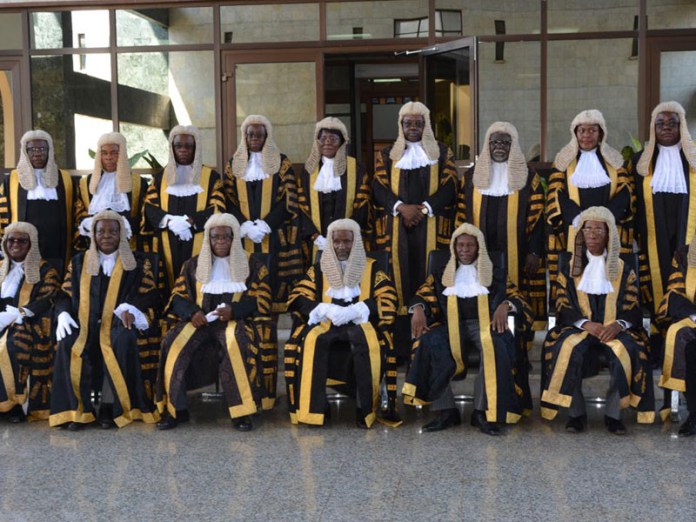 The House of Representatives on Thursday passed a resolution to urge the Federal Government to recruit more justices of the Supreme Court.

According to the lawmakers, this is to speed up the dispensation of justice in the country.

The motion was raised as a matter of urgent public importance by the Chairman, House Committee on Judiciary, Onofiok Luke.

In leading the debate, Onofiok said the number of Supreme Court Justices was reduced to 18 and he is aware another Justice is due for retirement.

“Currently, there are 13 Supreme Court justices which cannot constitute two panels, as seven justices are required by the constitution to form a panel,” he said.

He added that the full complement of the Supreme Court should be 21 Justices and if more are not appointed soon, the pressure of delivering Justice may overburden the rest.

The motion was voted on and adopted.

NBA President Constitutes a 14-Member Committee to Review the Constitution

List of 64 Judicial Officers Recommended for Appointment by NJC