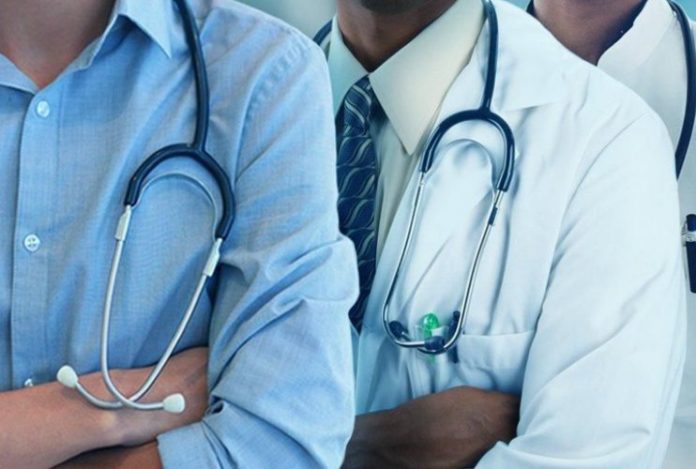 Resident doctors in Ondo State have embarked on an indefinite strike following the nonpayment of their salaries by the state government.

This is coming as the legal officers in the State Ministry of Justice under the auspices of Law Officers Association of Nigeria (LOAN) withdrew its services over alleged worsening despicable and deplorable conditions its members were subjected to.

The doctors had last week embarked on a three- day warning strike to call government attention to their plights which include nonpayment on four months salary.

Under the aegis of Association of Resident Doctors of Nigeria ARD at the University of Medical Sciences Teaching Hospital, UNIMEDTH, the doctors at an emergency meeting in Akure, the state capital yesterday lamented that the government has continued to turn deaf ears to their demands.

According to their spokesperson, Dr Taiwo Olaigbe, the industrial action became imperative due to the failure of the state government to address their demands.

Olaigbe lamented that they were being owed four months salary arrears by the state government amid the harsh economic situation in the country.

He said the state health system was on the brink of collapsed.

The spokesperson insisted that they would not return work until all their salaries are paid.

He decried a situation where other health workers under health management board receive salaries regularly.

Speaking on the development, the Acting President of ARD, Ondo State, Dr Sanni Oriyomi, said his members could no longer work without being paid.

Oriyomi stated that besides the non-payment of salaries, there were issues of dearth of doctors and House Officers.

He said that the COVID-19 hazard allowance was paid for only one month and that the Resident doctors sought accommodation for themselves instead of residing in houses provided by the hospital management.

According to him the absence of House Officers is affecting health of his members.

“Having persevered to render services, our salary has become issue of concern. We are finding it difficult to meet up with our financial obligations.

“We are calling on the government to come up with solutions. It is not in our interest to embark on this strike but enough is enough.”

Adeyeye said the plan was to move the doctors’ salaries to the central pay system.

Also, the Lawyers in the services of the state government are set to down tool due to what the call inability of government to meet their financial obligations.

The lawyers under the aegis of the Legal Officers Association of Nigeria, (LOAN), Ondo State chapter yesterday staged a protest to the governor’s office, Alagbaka Akure.

They displayed various placards with different inscriptions such as “legal officers lives matter, no to self-financing of government responsibilities, no to boarding of Okada” were demanding that allowances approved for them should be paid.

The Legal Officers in a statement signed by its Chairman, Babatunde Victor Falodun and Secretary, Wale Banisile and addressed to Governor Rotimi Akeredolu said the work-to-rule strike action would persist until their demands are met.

The statement said the administration of justice in Ondo State has suffered untold hardship due to constraints of funds and abysmal condition of service.

It said legal poverty must end in the state as the state Counsel are the least paid in the country.

Other demands were stoppage of the N187 State Counsel Allowance and upward review of same to reflect current reality, end to commercial motorcycling to courts as well as release of funds approved for outfit/Robe allowance since March 2020.

They said that the legal officers could no longer work without necessary allowances from government.

According to them “only two of the seventeen vehicles refurbished in the ministry of Justice were returned thereby making it difficult for them to attend court cases.

National Security Cannot and Should Never Override Rule of Law –...