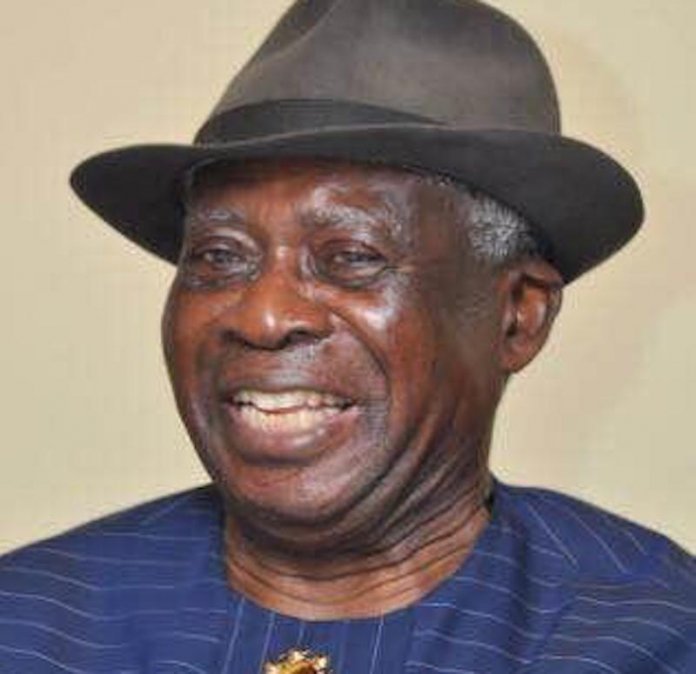 Retired Justice of the Supreme Court, Justice Adolphus Karibi-Whyte, Is dead. He died on Friday at 88.

The erudite former Justice of the Supreme Court of Nigeria died in Port Harcourt, Rivers State hospital following a heart failure, his eldest son and Lagos based lawyer, Mr. Dagogo Karibi-Whyte later confirmed in a phone chat, describing his dad as “A good man, very upright, dedicated and very meticulous professional and a dutiful father and family man. Not many are built like that.”

The deceased hailed from Abonnema in Rivers State.

According to a citation posted on the Hallmarks of Labour Foundation website, his professional career took him through the Nigerian and international judicial systems.

Appointed Legal Draftsman in the Rivers State Ministry of Justice in 1973, the legal luminary successively attained the ranks of Solicitor-General, in that Ministry and Associate Professor of Law, University of Lagos.

In 1976, he was appointed a Judge of the Federal Revenue Court and thus began an illustrious judicial career, which took him through the Court of Appeal from 1980, and the Supreme Court of Nigeria from 1984, thus making him the second Nigerian after Dr. T.O. Elias, to move directly from academia to the judiciary. During this time he also served as Chairman of several Commissions of Inquiry including the Counterfeit Tribunal and the Inquiry into the Nigerian Agricultural and Co-operative Bank. He was also appointed as Judge, International Criminal Tribunal on November 7, 1993, and Chairman Nigerian Constitutional Conference between 1994/95.

Unarguably, a quintessential jurist, a scholar par excellence, an intellectual colossus and consummate judicial officer, he was a man driven by his passion for justice according to law, firmly undergirded by his resolute and reputed integrity.

His ad-hoc appointments have been no less inspiring. They include: Chairman, Counterfeit Currency Tribunal, Nigerian Institute of Advanced Legal Studies, Committee of Pro-Chancellors of State-Owned Universities, Law Report Committee of the Federal High Court, Civil Disturbances Tribunal, Committee for the Unification & Reform of the Criminal Code, Penal Code, Criminal Procedure Act & Criminal Procedure Code, Nigerian Constitutional Conference of 1994-1995. Honourable Justice Karibi-Whyte was also Judge and Vice-President of the International Criminal Tribunal for the former Yugoslavia, sitting at the Hague.

He authored thirteen books and 55 academic publications in local and international learned journals, and is very much in demand for speaking engagements in his field.