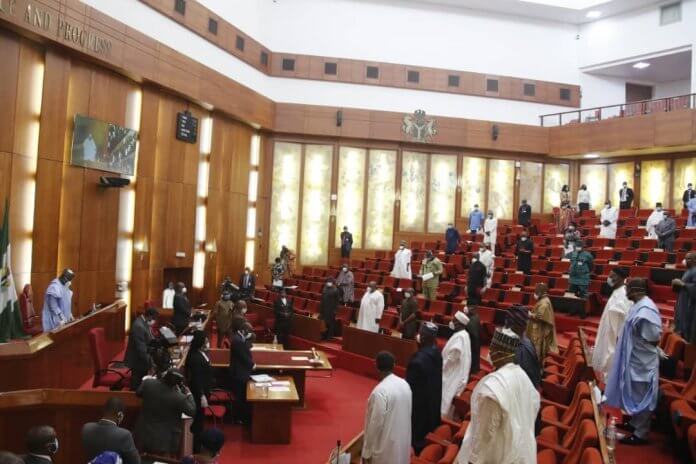 The Senate on Tuesday passed the bill on sexual harassment in tertiary institutions after reading it for the third time.

The bill titled: ‘A Bill for an Act to prevent, prohibit and redress Sexual Harassment of students in tertiary educational institutions and for matters concerned therewith, 2019’, was sponsored by the Deputy Senate President,. Ovie Omo-Agege, and 106 other senators.

The passage of the bill followed the consideration of the report of the Committee on Judiciary, Human Rights and Legal Matters – which was in charge of reviewing the bill and organising a public hearing on the legislation.

The bill was reintroduced in the Senate on October 9 and scaled second reading on November 6.

The bill also proposes up to 14 years jail term for offenders.

During the public hearing, lecturers, students, academic bodies and civil organisations raised concerns and proposed amendments to the bill.

One of such was the chairman of the Academic Staff Union of Universities, Biodun Ogunyemi, who described the legislation as biased.

He said the bill will stigmatise lecturers in universities.

In his presentation, chairman of the committee, Bamidele Opeyemi, said sexual harassment has been made an offence by removing mutual consent as a defence in prosecution of sexual harassment cases in tertiary educational institutions.

The bill, he said, seeks to maintain the relationship that exists between educators and students with the aim of making tertiary institutions conducive centres of learning.

“This bill seeks to tame the hydra-headed monster in the name of sexual harassment which has become a pandemic in our tertiary institutions.”

The Senate, thereafter, resolved into the Committee of the Whole to consider and pass the bill.

In his remark, the Senate President, Ahmad Lawan, said the bill is an important and landmark legislation that the ninth Senate has passed.

“We have to protect our daughters, sisters, mothers from sexual predators. From the recommendations, we wanted a fair means of offence that somebody is accused of.

“We want tertiary institutions to be safe and peaceful learning environment for everyone,” he said.

The bill will be transmitted to the House of Representatives for concurrence and then sent to the president for assent.