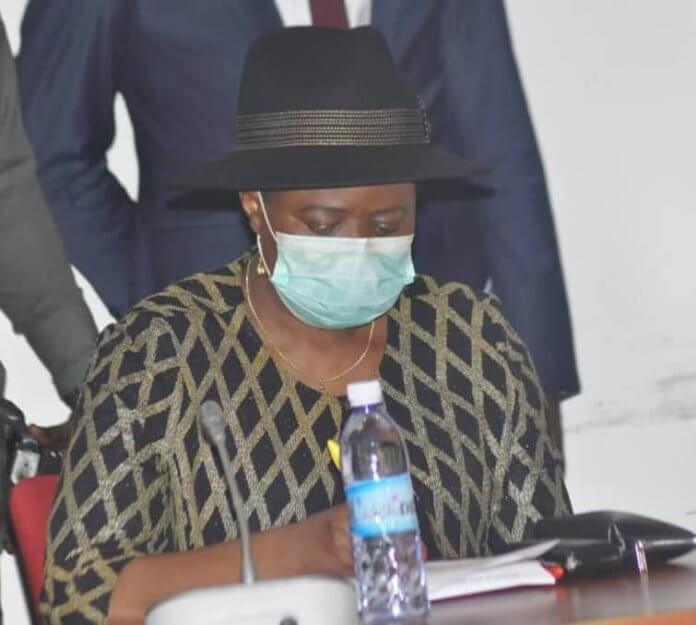 The Senate urged Mensem to stand up against injustice when she appeared before the committee for screening as substantive President of the Court of Appeal following the request by President Muhamnadu Buhari that she should be considered for the position based on the recommendation of the National Judicial Council (NJC).

Specifically, the Chairman of the Committee on Judiciary, Human Rights and Legal Matter, Senator Micheal Opeyemi Bamidele (APC Ekiti Central) said the enthusiasm with which Nigerians greeted her nomination and the respect showed by the Senate by suspending its rule for expeditious screening, would be in vain if she failed to tackle injustice after being confirmed.

“Your Lordship must ensure that justice is not only delivered but in timely manner because justice delayed is justice denied,” Bamidele said.

He added that the budgetary allocation to the judiciary required urgent upward review because the welfare of the judicial officers is nothing to write home about currently.

According to him, inflationary pressure has completely eroded the benefits of the review of the salaries and emoluments of judicial officers that was carried out in 2008.

“This sector (judiciary) might go into extinction if the needful is not urgently done because in years to come Nigerians may no longer be interested in accepting judicial appointments,” he warned.

The senators who attended the screening session described the nominee as a square peg for a square hole.

The nominee, in her introductory remarks, said she had spent 40 years in the judiciary from 1980 when she was called to bar and served in the Ministry of Justice and subsequently appointed as Registrar of the Court and made Magistrate few years after, which culminated in her appointment as Judge of High Court in Plateau State in 1996.

She added that she became judge of FCT High Court thereafter till 2003 when she was elevated to serve as a Justice of the Court of Appeal.

“I’ve lived the substantial part of my life in the judiciary and I have tremendous passion for its positive transformation, one of which is my intention of making the Court of Appeal ICT compliant when confirmed as its substantive President.

“I also have a lot of compassion for fellow human being and a solution provider and not trouble maker,” she said.