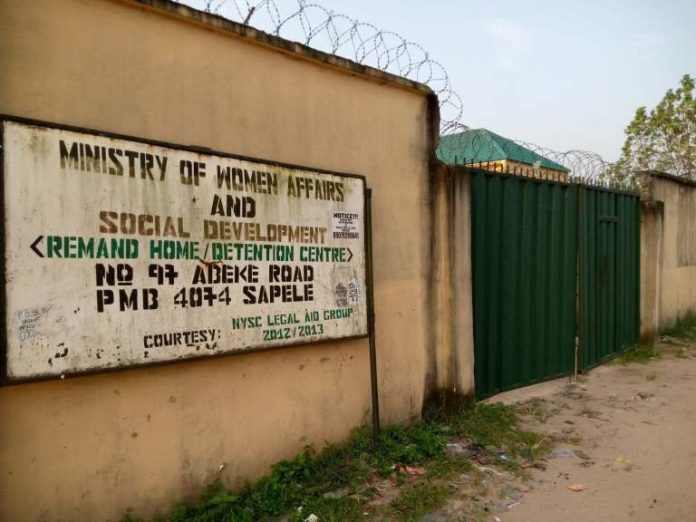 The inmates (all male) were said to have escaped from the juvenile remand home along Abeke road in Sapele, at the early hours of the morning.

A Source at the Detention centre, who craved anonymity told Vanguard that the inmates escaped at about 12:30 am early hours of the morning in what seems to be an orchestrated one.

“I think it was a carefully planned by the 6 inmates, if you look inside, you will find out that an iron bar was used to shift the burglar bars to create space for their escape, though the burglar bars were old and rusty before the net was ripped open, I think they chose night so that they could escape without being noticed before dawn.

“it was still unknown how the tool used in their escape was smuggled in, because, with the new security presence in the facility, one would have thought it was impossible to have that kind of tool to plan their escape and if not for the swift intervention of the security men and men of the vigilante, the remaining inmates would have absconded,” the source said.

Vanguard learnt that the Delta State commissioner of police, Hafiz Inuwa was the one who reached out to the DPO of Sapele Police Station, who in turn reach out to other security agencies, with 5 of the inmates housed with the escaped 6, choosing to stay behind.

The Remand home is said to be housing 14 inmates, with 13 being male and the only girl housed in the female wing of the facility.

However, the names of the escaped inmates could not be ascertained as at press time.

When contacted the Delta State Police Public Relations Officer, Onome Onowakpoyeya confirm the escape of the teenagers “6 inmates escaped this early morning and we are doing everything to find them” she said.