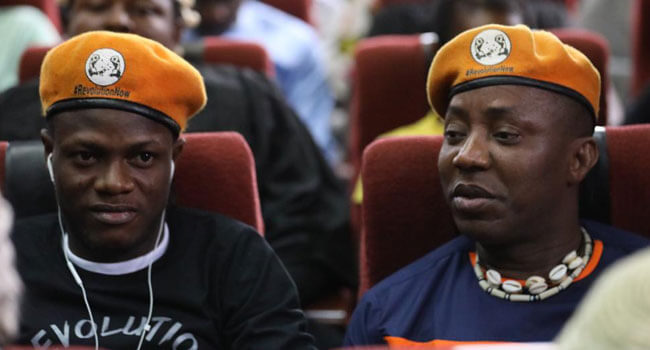 Mr Omoyele Sowore and his co-defendant Olawale Bakare on Thursday pleaded not guilty to two-count amended charges levelled against them.

The Prosecutor, Kayode Alilu announced preparedness to proceed with the trial but the defence team led by Abdul Mahmud objects to the commencement of the trial on the ground that the statement of witnesses is yet to be served on them.

Earlier on, the Prosecutor informed the court that the FG has complied with the order of the court over the payment of N200,000 as a cost to the defendants.

Mr Abdul Mahmud informed the court that what the prosecutor served on them was the summary statement of the four witnesses, he insisted on being served with the full statements.

He also insisted that since the prosecutor has his evidence on tape, he wants him to provide the tape to be played in the open court but the prosecutor says he will need 2 weeks to provide a DVD player to present the evidence.

Justice Ijeoma Ojukwu after hearing all sides adjourned the case to the 11th, 12th and 13th of March for definite trial.