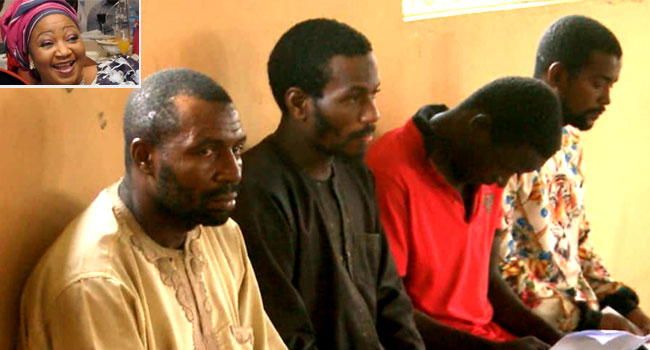 One of the suspected arrested in connection with the murder of Funke Olakunrin, daughter of the leader of the Yoruba Afenifere group, Reuben Fasoranti has tested positive for coronavirus while in police custody.

Ondo State governor Oluwarotimi Akeredolu made the disclosure on Sunday.

“We have confirmed three other cases in Ondo state. One of the cases involves one of the recently arraigned suspects in the murder of Mrs Funke Olakunrin, Pa Fasoranti’s Daughter,” Akeredolu said.

The governor said the state police commissioner has “been duly informed and the line tracing of police officers and others in the SARs facility where he was kept has started and their specimens are being collected.”

The suspect is among the three new cases of coronavirus confirmed in Ondo State, bringing the total number of infections in the state to seven.

Akeredolu disclosed that the suspect has been isolated from others and will be moved to the IDH for treatment.

“The commissioner of police has assured the state that there will be adequate security around the IDH premises to prevent his escape and while on treatment, he will be manacled to the bed,” Akeredolu said.

The coronavirus patient along with three others was arrested on Thursday, April 16.

Frank said a team of police officers on March 4, 2020, during a follow-up action on a case of a high-profile armed robbery and kidnap for ransom that occurred in Ogun State, arrested a 25-year-old Auwal Abubakar after a crime, along Sagamu-Ore expressway in Ondo State.

Abubakar’s arrest, the police spokesman said, led to the arrest of the four suspects.

While four (4) of the suspects are in custody, Mba said efforts are being intensified to arrest the four others still on the run.