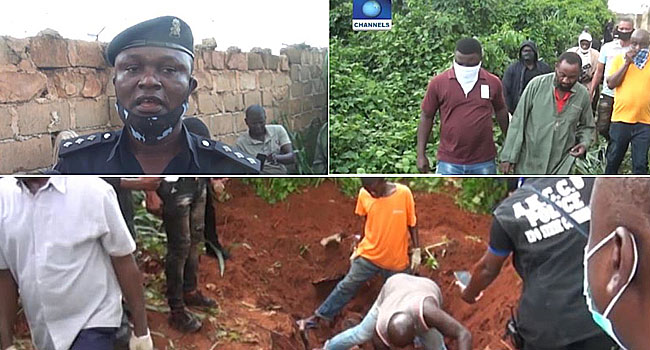 The Edo State police command has exhumed the corpse of Mr Omon Iyoha Osobase, a lawyer who was killed by some gang members early in May 2020 following his attempt to settle a quarrel between the said gang members and another party.

The incident is said to have occurred at a bar in Benin City, the Edo state capital where Mr Osobase was subsequently beaten up and taken away in a vehicle.

The police said it arrested some suspects who confessed to killing the lawyer, adding that the suspects thereafter led the police team to the shallow grave near the house of one of the suspects where Mr Osobase was buried.

Experts from the central hospital in Benin city exhumed the body and have taken it to the hospital’s mortuary for autopsy.