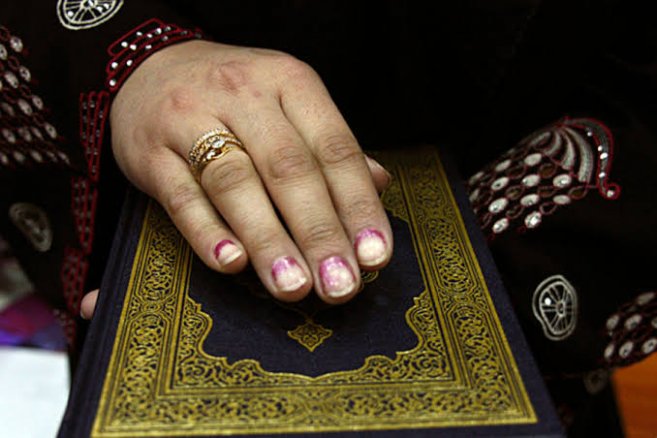 The Niger State Chief Judge (CJ), Justice Aliyu Maiyaki, has described the tradition whereby elected and public office holders swear by the Bible or Quran before assuming office as unconstitutional.

The three judges had taken their oaths of office and oaths of allegiance without holding the Bible or the Quran, a development that made Governor Abubakar Sani Bello to ask why the trio did not swear by either of the Holy books.

In his response, being the highest law officer on the podium, Justice Maiyaki said: “Swearing on the Quran or Bible is not a constitutional requirement.

Governor Bello after the response of the chief judge, asked why elected public officials were being made to swear by either the Quran or Bible to which there was no further answer.

Bello then said: “Thank God I will not need to swear again because this is my second and last term. If not, I will also have refused to swear by the Bible or Qur’an.”

Earlier, the governor had told the new High Court judges to operate according to the law and do justice to all manner of people.

“You should protect the integrity of the judiciary,” Bello said, adding that their “assignment is a difficult assignment but you should do your best when cases come before you”.

Bello also presented 31 Peugeot 406 cars to judges in the state, saying 21 of the vehicles should go to the Sharia Court judges and 11 to magistrates.

The presentation of the vehicles has brought to 46 the number of such vehicles given to the Judiciary by the government.