Home Columns My Grouse The Alternative to Campaign is Endorsement – Have you endorsed your Candidate? 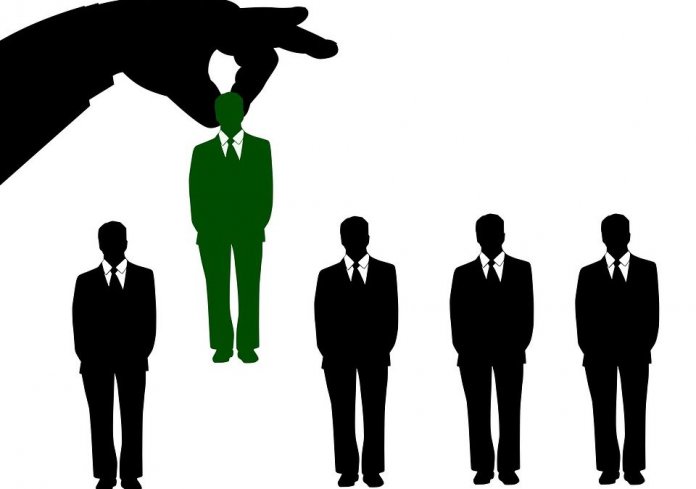 With the rate at which people are endorsing people in this year’s National Election, we may just decide to end this whole thing by endorsements. We could simply collate the result of endorsements and declare the winner, everybody go home and rest. I am thinking that this will make it easy for the ECNBA and for all of us. Even at that, there is still a twist to the endorsements. There is nothing that I have not read. In fact, I have even read that some endorsements are more genuine and superior to the others. In other words, there are certain single endorsement that are better than twenty joint endorsements. Those are the people that I would like to refer to in this write up as “the ancestral endorsements”. The argument has been that the endorsement of “one ancestor” is equivalent to one hundred endorsement from the “small gods”. So, we may also have a problem with counting the numbers and identifying the quality of endorsement.

That said and coming to the reason for my writing, I decided as usual to mind my business concerning the whole endorsement trend. As the trend continued to grow, I seriously continued to mind my business and focused on amusing myself with the miscellany of headline with which these endorsement news come. So, I was on my own, and still minding my business when one of the campaigners called me and told me that I am also qualified to endorse! I felt honoured. In fact, I was so elated, I updated my internal status immediately to “mama, I have made it”. In this season of ancestral endorsement, who am I?. They offered to help me with my endorsement banner. Aye me! I did not object, the issue really is that I don’t know which cloth to wear to snap picture for the endorsement. It is a very serious issue. Even as I write, I am still flipping through my wardrobe. The second very serious issue, you would find out as you read me.

But speaking a bit seriously, I am not sure I understand what is going on, even though, I must say it is really an interesting time. The NBA Election is less than one month away. The ECNBA categorically specified that it would not tolerate campaign of any kind until the ban is lifted, and even when the ban is lifted, campaigns would be permitted only on the Association’s website. As a matter of fact, it is a constitutional provision self. There is even a part of the provision which talks about inducement. But then, there is no campaign here. We are only endorsing. There is no inducement too, we are only indicating the candidate we would cast our one vote for. If you decide to vote for a candidate because me and my fellow ancestors endorsed the candidate, we cannot be held accountable for the fact that you admire us so much to want to do the things we would do. You are entitled to your freedom to be starstruck and to align with us. There is no campaign howsoever here. We are lawyers and we know how to twist and turn these things either way to work in our favour.

Continuing in my musing this morning, I am not going to pretend that I am not enjoying myself with what is going on right now. I am having a very fantastic time watching and wondering how we can all become the same when driven by an interest and a target, first as humans and then as gentlemen of the noblest profession. I kid you not, at that instant, all that we do and say becomes noble. Believe me, these endorsement sprees are the noblest of act.

I guess the greatest problem I have in this my life is that I find so many things amusing. So, we have all agreed that campaign is prohibited and it is okay to endorse rather than campaign. So, it is also okay for us to all agree now that endorsement by a certain ethnic affiliation is one of the best things that has happened to this Association during elections. Can we all now move on and never say anything again about it? I think that is what is fair. But then, I still read somewhere that only one candidate (who by the way is one of the biggest beneficiary of the ancestral endorsement) is the most qualified for the job because he is the only one that is emerging on the strength of his ideas. The writer continued by saying that while one of the candidates is riding on the back of some ethnic endorsement, the other is riding on the back of sympathy for not being endorsed. So the only person who is a stand alone but who is also a great beneficiary of the majority of the individual endorsement has become the most qualified for not affiliating with these ethnic shenanigans! Wonderful!

As a student of history and one who enjoy watching from afar, I still recall with plenty grin, how the endorsement at the 2018 National Election panned out. Mr. Usoro actually strolled in at the last minute of the declarations. I still remember how the news flickered in. In fact, one of the foot solders of an aspirant made a post then, a sarcastic one at that, informing Mr. Usoro that he came a bit late and advising him to, ‘in his own interest’, consider the position of the GS. Mr. Usoro’s fame like whirlwind blew and the rest they say, became history. In that year, it was a deluge of campaign of calumny. Which is why, I must have to just settle with the fact that what I am grappling with is endorsement. I think this is a lesser evil.

Back to the request I earlier spoke about, my second challenge now is that I am a very respectful human being. The issue now is that I have an uncle who is a Senior Advocate, his endorsement would be very critical for me to make up my mind too. It is not inducement o. It is just that we cannot work at cross purpose. He has to endorse before I endorse. In fact he endorses today, I endorse my own tomorrow. So, if you have found me worthy to endorse your candidate, kindly come and collect my uncle’s number and ask him to endorse. He is the one I’m waiting for. It is a family affair please.

And while we are at it, can someone else start collating the list of all the endorsers and the candidates. Perhaps, we may just form a pressure group to insist on the ECNBA using the endorsements to declare the winner of this year’s election. After all, corona virus has come to change the way we do things. It is a disruptive virus that can change the election into an endorsement, I am just saying.

Meanwhile, my Uncle and I will unveil our family candidate in the coming days. Watch this space!