Home Opinions The Concept of Force Majeure and Its Implications on Football Contracts: Covid-19... 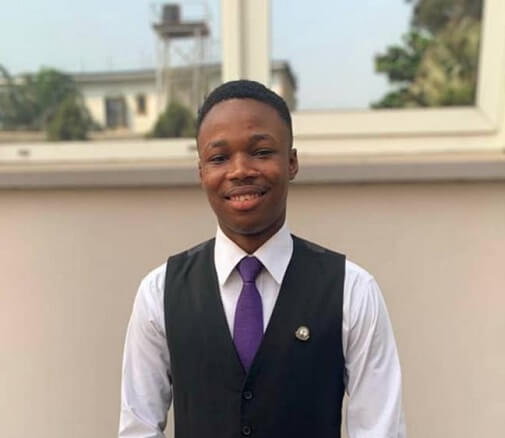 The COVID -19 Pandemic has not only had a significant impact on public health, society, and the economy as a whole, it has also wreaked havoc to the sporting calendar.

In a bid to stem the spread of the virus, many professional and amateur leagues across all continents and sports took the unprecedented step to postpone or suspend their seasons on the advice of the CDC to avoid gathering of large amounts of people. A vivid example of this is the UEFA suspending their leagues on the 13th of March, 2020 with 44 games left in the 2019/2020 UEFA regular season.

SHOULD COVID -19 BE CONSIDERED AS A FORCE MAJEURE?

In the case of Globe Spinning Mills (Nig.) PLC V. Reliance Textile Industries Ltd[1] Force Majeure was defined as something that is unexpected and an unforeseen happening, making nonsense of the real situation envisaged by parties.

A force majeure clause is normally used to describe a contractual term by which one or both parties is/are entitled to suspend performance of its affected obligations or to claim an extension of time for performance, following a specified event or events beyond its control. It may also entitle termination of the contract usually if it exceeds a specified duration.

Before a party can rely on the principle of force majeure, there must be a clause in the contract specifically providing for same. Many commercial contracts do not contain these types of clauses and, in those cases, a party affected by COVID -19 outbreaks would need to rely on the doctrine of frustration to find grounds to be executed from contractual performance.

According to Lord Simon in National Carriers Ltd V. Panalpina (Northern) Ltd[2], a contract will be frustrated where an event occurs after the formation of the contract not due to the fault of either parties “which so significantly changes the nature (not merely the expense or onerousness) of the outstanding contractual rights and/or obligations from what the parties could reasonably have contemplated at the time of its execution that it would be unjust to hold them to the literal sense of its stipulations in the new circumstances…”

In addition, if a party invokes the principle of force majeure, it can either result in total avoidance of performance of contractual obligations or give rise to a situation where the contract will be renegotiated including postponement of performance date/timeline[3]. In the case of frustration, the only outcome is for the parties to be completely absolved of their obligations in the contract.

ALSO READ   Cybercrimes and Cyber Laws in Nigeria: All You Need To know

In the case of this Pandemic, for parties to invoke the force majeure clause, party needs to show that: It is the outbreak of Corona virus that is causing the party to be unable to fulfill its obligations; and the party trying to invoke the clause has made reasonable efforts to avoid the effects of force majeure to the extent possible through the exercise of diligence and reasonable care; but nonperformance has resulted from circumstances beyond its control.

Relating the above to the question of whether or not COVID -19 can be considered as a force majeure, it is distinctly obvious that the following requirement must be met:

Contracts in sport are no different than contracts in everyday life, as professional athletes are compensated for their services with a paycheck just as anyone else.

Nicki Tobi JCA defined contract as an agreement between two or more parties which creates reciprocal legal obligations to do particular things.

Contracts in sport are subject to the same principles of contract formation. The necessary elements to a binding and enforceable contract are; agreement (offer and acceptance), consideration, intention to create legal relation and capacity.

There are enormous contracts related to sport law, but for the purpose of this write up, focus would be placed on contracts between;

CLUBS AND EMPLOYEES (PLAYERS AND COACHES)

It is the duty of a player to stay committed and loyal to his club both on and off the pitch, more so, they must be present for all matches and training sessions, and most importantly put in their best efforts in all club related activities. It is also the club’s expectation that all players will conduct themselves in a way that presents the club in a positive manner.

As for coaches, all teams will require a coach to organize the team for training, lead the team on match days and also develop their abilities on the pitch. In return the clubs are to pay the wages and agreed bonuses of the players and coaches, and also provide facilities and conducive environment for them to perform their obligations.

Flowing from the above, it is distinctly obvious that the performance of players would be impossible due to the emergence of COVID -19. Apparently, they would not be able to attend training sessions or club meetings, as many states has declared a lockdown, making it practically impossible to fulfill the major terms of their contracts.

Notwithstanding the prevailing situation of the COVID -19, a player is still expected to keep fit, as he may be liable for breach of contract if he gets obese during this period and becomes unable to perform his duties upon resumption to normal activities[5].

On the part of the clubs, they are bound to pay the wages of the players. Although FIFA suggests that footballers take a pay cut as the situation continues to paralyze the football world, and the Premier League has already adopted such a measure. Once the normality is restored, contracts would return to their former status, but without forgetting the reality, surrounding society and sport.[6]

As regards the transfer and loan deals of players from a club to another; it should be noted that transfer or loan of players can only be carried out during the transfer windows (winter and summer).

The implication of this is that the end of a season would be May/June, according to the TMS (Transfer Matching System). Taking the Manchester United prolific Striker, Odion Ighalo as a case study, the Nigerian loan deal with Manchester United is to end in May/June (end of the season), but due to the outbreak of the COVID -19 pandemic, the season has not ended in fact, this births the question, “-will clubs be forced to lose their players due to no fault of theirs?”, “Can players leave their clubs when their official contractual term is over?”

More so, given the postponement of MA and league competitions, and the overwhelming desire of MAs and leagues for those competitions will take place after the original end date of the season imputed in the TMS (Transfer Matching System)[7].

CLUBS AND THEIR FANS

As regards club fans, the contract between a club and their fans is majorly the sale of match tickets. The fans would be entitled to the refund of their money if the match is been cancelled but if such cancellation was as a result of an unforeseen or an unavoidable event, the club can invoke the defense of force majeure. An example is when Manchester United refunded £350 each to fans who had booked trip to LASK with game to be played behind closed doors due to Corona Virus. The reason why Manchester United would be obliged to refund the fans money is allude to the fact that there was a reasonable step that could be taken to avoid the event or its consequences from coming in the way of performance of the contract.

Relying on the aforementioned, it is safe to conclude that a lot of contracts would be left unperformed due to the fact that most contracts do not contain the force majeure clause which might cause several contractual disputes. FIFA, as a regulatory body would have to redraft its regulations in order to prevent conflicts in future contracts.

More so, while COVID-19 could be raised by a party to be freed from contractual obligations, it cannot be used as an instrument of unjust enrichment by a party. A party cannot receive and keep money for work not done on the basis of frustration.

Every Nigerian Child has the Right to Free Education: Stakeholders...

The Nigeria-China Commercial Loan Agreement – Looking Beyond the Clauses in...