Home Columns Your RIghts and You The Law And Your Right: Public Humiliation Of Citizens For Wearing Camouflage:... 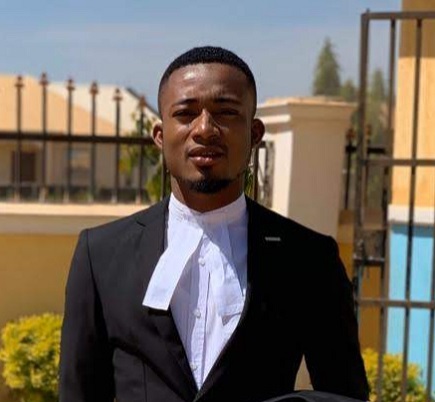 The incessant disgrace and humiliation inflicted on citizens by members of the Armed Forces on Nigerians for wearing camouflage (army colours) is on the rise. It has gone unchecked and seems to have become a norm. A Nigerian would rather choose to be locked up than to be handled by soldiers for wearing any colour with any semblance of that used by the Armed Forces. What is the law with regards to the wearing of army colour? Is it against the law? What is the right of soldiers to beat up defaulters if it is indeed against the law and the remedies for citizens brutally manhandled?

Is it unlawful to wear Army Camouflage?

Section 110(1) of the Criminal Code makes it unlawful for any person who is not serving in any of the armed forces in Nigeria to wear the uniform of the armed forces, or any part of the uniform of such forces, or any dress having the appearance or bearing any of the regimental or other distinctive marks of such uniforms. It is no defence under the law that your father, mother or other relatives(close or distant) is a member of the Armed Forces. Infact, section 251 of the criminal code uses the words “employs any other person so to wear such uniform or dress” which if interpreted literally would suggest that your relative or parent who gives you the uniform to wear could equally be charged under the law.

However, just like most laws, there are exceptions to this seeming general rule.  These are:

The state or the governor being the chief law officers, could, in certain circumstances, where the needs are justified or reasonable, permit the use of these Apparels. Entertainment industries also fall within this exception. There exclusion is justified on the ground that it is merely to entertain, provided that in using the apparels even for entertainment,  it would not be used in a manner that  brings contempt or ridicule  to the uniform or even to the Armed Forces.

Humiliation of Defaulters by Soldiers

Having established that there is indeed a law prohibiting the use of army camouflage by civilians, does the law empower the members of the Armed Forces to enforce this law? Or better still, does it empower soldiers to humiliate defaulters? Obviously Not. The enforcement of all crimes reside with the executive through the procedural rigours overseen by the courts. It is a criminal offence to wear military uniform and punishable with either imprisonment for three months or to a fine of N40 (Forty Naira) save for Lagos State that punishes for the offence with 2 years imprisonment with no option of a fine.(under section 79 of the Lagos State Criminal Law 2011) Therefore, being a criminal offence, it is left for the state to take out a charge in the proper court and have the accused prosecuted for the offence.

It is jungle justice for soldiers to humiliate Nigerians merely because they wore army uniforms. It is a violation of their rights, stripping of their dignity in public glare is such a big depreviation of right that the court would readily frown at if taken to court for enforcement. The Supreme Court in Olabode v. State deprecated the use of jungle justice in these words

“let me state once again that no matter how one feels about the acts of another, it is wrong to try to redress an unlawful or seemingly unlawful act with another unlawful act. This will amount to jungle justice. We cannot afford that now, I believe that we had since passed that stage“

Thus, where soldiers refuse to adhere to this admonition of the court,  “the full weight of the law will be brought to bear on him” Therefore, where you have been unjustly dehumanized by soldiers for wearing camouflage or army uniform by any member of the Armed Forces, it is within your right under the law to bring an action in court for the enforcement of your right. This is so whether or not your accusers have filed a criminal action against you.

Lawrence is a lawyer based in Lagos. He can be reached on: lawflec@gmail.com