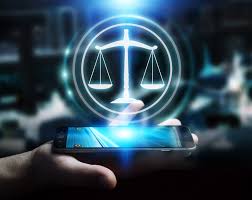 Today, our lives happen in video conferences. The big events we used to share in person with friends and family—graduations, weddings, and birthdays—now take place in small boxes on a screen. While increasing our ability to be in multiple places at once, video conferences have come with hair-pulling frustrations: the garbled connection, people talking over each other, the family members that can’t unmute themselves or start their camera.

While the stakes are low for personal calls, these same issues gain far greater magnitude in virtual court hearings in which judges decide on the fate of defendants. This new reality of virtual criminal hearings around the country has created problems ranging from the embarrassing to the potentially unconstitutional. While we should applaud efforts to keep the justice system running during the pandemic, we must assess the impact of these changes and guarantee that new technologies and processes comply with the Constitution and provide equal access. If we don’t, these developments will exacerbate existing power dynamics that favour the prosecution and punish those with the most to lose: defendants.

Since the COVID-19 pandemic struck the United States, online court hearings have proliferated widely. States as diverse as Alaska, California, Florida, and New York are using virtual hearings in an attempt to balance social distancing and the administration of justice. In Texas, the courts opened 3,000 Zoom channels almost overnight. In Michigan, the courts clocked more than 100,000 hours of hearings between April 1 and May 18.

This move online has come with serious challenges that threaten the integrity of court proceedings. In California, pranksters blasted music and danced during online proceedings. In one of the country’s first virtual jury trials, a juror in Texas disappeared from the screen for seven minutes. In Missouri, a judge muted a defense attorney for more than a quarter of a 48-minute hearing while the prosecutor sat in the courtroom.

Despite these problems, proponents of the shift online argue that remote hearings alleviate pressures created by the pandemic, are more efficient than traditional hearings, and provide increased access to the court—especially in rural areas. One opinion writer, an ex-prosecutor, even argued that “virtual criminal justice may make the system more equitable.” Court administrators and chief judges appear bullish on video hearings and are urging for greater adoption—or at least acquiescing to the fact that this technology isn’t going away. “[I]t will be around long after the pandemic ends,” the Conference of Chief Justices and the Conference of State Court Administrators said in a preview of a webinar urging courts to adopt the technology.

In the rush to manage the fallout of the pandemic, courts overlooked a body of evidence showing that virtual hearings are connected to potential constitutional violations and worse outcomes for defendants.

In places with remote hearings, researchers found that that they may undermine a defendant’s right to legal representation. One 2014 study concluded that defendants in Baltimore, Maryland were denied their Sixth Amendment right to counsel when appearing over video during a bail hearing, as attorneys were denied the ability to speak with their clients. A 2010 study in Cook County, Illinois found that video bail hearings also undermined access to counsel and resulted in bail amounts that were 51 percent higher for those that appeared virtually as opposed to those who had their hearings in person. After being sued, Cook County ended its video bail system and returned to in-person hearings. Baltimore’s virtual hearing system still operates.

Adding to the troubles defendants face in remote hearings, in-person testimony is seen as more believable than its virtual counterpart. This is the case for a number of reasons, including that the technology or connection does not always function properly, which was noted in the Baltimore research; that video takes away the fact-finder’s ability to assess non-verbal cues; and that conferencing technology can actually filter out voice frequencies associated with human emotion, which are critical to assessing credibility.

Collectively, these detrimental aspects of virtual hearings affect the defendant’s ability to fully participate in their proceedings, a key component to procedural justice. Since at least the 1970s, research has shown that people’s sense of fairness and trust in the justice system is derived from how they are treated, rather than the substantive outcome of the hearing or trial itself. Recently, a majority of virtual hearing participants surveyed in the United Kingdom reported the experience was worse than an in-person hearing at facilitating participation. Not only does this indicate that an individual’s right to participate in their own defense is being eroded, but virtual hearings threaten to undermine the justice system as a whole.

These demonstrable problems are significant, but they also assume the defendant has access to the appropriate technology and the internet. Disconcertingly, those that argue virtual hearings will make a more equitable justice system don’t acknowledge the digital divide in our country. Eighty-two percent of defendants facing felony charges in state courts have a public defender or appointed attorney, according to a Bureau of Justice Statistics report from 2000, the most recent year for which there is detailed data. At the same time, households making less than $30,000 a year, the very population that would need a public defender, has less access to the technology and high-speed internet required to attend a virtual courtroom. In 2019, nearly half of these low-income Americans lacked home broadband internet access or a computer. About one-in-three don’t have a smartphone. Further, about 42 million Americans, regardless of class, live beyond the reach of broadband internet.

U.S. constitutional law has long held that the courts must provide a fair opportunity for indigent defendants to present their defense in a criminal trial. This has included making court transcripts free to indigent appellants and concluding that a poor person’s unwilful failure to pay a court fine cannot justify taking away his freedom. The increased demand on defendants to have access to expensive technology and broadband connectivity to defend their liberty goes against this well-trod constitutional principle. Where even a short video conference could devour an entire month’s worth of pre-paid data, a reliance on virtual hearings will no doubt exact undue and unconstitutional pressures on poor and rural Americans. While virtual hearings are touted as a way to improve access for individuals in rural America, that will never happen as long as poor, rural Americans lack equitable access to the internet.

Collectively, these concerns should give pause to even the loudest virtual criminal court cheerleader. While virtual hearings can work in the criminal justice setting, we cannot consider them a “new normal” without providing the same safeguards a defendant would have if they appeared in person. While courts may not be able to solve for every dropped call, they can ensure that defendants and their rights aren’t disconnected.

Jason Tashea writes about technology, policy, and law and is the editor of the JusticeTech Download newsletter. Jacob Zuma Back in Court in Corruption Case