Home News The Legal Implication Of The Draft Crowdfunding Rules By SEC On Private... 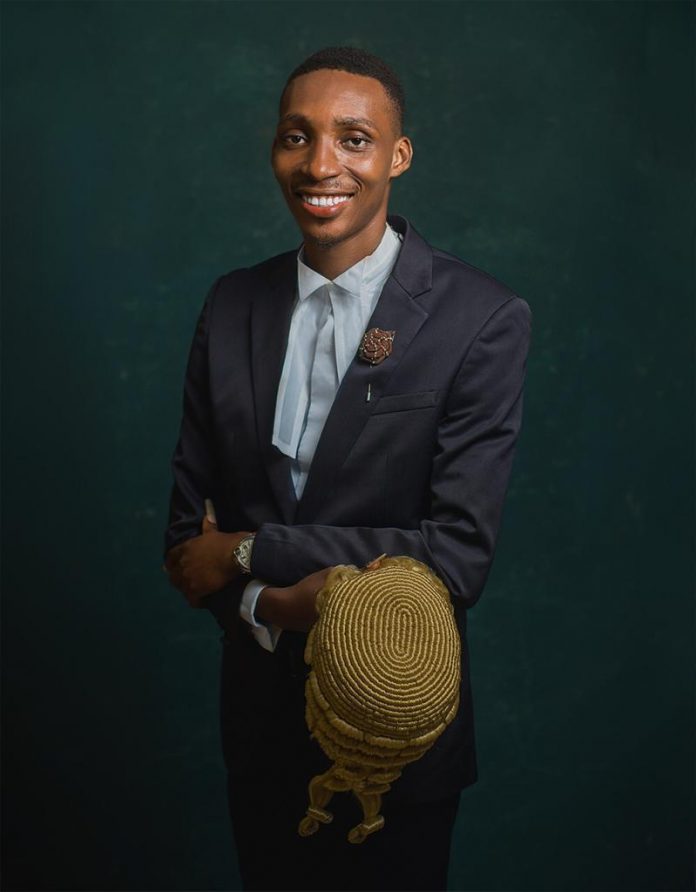 Raising funds to finance capital investment is one of the major tasks of startups. However, this task can prove to be a Herculean one, especially in light of the overwhelming restrictions occasioned by conventional means of raising capital like borrowing of funds from commercial banks, investment from venture capitalist and angel investors which includes loss of equity, loss of control and high interest rates. These considerations coupled with the relatively low cost attached to crowdfunding, has endeared most startups towards exploring crowdfunding as a viable means of raising capital.

This article attempts a lucid demystification of crowdfunding viź-a-viź an examination of the salient provisions of the Draft Crowdfunding Rules published by the Securities and Exchange Commission. Also, given the fact that most startups are private liability companies, this article examines the implication of the Draft Crowdfunding Rules on the provisions of the Companies and Allied Matters Act 2020 and the Investment and Securities Act with respect to proscribing private companies from raising capital.

In most developing countries, crowdfunding is mostly utilised for humanitarian purposes. However, Crowdfunding transcends raising funds to save lives and support academic aspirations. Crowdfunding is the practice of funding a project or venture by raising small amounts of money from a large number of people, typically via the Internet.[1] Crowdfunding has been used to fund a wide range of non-profit, entrepreneurial ventures such as artistic and creative projects, medical expenses, travel, and community-oriented social entrepreneurship projects.[2] According to the SEC, crowdfunding is the process of raising funds to ﬁnance a project or business from the public through an online platform. Crowdfunding exists in three forms:

However, recognising the risk involved in Crowdfunding, the Securities and Exchange Commission (SEC) on August 15, 2016, released a statement imposing a ban on equity crowdfunding activities in Nigeria until the “legal impediments” are removed. The impediments referred to are the extant provisions of Section 67 (1) of  Investment and Securities Act (ISA) 2007 and Section 22(3) &  of the Companies and Allied Matters Act (CAMA) 2020.

In March 2020, The Securities and Exchange Commission pursuant to the powers conferred on it by Section 313 of the ISA, released a document titled “Exposure of Proposed New Rules to the Rules and Regulations of the Commission” (The Rules) which is among other things aimed at providing an insight into SEC’s plans to make the Crowdfunding market a safe, conducive and proﬁtable space for all stakeholders. Important highlights of the draft rules will be considered below.

ALSO READ   Part 2: Legal Practice Discourse Webinar on “Way Out of Slow Pace of Administration of Justice in Nigeria” is on Nov. 25, 2021, at 3pm

HIGHLIGHT OF THE PROPOSED CROWDFUNDING RULES BY SEC

Under the proposed Rules only issuers can raise funds. An issuer is defined under the Draft Rules as the originator, maker, obligor, or creator of the security or investment instrument which is registered with a crowdfunding intermediary (I.e. crowdfunding portal). An Issuer must be accredited and/or accepted by a Crowdfunding Portal to utilise its platform.  However, for the issuer to be eligible for crowdfunding through accepted intermediary it must be either a micro, small or medium enterprises (“MSMEs”), incorporated in Nigeria by the Corporate Affairs Commission, with a minimum of two-years operating track record . Funds may then be raised through a Crowdfunding Portal, in exchange for the issuance of shares, debentures, or such other investment instrument as the Commission may determine from time to time. The Small and Medium Enterprise Development Agency of Nigeria Policy (SMEDAN) on SMEs describes MSMEs as follows:  (a) Micro enterprises are enterprises having less than 10 employees and less than N5 Million assets (excluding land and building); (b) Small Enterprises are enterprises with 10-49 employees and assets above N5 Million but less than or equal to N50 Million; (c)Medium Enterprises are enterprises with N50 Million and N500 Million.

The Rules require a Crowdfunding portal to register with SEC and such a portal can only be operated by a crowdfunding intermediary. Only registered entities as Exchange, Dealer, Broker, or Alternative Trading Facility may be registered as a crowdfunding intermediary. Every platform that facilitates interaction between fundraisers and the investing public for the purpose of any investment-based crowdfunding shall be registered with the Commission as a Crowdfunding Platform, with a minimum paid-up capital of N100,000,000.00 (One Hundred Million Naira).  The Rules provide that: “a dealer registered by the Commission for the purpose of crowdfunding will be considered a ‘Restricted Dealer’ and can only carry out activities covered under this rule. A Crowdfunding portal located outside the country will be considered as operating in Nigeria if it targets Nigerian investors.  A Crowdfunding Platform shall prescribe the minimum threshold for all offers on its platform which shall not be less than 50%. The Proposed Rule also provides that the Crowdfunding Intermediary is prohibited from providing ﬁnancial assistance to investors for the purpose of investing in an offer hosted on its platform, soliciting investments or making recommendations, and acting as an intermediary of secondary trades for securities issued pursuant to the rules.

Under the Proposed Rules, an Investor is any person or entity that seeks to make, is making, or has made an investment in an investment vehicle with the expectation of achieving returns. Investors can invest in companies hosted on the Crowdfunding Portal subject to the investment limit speciﬁed by the SEC from time to time. Retail investors are prohibited from investing more than 10% of their annual income in a 12-month period. Investors will be given a cooling off period of 48 hours from the date of close of the offer within which they may withdraw their investment. Investors are restricted from transferring their securities or investment instrument for a period of 1 year, except the transfer is made to the Issuer or to an institutional investor, or forms part of an offer for sale registered with the Commission. Moreso, if there is a material adverse change affecting the project or the Issuer, investors may rescind the investment within 7 days from the date the material adverse change became public.

The Draft Rules place a financial limit with respect to the amount an issuer can raise on a Crowdfunding Platform. The aggregate amount of securities or investment instruments that can be offered by an issuer within a period of 12 months are: A maximum of N100 million for medium enterprises, N70 million for small enterprises and  N50 million for micro enterprises. These limits do not apply to Digital Commodities Investment Platforms (“DCIPs”) like Farmcrowdy or Thrive Agric which the Rules describe as platforms which connect investors to speciﬁc agricultural or commodities projects in exchange for returns. However, they must obtain a “No Objection” from the SEC to continue operations. They are however proscribed from being registered as a fund manager. An MSME operating as a DCIP is not subject to the limit placed on the amount that may be raised by an Issuer. Any Crowdfunding Portal or Crowdfunding Intermediary that fails to comply with the Proposed Rules shall be liable to a ﬁne of not less than N1,000,000.00 (one million Naira) and the sum of N10,000.00 (ten thousand Naira) for every day the violation continues.

Crowdfunding platforms are also precluded from holding funds during a funding round. Crowdfunding portals are mandated to appoint a financial institution registered by SEC as a custodian who shall establish and maintain a separate trust account for each funding round on the crowdfunding platform. The custodian can only release funds raised to the issuer subject to stipulated conditions and will only release raised funds to the issuer where the 50% minimum threshold of raised funds is met.

IMPLICATION OF THE DRAFT RULES ON PRIVATE COMPANIES

Considering the fact that Section 67 (1) of the Investment and Securities Act (ISA) 2007 provides that “no person shall make any invitation to the public to acquire or dispose of any securities of a body corporate…” unless it is a public company or a statutory body empowered to do. And also the provisions of Section 22(3) & (5) of the Companies and Allied Matters Act (CAMA) which are both to the effect that unless authorized by law, a private company shall not invite the public to subscribe to its shares or debentures and that the number of members shall not exceed ﬁfty (50).

Section 67(2) of ISA goes further by imposing a ﬁne of N50,000 on a body corporate as well as N100,000 for the ofﬁcers and directors of any company in contravention of Section 67 of ISA.

Meanwhile, from the construction of the Draft Rules, it implied that Private Companies that are micro, small and medium enterprise with a minimum of 2 years operating track record can solicit for and raise capital from the public through the instrumentalist of crowdfunding. This would appear to mean that the Draft Rules conflict with and amend the ISA  who is legally impossible (Olarewaju v Oyegemi & Ors(2000) LPELR-6045 (CA) . However, Section 313(1)(b) of the ISA which empowers the SEC to make subsidiary enactments to the effect that certain provisions of the ISA do not apply to a class of provision or class of provision . It could therefore be safe to conclude that the Draft Rules excludes the provision of Section 67 of the ISA from applying to Crowdfunding transactions. With regards to Section 22(5) of the CAMA that a private company shall not unless authorised by law invite the public to subscribe for shares or debentures in the company or deposit money for fixed periods of payable at call, whether bearing interests or not.  Hence the Draft Rules upon approval is an exception to the general rule of the CAMA proscribing Private Companies from raising capital from the general investing public.

The Draft Rules is a welcome initiative as it encourages equity or investment-based crowdfunding in Nigeria as a viable means of raising capital for startups which invariably creates a tremendous increase in capital investments for startups, particularly tech startups. However, the draft rules in its current form raises a number of concerns which include;

It is recommended that the following concerns are allayed by reviewing the suggested areas and effecting a change on the draft Rules.

Kolawole Olaniyi Emmanuel Esq. writes from Lagos. He can be reached at kolaniyi86@gmail.com

[2] Gleasure, R., & Feller, J. (2016). Emerging technologies and the democratisation of financial services: A metatriangulation of crowdfunding research. Information and Organization, 26(4), 101-115.