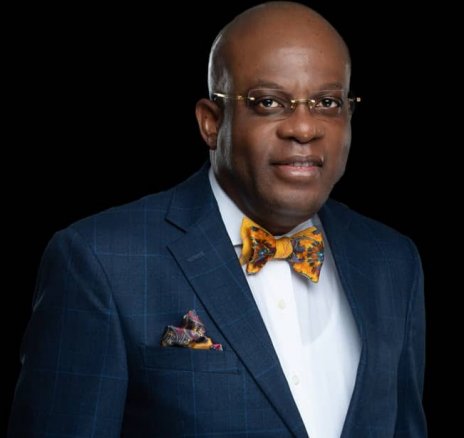 “Upon return for the next NEC meeting, the same tags were returned to the respective NEC members and this has been the culture since 2018. One NEC tag for one NEC member in one NEC term. No reprinting tags. No return of money to the NEC Printer!”

Meetings of the Nigerian Bar Association are above the simplistic coming together of two or more persons to discuss issues of mutual interest. The meetings of members of the NBA are to varying degrees the major decision making organs of the Bar. The essence, in my view, is democratic. And unsurprisingly, by virtue of Article 5 of the NBA Constitution, 2015 (as amended) the supreme authority of the Bar rests in the General Meeting.

At the national end, the NBA is mandated to hold three statutory meetings – National Officers meeting, National Executive Committee meeting and the General Meeting. The monthly National Officers meetings have an expected attendance of the 14 elected officers. The quarterly National Executive Committee (NEC) meetings are attended by almost 500 statutory and co-opted NEC members. The Annual General meeting is open to all members and participants in recent years had hardly been lesser than 1000 in number.

The logistics of holding these statutory meetings are quite heavy on the purse of the association, but we cannot run the extreme by limiting the meetings – both in essence and numbers – as the meetings serve as necessary and statutory checks on the Bar leadership. Thus, while we cannot cut down on the meetings, we can and we have been cutting down on the costs of the meetings since September 2018, when the Paul Usoro, SAN leadership came on board.

It was at the first NEC meeting hosted by the Paul Usoro, SAN administration in December 2018 at the NBA House in Abuja that the tone of changing the status quo was set.

NEC members came expecting their usual hurriedly printed NEC entrance tags, but they were met with bespoke neck tags bearing their names and the duration of their term (2018 to 2020). At the end of the meeting, the Secretariat staff recalled the tags from the participants and kept them. Upon return for the next NEC meeting, the same tags were returned to the respective NEC members and this has been the culture since 2018. One NEC tag for one NEC member in one NEC term. No reprinting tags. No return of money to the NEC Printer!

Hitherto, NBA used to ‘bless’ her NEC members with what was known as NEC Bundle. NEC Bundles were nicely printed hard books with the sober green logo of the NBA on their covers. A flip through the pages welcome you with the glossy pictures of National officers and ordinary prints of quarterly reports of all NBA activities. In a year, a NEC member would go home with 4 of such and if well arranged, you would easily mistake NEC Bundles for useful law books on the shelves of the library of a NEC member. The only difference is that they were bought for the half of a thousand NEC members with NBA funds – running into tens of millions.

Since December 2018, the ‘NEC Bundle’ and its contractors regime has been ousted. In its stead, NEC reports are sent via emails and special WhatsApp Groups to all NEC members prior to the meetings. NEC members are encouraged to attend the meetings with their devices and, in place of heavy NEC bundles, the Paul Usoro leadership makes pervasive fast internet facilities at the venue of the meeting to aid free and easier downloads of the electronic reports. In addition to this, the reports are projected on a large screen for members to follow proceedings.

It was the same initiative that the present NBA leadership adopted on a bigger scale at her first Annual General meeting in 2019. The yearly reports were electronically reduced into PDF formats and were sent to members via emails. By this seemingly simple but ingenious efforts, we saved our association hundreds of millions that would have gone to some printers. And this is one of the reasons we were able to record for the first time ever hundreds of millions as surplus, post -2019 annual general conference.

While the conversation about the NBA picking the hotel bills of statutory NEC members is ongoing, the Paul Usoro administration has made the process more transparent and prudent. Shifting from the earlier system of reserving hotel accommodation for statutory members who may end up not attending the meeting, presently, until a NEC member is confirmed physically present for the meeting, reservations of accommodation are not availed. An indication of the success of this system is that in 2019 and for arguably the first time ever in the NBA history, the present Welfare Secretary, Joshua Enemali Usman returned more than a million Naira of un-utilized hotel bills to the coffers of the NBA.

In respect of meetings of National Officers, long before Covid-19 pandemic, and at the first constitutional amendment opportunity in August 2019, this NBA administration caused the General meeting to amend the NBA Constitution by adding a proviso to Article 8 (6). The said provision now allows for the monthly national officers meeting to hold via teleconference, videoconference and other electronic means, thereby cutting hotel and travel costs that would otherwise have been incurred.

This forward looking provision defines how leadership stands tall to take a peep into the future and face it by earnestly changing the status quo.