Home Opinions The Place of the Nigerian Bar on the Call to Free Inmates... 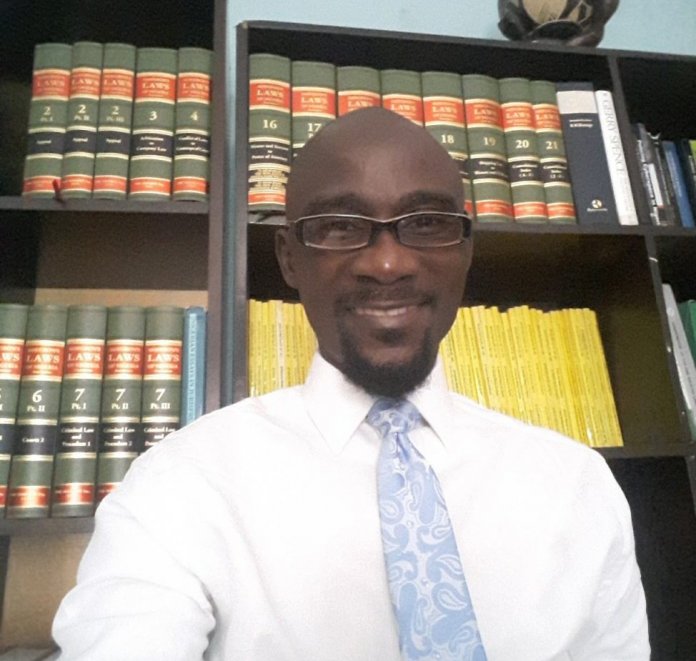 On the 7th April, 2020, I listened to a podcast sent via email by the IBA (International Bar Association).  Leading human rights lawyer and Director of the IBA’s Human Rights Institute, Baroness Helena Kennedy, and IBA Director of Content, James Lewis, discussed the balance between the fundamental priorities of security and freedom and access developments in countries including Hungary, Russia, India, the UK and the US. Though, the discourse was far-fetched about the case in Nigeria presently, but still prompted the following.

I seem to be very much disturbed about the silence of the Nigerian Bar on the need to decongest the Prisons (Correctional Service or Custodial Centres) in Nigeria. I believe that the Bar should be in the forefront of the call for decongestion of the Prisons in Nigeria. If not for any other reason but for the health risk this may pose given the ravaging Covid-19 pandemic. Recall that some Countries have started decongesting their Prison facilities for this purpose and our own Attorney General of the Federation, Abubakar Malami, has followed suit. The best times are here for the Human Right Community only if we take advantage immediately as advised by the A.G.F requesting conditional or unconditional release of awaiting trial persons in Nigeria.

THE ROLE OF THE POLICE AND COURT OFFICERS IN THE CONGESTION OF CUSTODIAL CENTRES.

We must not forget Custodial centres like the Police Stations, Area Commands and, particularly in Lagos State, the SARS (Special Anti-Robbery Squad) with extremely congested cells which are mostly poor in basic hygiene standard. Search light must be beamed on the I.R.T(Inspector General Response Team) too.

The duty is even more on us as the Human Rights Community for the fact that a lot of individuals remain in such custody due to failure of the system to review or check the excesses of both the Nigeria Police and the Judicial Officers (The Magistrates).

The Police as we all know are partly responsible for the loads of unnecessary cases before the Magistrate Courts in Lagos today. This has been confirmed by the Lagos State Government through the Ministry of Justice by its overhauling of criminal cases and the recommendation for necessary screening of cases before being assigned in the Magistrate Courts at all.  The move is to also gradually and systematically withdraw lay Policemen as Prosecutors in our Courts. This is indeed a welcome development that must be sustained and improved upon too. The ultimate effect will be to reduce drastically the number of criminal cases before the Magistrate Courts in Lagos State. This will also reduce the workload of Magistrates as they have been overworked for too long to the extent that cases have become garbage in garbage out.  Given the list of cases on a daily basis, no Magistrate can be at his/her best both judicially and judiciously.

Lawyers suffer a lot too as a result of the physical and mental stress the system has placed on Magistrates because they(Lawyers) are less likely to learn or improve on their knowledge of the law in the circumstance we all have found ourselves. The professional rapport required between the Lawyers and Magistrates to develop the law is daily jettisoned at the earliest opportunity. Avoidable loss of precious man hours has become the order of the day. It should not be lost on the Magistrates that some simple cases can easily be discarded by way of putting the I.P.Os on their toes in open Court to determine if the facts are deserving of the Court’s precious time.  Non-custodial sentencing should be encouraged more on simple cases or misdemeanours at the discretion of the Court.

THE BAR AND FIGHT AGAINST CORRUPTION

Another positive effect of the newly introduced screening initiative by the Attorney-General is the fact that it will also reduce the level of corruption in the Magistracy.

Corruption in this context means the interplay or the exchange of illicit funds generated within the Courts on a daily basis starting from the Investigating Police Officers otherwise called I.P.Os, the Police Prosecutors, the Court Registrars and the Court Orderlies on one hand, and the Magistrates on the other hand. Can we the gentlemen of the Bar honestly deny our complicity in this miasma? We are either directly or remotely involved. From Lawyers who write frivolous Petitions to the Police or who bribe the Registrars or any of the Court Officers to cut corners believing that we are smarter than others forgetting that we are indeed working against ourselves in the real sense.

As we can see, the Court officers are now so brazen in their approach to bribe in criminal matters that even in Civil cases they not only demand “settlement” to issue Hearing Notice or C.T.C of Judgement but will not release to you until you pay a certain amount known to every Court Registrar as the benchmark. Anything less is not acceptable. In fact, we can categorize this set of people (Court officials) as “vulnerable” in this period of Covid-19 for they have not been making the ‘usual daily’ since the stay at home order. This period is bad business for them. Their conduct is a serious bane and drain to law practice as it has always been bad business for the Bar.

The reality that it is bad business for law practice and particularly, the young Lawyers creeps in when Clients pay so much more to the Police or the Court officials and in some cases, the Judicial officers(Magistrates) than they pay the Lawyer. What has the Bar done in this regard? Painfully, we have left this for too long that we all see it everyday and look away. Unfortunately, relying on my personal assessment it has been discovered that the physical cash that moves around daily unofficially or better-put, illegally should be enough to enrich young Lawyers in practice of today.

THE BAR AND THE NEED TO DECONGEST POLICE AND SARS CELLS

Much ado about the Court. Let’s look critically at congestion in the aforementioned SARS cell right inside the Lagos State Police Command, Ikeja. What role and interventions should the Bar put in place in this period?

I am strongly of the opinion that we should take this as a Special Project in this period in the interest of the public at large. I think we should be very alarmed at the treatment of the victims of SARS arrest especially of cases that ordinarily should not be treated by this Police formation or Section. There are a lot of persons in SARS’ custody for no just cause or for no fault of theirs whatsoever but for a bad system that fails to track the activities of Agencies that deal with human lives. Thanks to the scourge of Covid-19 that we can all see clearer the pitiable condition of our medical facilities in the Country. We should take advantage of the same period to see the condition of SARS Cell facilities too.

Should we have to consider the right to individual freedom as against collective public interest we may not readily succumb to the need to be alarmed as I sought earlier. However, if we consider individual right to medical care, abuse of power by the Police during this period and the need for record and accountability on the part of a Government agency like the Police, we should be interested in playing our part as true Defenders of the masses.

Even if the right to health which is a part of the social rights is not justiciable in Nigeria, the right to health in the African Charter to which Nigeria is signatory and has domesticated same as part of our laws, THE AFRICAN CHARTER ON HUMAN AND PEOPLE’S RIGHTS (RATIFICATION & ENFORCEMENT) ACT (CAP A9) LAWS OF THE FEDERATION OF NIGERIA, 2004, will fly. This is enshrined in article 16 and reads as follows: ‘(1) Every individual shall have the right to enjoy the best attainable state of physical and mental health. It adds that States Parties shall take all the necessary measures to protect the health of their populations and to ensure that they receive medical attention when they need it.

It is certain that a lot of people are being locked-up unjustly as we speak without any medical care. This should be a clarion call to us without any external prompting to take up this assignment now that we are less or not busy at all. I dare say that I pledge myself to this project.

I can readily state that the role of the Human Right Committee of Ikeja Branch in ensuring release of innocent persons from Police custody has been impressive and cannot be overstated. The interface between the Branch and Police authority in Lagos State is commendable and should be further exploited without delay.

The Media as usual is expected to be our Partner now than ever as I use this opportunity to invite the press to take this beyond now.