Home Opinions The Role of Peaceful Protests in A Democratic Society 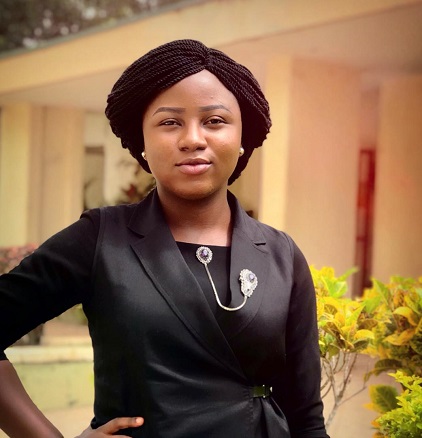 The democratic system of government has been widely adopted in various countries of the world as their mode of governance. It is a concept that has been described as:

“A government in which the supreme power is vested in the people and exercised by them directly or indirectly through a system of representation usually involving periodically held free elections.” [1]

A protest can be defined as:

“an expression or declaration of objection, disapproval, or dissent, often in opposition to something a person is powerless to prevent or avoid”[2]

During the colonial periods of most countries, especially the African countries, the citizens had no voice and could not be heard by the colonial masters. They lived in the shadows and as slaves in their countries. Upon gaining independence, several African countries were taken over by the military which was mainly characterized by a clog in the freedom of speech that should be expressed by the citizens and ruling with an iron fist. The people had no power to elect their leaders at the federal and regional levels, the military government was determined by coup d’etat, which were either bloody or riotous.

In Nigeria, democracy rule fully began in the year 1999 with the emergence of Chief Olusegun Obasanjo as the President under the People’s Democratic Party (PDP). This brought about so many changes and development to the political structure in Nigeria, one of which was the enactment of the 1999 Constitution of the Federal Republic of Nigeria, as amended.

THE LEGALITY OF PEACEFUL PROTESTS IN NIGERIA.

“Every person shall be entitled to assemble freely and associate with other persons, and in particular he may form or belong to any political party, trade union or any other association for the protection of his interests”

The rights contained in the Constitution are inalienable, subject to section 45; the derogatory section. The right to peaceful assembly is not without restrictions but it is such that when infringed upon, individuals or groups can seek legal redress against the erring government agency or individual.

The right to peaceful assembly out rightly emboldens and allows the Nigerian citizen to stage peaceful protests to protect their interests. It is thus, correct to say that actions of the paramilitary and the military to disrupt peaceful protests amount to illegality and thereby unconstitutional, in which the affected party or parties can seek redress and claim damages.

The right to protest was validly given judicial blessings in the celebrated case of INSPECTOR GENERAL OF POLICE V ALL NIGERIA PEOPLE’S PARTY[3], where the erudite Honourable Justice of the Court of Appeal, Justice Adekeye, held inter alia:

“The right to demonstrate and the right to protest on matters of public concern are rights which are in the public interest and that which individuals must possess, and which they should exercise without impediment as long as no wrongful act is done.”

In the case of SHETTON V TUCKER[4], the United States Supreme court observed that:

“Even though the government purpose may be legitimate and substantial, that purpose cannot be pursued by means that broadly stifle fundamental personal liberties.”

This answers the question of the necessity of obtaining the police permit before the right to protest can be exercised as provided under Section 1(2,3) of the Public Order Act[5]

(3) The Governor may authorise the issue of general licence by any superior police officer mentioned in subsection (4) below setting out the conditions under which and by whom and the place where any particular kind or description of the assembly, meeting, or procession may be convened, collected or formed.”

This is an attempt to stifle the free exercise of citizens’ fundamental rights in the course of maintaining law and order.  The Court of Appeal in the case of INSPECTOR GENERAL OF POLICE V ALL NIGERIA PEOPLE’S PARTY (SUPRA) has outlawed the requirement of obtaining a police permit before a peaceful protest can be demonstrated when it held that:

“The police have no powers to stop the fundamental rights of Nigerians to freedom of expression and assembly once those rights are exercised within the ambit of the law. If the demonstrates or marchers breach any law, the Criminal Code is there to take care of such a fraction. The appellant has failed to appreciate the trend in all democratic countries whereby the right to hold meetings and assemblies is no longer subject to the whims of the and caprices of the government or security agents…”

This outlaw is not only in Nigeria but in other climes too and such example is Ghana, where the Ghanaian Supreme Court held in the case of NEW PATRIOTIC PARTY V IGP 1992-93 (585-2000) 2 HRLRA, that:

“Statutes requiring such permits for peaceful demonstrations, processions and rallies are things of the past. A police permit is the brainchild of the colonial era and ought not to remain in our statute books”

Therefore, by these decisions, the provisions of the Public Order Act requiring police permit is unconstitutional, as it is inconsistent with section 40, 1999 CFRN, as amended, and by Section 1(3) CFRN, it shall to the extent of its inconsistency be null and void.

It is the citizens’ reserved right to contest the government that may want to rule them in a manner in which is not in their best interest. The Supreme court remarkably held while explaining the importance of the fundamental human rights of Nigerians, guaranteed under the Constitution in the case of A-G FEDERATION V ABUBAKAR[6] that:

It is therefore evident that the constitution should not be interpreted to limit the rights of Nigerians to organize peaceful protests or subject it to the validity of an institution, body, office, or person when the Constitution has not provided for such. Any other law or provision of any statute that negates the provisions of the constitution or misconstrues the provisions therein, will be declared invalid to the extent of its inconsistency.[7]

THE ROLE OF PROTESTS IN THE NIGERIAN DEMOCRATIC SOCIETY.

As it has been identified earlier that a protest is a means by which the people express their concerns over their interests which is been, or about to be plundered, by the government. Although there are various ways in which the people can reach the government and make their interests and objections known e.g. the National/State Houses of Assembly, the Federal House of Representatives, etc., this medium has usually failed to properly address issues talk less of proffering solutions. This is why the people resolve to protests and rallies during which they publicly make known their agitations for the government to be awakened to.

The following are the roles and importance of the right to protest:

A democratic society holds elections periodically, where the people are allowed to cast their votes for people, they deem fit as their representatives, they have this power vis a vis the power to recall an elected person.

Therefore, when people are allowed to stage peaceful protests, without the fear of the government they elected frustrating and challenging it, it gives the citizens the hope that there is light at the end of the tunnel.

A protest is very relevant in changing the structure of a society, no matter how stringent and inflexible. It portrays the government to the world in a perspective different from what they might normally think of it. It sensitizes other citizens to issues arising from a particular policy of the government, the excesses of a governmental body or institution, that they would not have been sensitive to.

Protests have overtime been instrumental in the development of economies, enactment of laws, even change of government. For example, the freedom from apartheid in South Africa as a result of organized protests by the South African citizens and the outcome is evident. A very recent example is the disbandment of the Special Anti- Robbery Squad Unit of the Nigeria Police Force[8] , after the protest was staged demanding the ban of the unit.

Natural justice depicts fair hearing and the right to protest allows being heard. When the government makes policies, the citizens are not directly involved, their inputs cannot be incorporated and integrated. A protest, therefore, provides an opportunity to present their objections for consideration and possible change.

The price of democracy is the ongoing pursuit in furtherance of a common goal by the majority and the right to protest is a fragment of that pursuit and should not be frustrated but rather encouraged and supported.

Ifedamola Afolayan is a legal practitioner, she writes from Kwara state. She can be reached at: damolaafolayan11@gmail.com.

CCT V CJN: A Case of Fidelity to the Rule of...

Extradition; Where Is Kyari Going?