Home Opinions The Status Of International Treaties Vis-à-Vis Municipal Laws; An Examination Of The... 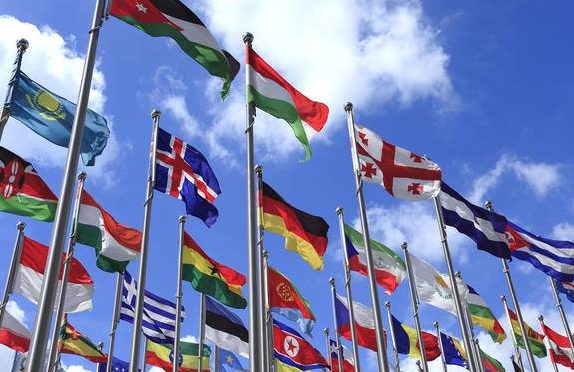 It is imperative, before we delve into the heart of this discourse, to point out that Nigeria operates a dualist system, whereby treaties, including those dealing with human rights, cannot be applied domestically unless they have been incorporated through domestic legislation as laws. This is compliant with Section 12 (1) of the 1999 constitution of the Federal Republic of Nigeria which provides that ; “no treaty between the federation and any other country shall have the force of law except to the extent to which any such treaty has been enacted into law by the National Assembly”.

As earlier stated, Nigeria operates a dualist system, hence, treaties signed and ratified, no matter how beneficial to the citizens are not enforceable within Nigeria if they are not domesticated by virtue of Section 12 of the Nigerian Constitution. The rationale behind this seems to be that treaties are entered into by the head of the executive arm of the government who is the personification of the state’s sovereignty. Consequently, if treaties shall become enforceable in domestic courts without legislative intervention, then by implication the executive will be making laws for the country. Lord Atkin in A.G Canada v A.G Ontario, (1937) A. C. 326 opined that ” there is a well-established rule that the making of a treaty is an executive act, while the performance of its obligations…” Suffice it to point out, any international treaty not domesticated does not constitute part of the law of the land merely by virtue of their conclusion by their country. However, treaties not domesticated can be applied indirectly in an effective manner by infusing their normative contents into constitutional and statutory standards.

The purport of this liberal constructionist view is that, although there is a presumption in favour of domesticated treaty law, in the event of conflict with other municipal laws, such presumption may be rebutted if it is explicitly repealed, modified or varied by a subsequent municipal law.[3] From this decision, there is, therefore, nothing ‘‘sacred’’ about a domesticated human rights treaty law since it can be repealed, modified or varied by the legislature. The only responsibility the liberal constructionist view appears to put upon the legislature is that it can only repeal, modify or vary a domesticated human rights treaty law explicitly, rather than implicitly.[4] This clearly differs from the position of the Court of Appeal which put domesticated human rights laws on a higher pedestal than other municipal laws. The strict constructionists, on the other hand, took the position that the domesticated treaty legislation had no special status and was on par with any other act of the National Assembly. Neither were they inclined to presume that the legislature does not intend to breach international obligations, by holding that domesticated treaty legislation still applies if it is not expressly repealed, amended or varied by a subsequent act.[5] Achike JSC, reading the decision of the strict constructionists, vehemently opposed to the position of the Court of Appeal, stated: ‘‘No authority was given in support of this far-reaching proposition. On the contrary, the proposition is manifestly at variance with section 12(1) of the 1979 Constitution …” Indeed, enacting the African Charter as an Act of our municipal law and as a schedule to the only two sections of the Act, ie Cap 10 LFN 1990, a close study of that Act does not demonstrate, directly or indirectly, that it had been ‘elevated to a higher pedestal’ in relation to other municipal legislations (sic). The provisions of the only two sections of Cap.10, LFN 1990 incorporating the African Charter into our municipal law are conspicuously silent on a ‘higher pedestal’ to which the learned Justice of the lower court arrogates to the African Charter vis-vis the ordinary laws. The general rule is that a treaty, which has been incorporated into the body of the municipal laws, ranks at par with the municipal laws. It is rather startling that a law passed to give effect to a treaty should stand on a ‘higher pedestal’ above all other municipal laws, without more, in the absence of any express provision in the law that incorporated the treaty into municipal law.’’  The Supreme Court held in this case, inter alia, that the African Charter, which has been so enacted into Nigerian domestic law, is a statute with international status that possesses greater vigour and strength than any other domestic statute. Being so, if there is a conflict between it and another statute, its provisions will prevail over the other statute’s.

The position of Nigerian Law with reference to domesticated international treaties is hinged on the supremacy clause contained in Section 1 of the 1999 Constitution of the Federal Republic of Nigeria, which is borne out of the need to preserve her sovereignty and maintain her territorial integrity. Where international law has been domesticated, the terms of the treaty become directly enforceable in domestic courts. A treaty ratified but not domesticated may be indirectly applied if their normative contents are infused into domestic legal standards or aid in the interpretation of a domestic law, or the construction of a similar treaty. It also provides guidance to the National Assembly in the process of law – making even as it borrows a lot from them. However, the relationship of the treaty to municipal law depends on the legal system of the concerned states. Section 12 (1) of the 1999 Constitution does not in any way distinguish between treaty legislation and other municipal laws rights under domesticated human rights treaties. The arguments of both the constructionist and the liberalist have brought to the fore the deficiency of Section 12 (1) of the constitution, especially as regards domesticated human rights treaty legislation. The government may ratify human rights treaties for the benefit of its citizens, enact them as law and then subsequently repeal, modify or amend the laws to deprive its citizens of the benefits of the treaties. Since the Constitution did not make provisions for the status of domesticated treaties viz a viz municipal laws, it is recommended that this Section be amended to delimit the status of domesticated international law or treaty vis-à-vis municipal law.

ALSO READ   Records of Proceedings in Our Courts of Justice: A Call for Modernization

However for resolving cases of clash between treaty legislation i.e domesticated legislation and municipal laws, the case of Akintokun V LPDC is apt.  In Akintokun v LPDC (2014) LPELR-22941@62, where there are two inconsistent statutes, the latter in time prevails. Moreso, based on the principle of lex specialis derogat generali ( meaning specific law prevails over general law in the event of conflict ) a domesticated treaty which regulates specific matter, should supersede an ordinary statute conversely , an ordinary statute which regulates a specific matter should supersede a domesticated treaty.

The current position of Nigerian of the Supreme Court on the status of domesticated International treaties viz a viz municipal law is consistent with the provision of Article 27 of the 1969 Vienna Convention on the Law of Treaties which provides that ‘ a party cannot invoke the provision of its internal law as basis or excuse for its failure to perform a treaty obligation’, hence the position of the supreme court that international treaties possesses greater vigour and strength than any other domestic statute is compliant with international standards.

Kolawole Olaniyi Emmanuel is a legal practitioner and he writes from Lagos. He is an International Law enthusiast, who also has keen interest in Intellectual Property, Corporate Practice, Entertainment and Media law. He can be reached at Kolaniyi86@gmail.com.

Why the Conviction of Funke Akindele Cannot Stand in Law –...