Home NBA News This is Not Politics – NBA Ikeja Chair Reacts to Outcry on... 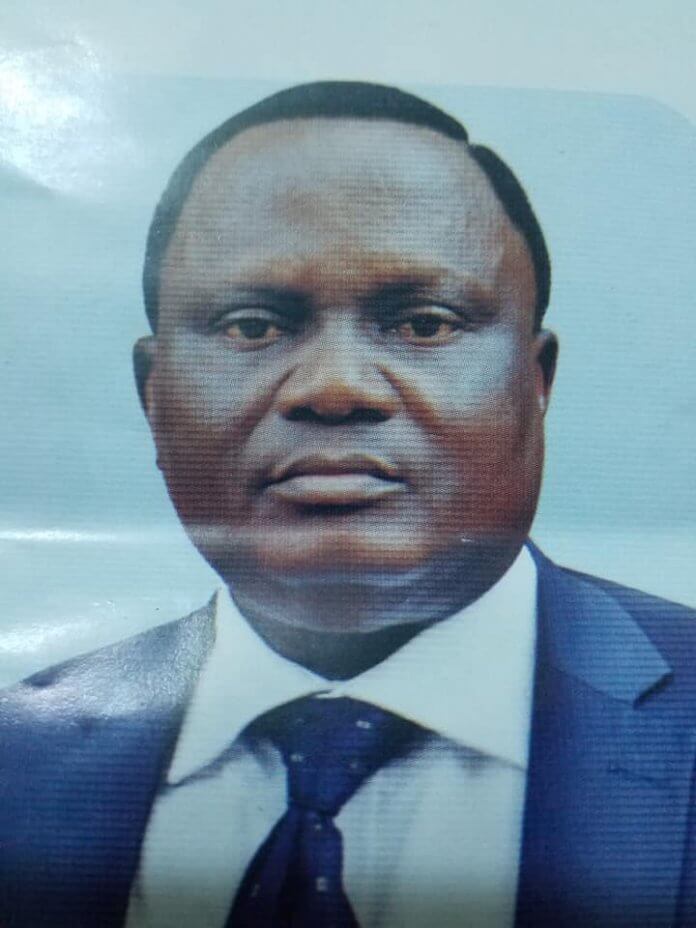 The Chairman of the Nigerian Bar Association (NBA)Ikeja branch Mr. Dele Oloke has said that the Finance and insurance committees set up by the branch to investigate alleged misappropriation of funds by the past administration has got nothing to do with politics.

Mr. Oloke was reacting to Mr. Adesina Ogunlana’s indication that the committee set up was a political move by his opponents in the branch. Read here

According to Mr. Oloke, the committee which comprises seasoned professionals was set up to enable the new executives internalize the alleged financial infractions with a view to solving them

“This is not politics. The summary of what is playing out in Ikeja ,the Excellent Branch of the NBA is that people abhor credible and honest change in Nigeria. I must quickly say something. The character, comportment and attitudinal behaviour of many lawyers cannot be different from their antecedents as ordinary law students. The universities and the Nigerian law school must refrain from bending the rules to accommodate students that are fit to be thrown out, or have been thrown out of the academic windows lest they become pests and locusts to Professional bodies like the NBA. Dele Oloke Esq. is not one of the financial petitioners to the EFCC on the issue of the economic infractions allegedly committed against the finances of Ikeja Branch.

In fact, the petition preceded our present Exco by one year. It has gone viral on the social and print media before Ogunlana conducted election that we won convincingly in spite of his shenanigans and neophyte political tricks. The said petition of 4 people was swept under the carpet by the NBA. Irked by this development, the petitioners then forwarded their petition to the EFCC since some people failed to call in the disciplinary mechanism of the NBA in aid of their petition. Some of the petitioners were resolute in their fight for justice because it has to do with failure to remit Insurance premium to the insurers under the branch Group Life insurance scheme and the failure of the beneficiaries to get claim at the death of their loved ones. Kindly note the withdrawals by certain individuals from the insurance account as stated and published by the blogger while the families of the contributors get nothing. When our Exco came on board,I tried to internalise the financial infractions so we can resolve it in house and 2 committees were put in place. I adopted the strategy so that we can resolve our difference at home but these characters refuse to attend the sittings of these committees. Let me say that the committees were made up of and headed by seasoned and responsible professionals like PastorDr Fred Odutola, Olukayode Enitan SAN, Mandy Asagba, Mrs Bona Okigbo, Mich Umunna etc.

For the Six month sitting the characters led by Sina Ogunlana treated the branch committee with contempt and unwarranted disdain. However, credible members of their Exco including his Vice Chair and some responsible individuals attended the meetings and gave financial account of their stewardship. The findings came out and it became established that former Branch officers were signing Ikeja Branch cheques for and in the name of Ogunlana, he pays the cheques into his personal account with First Bank from where he does whatever pleases him with the money. The Treasurer,Fin Sec, Branch Secretary and the vice confirm this development to the committees. Resultantly, #11.6 million was said to have been withdrawn from the branch insurance scheme account personally by Ogunlana not being an insurance underwriter with cheques signed for him by signatories whose tenure expired 2 years earlier. When the findings became public,they alleged lack of fairhearing when infact they refused to utilize the opportunity of being heard contrary to the age long admonition of My Lord Oputa JSC.

All the Elders and SAN in Ikeja Excellent Branch pleaded with the committees to hear the characters. The meetings of the Elders are usually held in the office of Dele Adesina SAN and I must say that he was of the concerned opinion that there must be soft landing for those involved. This fact I’m bold to say is known the National NBA. The committees in deference to the branch Elders made up of all the SAN in the branch resolved that Ogunlana’s response to the allegations against him would not have made any difference to their earlier findings of fact since he could not explain what he did with the branch money personally withdrawn by him with the aid of Farounbi and Kappo ex officers of the branch. This practically explain the reason behind the resolution of Dec 2nd at the branch monthly meeting. I must say that before the expiration of the 30 days given to them for refund, a branch member that was given #500,000. from the branch Group Life insurance scheme has refunded the money through UBA cheque. He said he didn’t know it was a loan since he was told by Mr Farounbi that it was an assistance for health related issue.