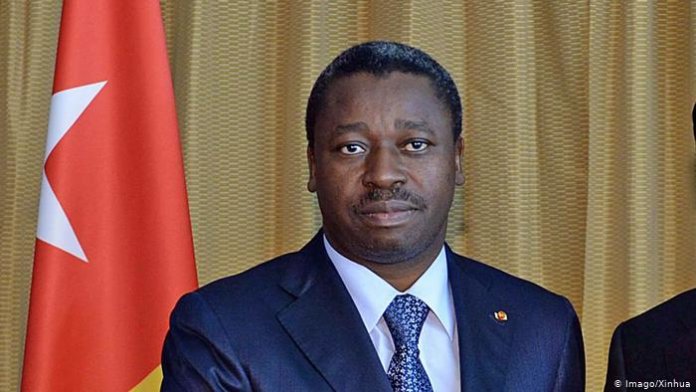 Togo’s Constitutional Court on Tuesday rejected opposition claims of electoral fraud and declared Faure Gnassingbe the winner with more than 70 percent of the February vote and president for a fourth term.

In the final tally, the incumbent garnered 70.78 percent of the ballots while opposition leader and former prime minister Agbeyome Kodjodes took 19.46 percent, the court said

“Having obtained the absolute majority of votes in the first round of the ballot, Mr Faure Gnassingbe has to be declared elected president of the Republic,” announced Aboudou Assouma, president of the court.

A petition filed by Kodjo, who heads the Movement of Patriots for Democracy and Development, was annulled by the court which found it “lacked evidence likely to support the allegations.”

“I dispute with all my strength these results,” Kodjo, who had declared himself the winner before provisional results were released, told AFP.

“I consider that I am the legitimate victor in this election. I will continue to claim my victory,” he added.

The former prime minister, alleged “serious irregularities” in voting, including ballot stuffing and the use of fake polling stations.

Togo’s bishops, who back Kodjo’s movement, on Monday put out a statement critical of the election noting it took place “in a relatively calm climate” but “as far as transparency and fairness go the same cannot be said”.

Neither colonial power France nor the European Union has commented on the outcome of the ballot which keeps the Gnassingbe dynasty in power for more than half a century.

The United States voiced concern over the limited checks on voting and urged the Electoral Commission to publish results polling station by polling station for greater transparency.

Some 300 international observers were deployed, mainly from the Economic Community of West African States (ECOWAS) and the African Union, with many African states supporting the incumbent.

Gnassingbe, 53, has led the country of eight million people since taking over in 2005 following the death of his father Gnassingbe Eyadema, who ruled with an iron fist for 38 years.

The electoral commission said turnout was over 76 percent. Gnassingbe’s tally was by far the biggest of all the successive elections he has won.

The president has insisted his continuing rule for five more years was central to ensuring security in Togo and preventing jihadist violence spilling over from Burkina Faso to the north.