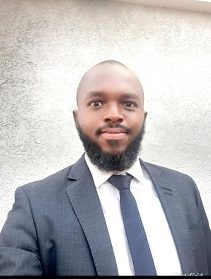 By His Worship Adedeji Adebisi

All Courts of record in Nigeria derive their powers to administer justice from Section 6 of the Constitution of the Federal Republic of Nigeria 1999 (as amended), judges of Customary Courts form part of the system of courts in Nigeria. May I hasten to say that, respective State Houses of Assembly are empowered under aforecited section of the Constitution to establish Area and Customary Courts for the administration of justice at the grassroot level. They are saddled with the duty to administer justice without regard to technicalities and procedures of adjudication; thus, these courts as earlier stated can safely be referred to as grassroot courts. The reason for this is not far fetched, they owe their existence to the fact that they are close to the people and their procedures are not alien to the people.

Moreover, statistics show clearly that almost all cases involving land in the rural areas, marriage, inheritance, guardianship and custody of children are determined by Customary Courts. The society at large, both the educated and uneducated populace need to know that, not approaching a Customary Court for any of above listed matters in deserving situation is an attempt to shortchange themselves. In addition, it is a no-brainer that the bulk of appeals from these Customary Courts often go to the Customary Court of Appeal in states that have this specialised appeal courts. Due to the unique nature of the Customary Court of Appeal, they are naturally positioned to dispense justice faster than any other appeal court imaginable, presumably because they are not swamped in all manner of appeals that have no cognisable customary issue to be decided before them.

Generally speaking, what is the essence of a Customary/District Court? The Black’s Law Dictionary defines District Court as “a trial court having general jurisdiction within its judicial district to hear and determine causes or matters …” I shall simplify this by saying, Customary Courts are courts that are established by individual states to exercise summary jurisdiction over native persons; these courts are to apply native Law and Custom prevailing within their judicial districts in both civil and criminal matters pursuant to provisions made in this regard by the rules of these courts from state to state.  They are principally charged with the task of judicially eradicating customs that are repugnant to natural justice, equity and good conscience, when matters relating to these repugnant customs are brought before them. Over time, as a result of consistency in clamping down on these repugnant customs, the people learn to deviate from them and the society generally gets better for it.

In the Southern part of Nigeria, these courts are known as Customary or District Courts while in the Northern part, they are called Area Courts. They have criminal and civil jurisdictions. In civil matters, proceedings before them are governed by the provisions of the Area/Customary Courts (Civil Procedure) Rules, the Area/Customary Courts Law and other relevant laws enacted in various jurisdictions. For example in Ondo State, the relevant laws and rules are, Customary Court’s Law CAP 41 Laws of Ondo State, 2006, Ondo State Court Rules. It is also pertinent to note that,  from time to time, the President of the Ondo State Customary Court of Appeal being the head of the Customary Court performs oversight functions over these Courts. The President is empowered to make Practice Directions to supplement any evolving practice deserving of quick direction as to what should be the uniform approach on any issue.

Specialised courts are manned by judges that have special knowledge and expertise in a particular area of law. This invariably means certain types of cases are handled somewhat differently, possibly even separately from the rest.  Judicial specialisation is trending all over the world and in all types of legal systems. Flowing from the above, Customary Courts as specialised courts are positioned to dispense specialised and undiluted justice to the grassroot people that are the principal reason for the establishment of these courts.

WHY DO YOU NEED TO INSTITUTE YOUR CASE IN A CUSTOMARY COURT IN DERSERVING CASES?

Customary Court’s importance in our legal system cannot be overemphasised. This is so because, these courts procedure and proceedings are simple and not alien to the rural people and almost all cases involving marriage, succession, inheritance, guardianship, custody of children, land matters in the rural areas and even some contractual relations are meant to be determined by the Customary Courts. Also, these grassroot courts are not courts that allow technicalities to override substantial justice. For instance, if certain technicalities are likely to cause hardships, the court will disregard them if the end of justice will be met; the unmitigated import of the above is that, the Customary Court is better positioned to dispense justice, simpliciter. Again, these courts are also important because they ensure that even those in rural areas and the less privileged get access to justice in a country like Nigeria where majority of the populace live in rural and unsophisticated communities.

On the pain of emphasis, this is a clarion call on parties and lawyers not to hesitant to file their cases before a Customary Court, and as well institute their appeals  before the Customary Court of Appeal in any matter that has a touch of custom. There can be no speck of controversy that, the Customary Court is better positioned to dispense quick, quality and ground breaking justice; especially in Ondo State where we currently have Legal Practitioners presiding on the bench of the Customary Court. It is not productive or profitable to fish for jurisdiction in other courts on matters that the Customary Court can as well exercise jurisdiction upon.

His Worship Adedeji Adebisi, HND(TRP), LL.B (Hons.), B.L, LL.M (Hons.) is the Presiding judge of a Grade “A” Customary Court and the Special Duties Officer to the President, Customary Coury of Appeal, Ondo State.

Software as a Form of Creativity: An Examination of its Protection...