Home Foreign Jurisdiction U.S Executes Brandon Bernard, Who was 18 at the Time of His... 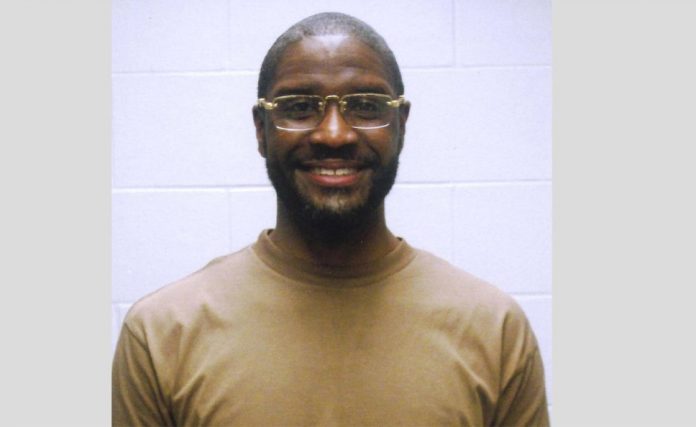 Brandon Bernard, who was 18 when he took part in a 1999 double murder in Texas, was killed by lethal injection at a federal prison Thursday, despite eleventh-hour attempts for court intervention.

The case drew renewed interest in recent weeks and sparked debate about whether the death penalty is a necessary punishment for someone who was barely a legal adult at the time of the crime. Bernard, who was 40 when he was executed, was the youngest person, based on his age when the offense occurred, in nearly seven decades to be put to death by the federal government.

The Supreme Court denied a request for an emergency stay Thursday night, and Bernard was pronounced dead at 9:27 p.m.

In the moments before his death, a calm Bernard spoke directly to the family of the couple he killed. “I’m sorry,” he said. “That’s the only words that I can say that completely capture how I feel now and how I felt that day.”

“Brandon made one terrible mistake at age 18,” said the lawyer, Robert C. Owen. “But he did not kill anyone, and he never stopped feeling shame and profound remorse for his actions in the crime that took the lives of Todd and Stacie Bagley. And he spent the rest of his life sincerely trying to show, as he put it, that he ‘was not that person.'”

Bernard was the ninth person put to death by the federal government this year after the Justice Department resumed executions in July after a 17-year hiatus on the federal level.

This year, fear over the spread of the coronavirus in prisons has largely led states to put holds on executions. But the surging numbers of Covid-19 cases and deaths in recent months have not deterred the federal government from acting in the final weeks of Donald Trump’s presidency.

Bernard’s attorneys asked a federal appeals court Wednesday to temporarily halt his execution while they pursued claims that the prosecution at his trial unconstitutionally withheld evidence that would have led jurors to give him a life sentence. Five jurors have since come forward to attest that they no longer support the death penalty in the case, while a former prosecutor who challenged Bernard’s appeal of his death verdict said she did not believe he should be put to death, in part, because he was a teenage offender and had become a model prisoner.

“Given that five jurors no longer stand by their death verdict, Brandon must not be executed until the courts have fully addressed the constitutionality of his sentence,” Owen said.

In the Supreme Court’s decision to decline a stay Thursday, Justices Stephen Breyer, Elena Kagan and Sonia Sotomayor would have granted the request.

Kim Kardashian West, who has championed criminal justice causes, again asked her millions of followers on social media this week to appeal to Trump to commute Bernard’s sentence. She tweeted Thursday: “Just spoke to Brandon for what will likely be the last time. Hardest call I’ve ever had.” She added that she was in tears.

Terrible news from the 7th circuit:

IT IS ORDERED that the Emergency Motion for Stay of Execution Pending Appeal is
DENIED.

This is why judges matter. #SaveBrandonBernard

Democratic Sens. Dick Durbin of Illinois and Cory Booker of New Jersey, members of the Judiciary Committee, had also urged Trump to grant clemency, arguing that “the death penalty in the United States is fatally flawed in its imposition and is disproportionately imposed based on race.”

Attorney General William Barr said in July that those slated for death were “among the worst criminals” and acknowledged a desire to bring justice to the victims. The Justice Department did not respond to a request for further comment on the next batch of planned executions. What Law Firms and Judges Can Do to Increase Role of...